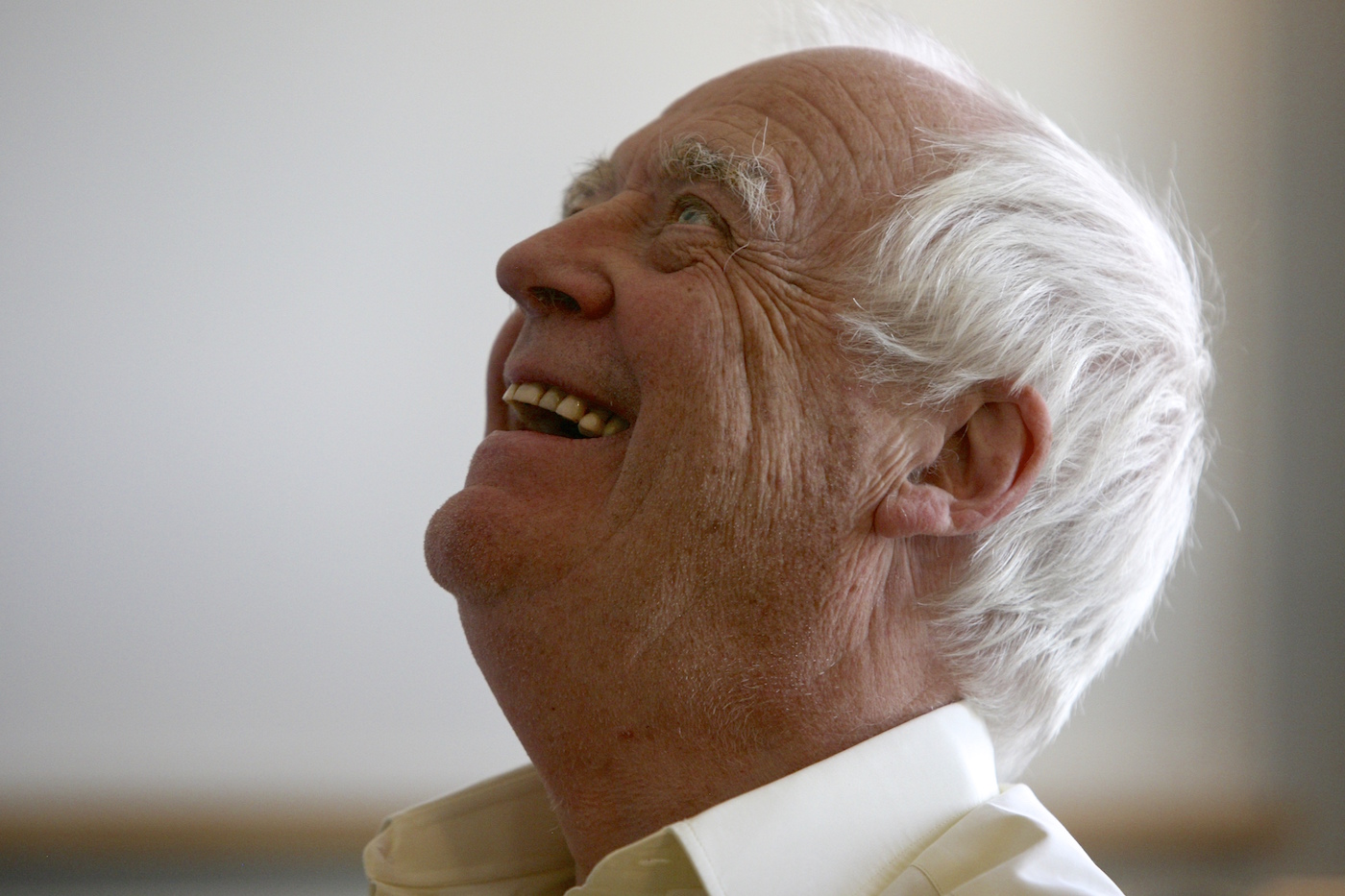 “I bought all of Buddy Holly’s records while he was still alive.” So mused famed lyricist Tim Rice, the word man for Jesus Christ Superstar, Evita and The Lion King when he was in the area for the North American premiere of the musical adaptation of From Here to Eternity, now running through July 20 at Auburn’s Merry-Go-Round Playhouse. Eternity’s action is set at an Army base in Hawaii in the days before the 1941 Pearl Harbor attack. In choosing the words to be sung, Rice is confident he knows how Americans talk.

In a career stretching back more than 50 years, Rice — knighted “Sir Tim” by Queen Elizabeth II — has been the single most successful words-to-music man on both sides of the Atlantic. He first hit it big while still in his 20s in collaboration with Andrew Lloyd Webber with Joseph and the Amazing Technicolor Dreamcoat, Jesus Christ Superstar, then moved on to Evita and most recently in the stage version of The Wizard of Oz.

Rice subsequently linked up with fellow Britisher Elton John for Aida and The Lion King, also under the Disney imprint. Then with Disney’s favorite composer, Alan Menken, Rice penned the words for Beauty and the Beast, King David and Aladdin. In From Here to Eternity, his characters speak and sing in specifically American and regional voices for the first time.

The impact of American idiom on British pop music is hardly news. It’s palpable in the output of working-class kids like John Lennon and Paul McCartney. Rice, in contrast, was born in an elegant country house in Buckinghamshire and attended exclusive private schools.

Nonetheless, he remembers, “You can’t underestimate how exotic and powerful we found figures like Little Richard, Jerry Lee Lewis, Chuck Berry and Buddy Holly. That was when most of us knew nothing about the United States, and almost nobody — maybe 3 percent — might ever have been there.”

This led to a lifelong obsession. For BBC Radio 2, the lyricist hosts a weekly series titled Tim Rice’s American Pie, which explores the music and musicians of each state in the USA. “California, Texas, Louisiana and New York are easy to cover,” he says, “but Delaware can be a bit of a challenge.”

Tim Rice was the star collaborator on the version of From Here to Eternity that opened at the Shaftesbury Theatre in London’s West End in October 2013. The score by Stuart Brayson features musical styles popular just before World War II, like blues, swing and big band, but also anticipates the rise of rock’n’roll to come in the next decade. Brayson was an unknown who had hounded Rice since the 1980s, sending cassettes of new developing work, until he won him over with proposals for Eternity. Initially, Rice thought he would produce the show, but his involvement has grown over three years, culminating in his arrival at Auburn’s Finger Lakes Musical Theatre Festival.

Most of the action takes place among the uniformed men of Company G in the Schofield Barracks. There are regional conflicts, with characters from New York and Kentucky, and class tensions, as between resentful enlisted men and smooth-talking officers.

The book by Bill Oakes for the 2013 production does not draw from the Oscar-winning 1953 film nor the 1951 National Book Award-winning novel by James Jones. Instead, the model for the show is the original unexpurgated text for the novel, refused by Jones’ publisher Scribner’s, that did not appear until 2011, and then only in e-book format. Among the sharpest differences between the unexpurgated original text and the 1951 novel is the presence of openly gay troops in the peacetime Army, but also of the existence of a gay prostitution ring ignored by officers.

The 2013 show received mixed notices, with the most praise coming from Henry Hitchings of The Daily Express and Paul Taylor of The Independent, who was especially keen on Brayson’s catchy and eclectic score. Quentin Letts of The Daily Mail could hear echoes of Nat King Cole in Rice’s lyrics for the number “Marking Time.” Eternity ran six months until March 2014. An original cast album was released in July 2014.

One of the most significant audience members was visiting American director and choreographer Brett Smock, New York City-based but long associated with summer theater in Auburn. In June 2014, he took charge of the Merry-Go-Round Playhouse and Finger Lakes Musical Theatre Festival. He reports that “I saw the show in London and was very taken with its power and message.”

At its launch a few years ago, the festival began to aim for a more national profile, partially achieved with The Pitch, the forum for aspiring composers and lyricists. The North American premiere of a Tim Rice musical boosts company stock. Smock directs From Here to Eternity, supported by longtime musical director Corinne Aquilina.

Despite the disappointment of the London production, interest in the show remained high. One champion was author James Jones’ daughter, Kaylie, whose novel, A Soldier’s Daughter Never Cries, is a fictionalized account of her father’s last days. None of the fans of the show, however, stood higher than Tim Rice himself, who appears to be the most responsible for bringing it to America.

Coming to Auburn with Rice is a company of six from London, headed by Sir Tim’s son Donald Rice, known for such film comedies as Cheerful Weather for a Wedding (2012), with Elizabeth McGovern. Also along are the original show’s author, Bill Oakes, and the composer Stuart Brayson. The younger Rice allows that two songs have been altered but that there are few structural changes. He also assures audiences that the beach scene from the movie, not found in either the 1951 novel or the 2011 unexpurgated text, will be evoked on stage.