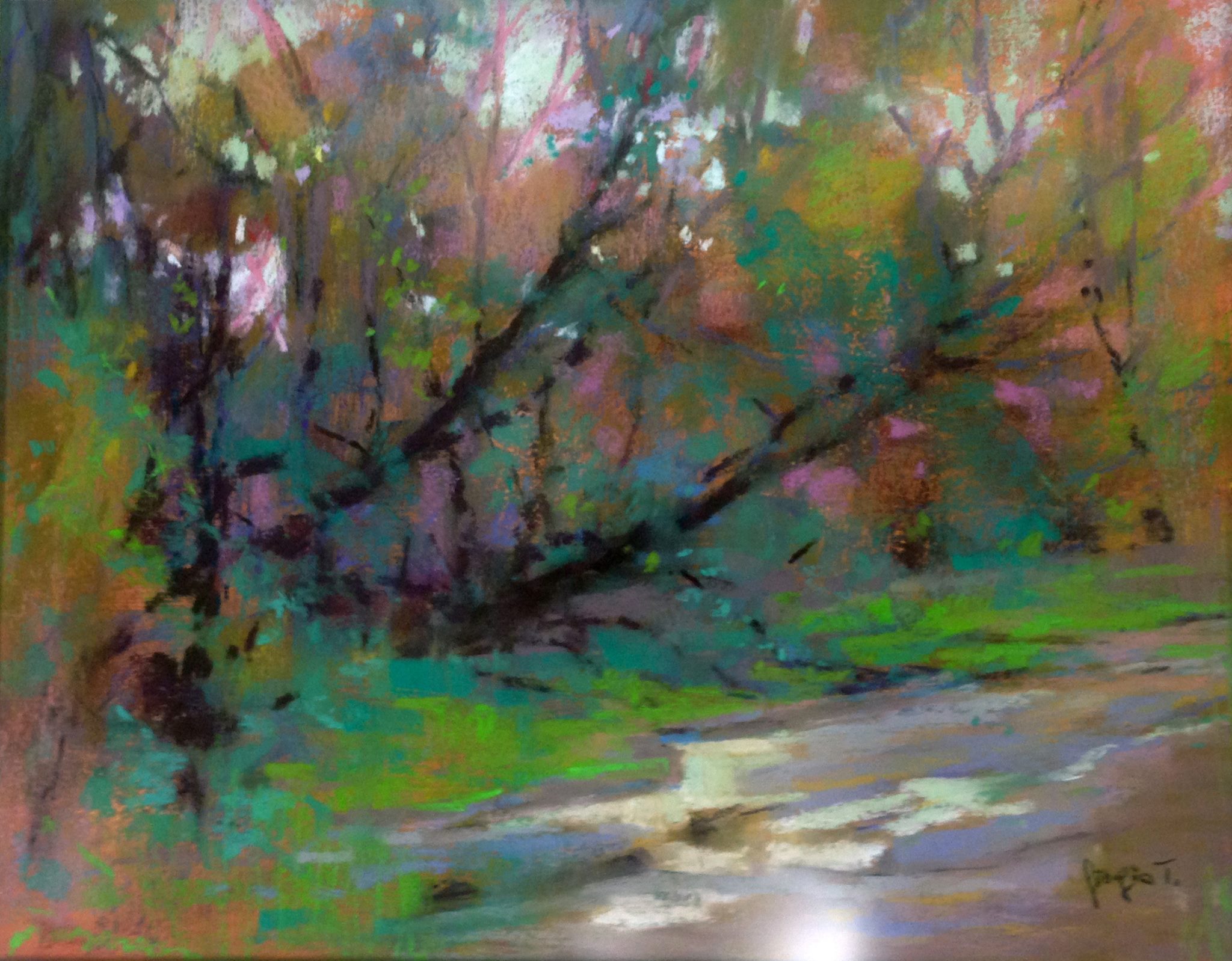 Commonspace Crafts hosted its grand opening on Sunday Nov. 9, featuring the work of eleven local artists. The gallery will show the artists’ work for the next two months. In 2012, Brian Caufield, a software developer, partnered with real estate developer, Troy Evans, to renovate the CommonSpace building at 201 E. Jefferson St. They created a shared space for other local freelancers on the second floor. However, the first floor was empty, so Caufield and Evans decided to transform it into an art gallery. Caufield’s wife, Kathy Barry (better known as Babouska) is an artist as is his sister-in-law, Theresa Barry. He reached out to the other participating artists on social media.

A collection of Barbara’s Bags | Photo by Leanna Garfield

One crafter, Barbara Conte-Gaugel, has been painting for 15 years, but just recently quit her school librarian job to pursue art full time. At CommonSpace, she is showing her handmade handbags, appropriately named “Barbara’s Bags.” The colorful bags each feature a different design. Conte-gaugel said she always uses vintage fabric and buttons and rarely makes two of the same. “I consider each bag a design project in its own,” she said.

Sculpture artist Don Deschamps said he was impressed with the homegrown feel of the gallery. “From my experience, it’s hard to find a good venue today,” he said. “So many venues are booked a year in advance. To find something on a Tuesday and your work is showing on a Sunday is incredible.” “She Sells” by Don Deschamps | Photo by Leanna Garfield

Deschamps works as a carpenter by day and uses his construction skills to build his pieces. At CommonSpace, he is showing four pieces, including a seashell-covered bra, titled “She sells.” Deschamps said he collected the shells from a beach in New Zealand.

Caufield said the main goal of CommonSpace Crafts is to promote local artists. “Syracuse has turned into too much of a business city,” he said. “We’re big on making downtown a vibrant arts community.”

He also said he also hopes that the gallery will be able to sustain for more than two months. “Hopefully there will be an amazing, clamoring response from the art community so that we can continue.”

Two to Tango
Death by a Thousand Cuts
To Top