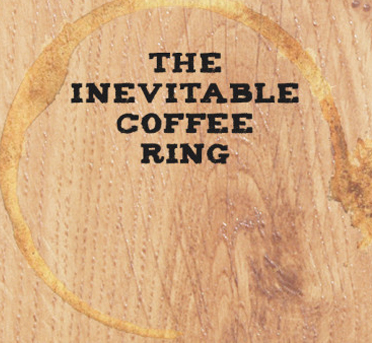 How you look can either deter or attract someone.

Most of my friends have better halves, and the percentage of friends who do not sits in the single digits. I don’t do guys nights out normally, but would for a bachelor party (typical) or when I’m off the market (rarely). Whenever a night out presents itself, yours truly is a wheel that is described numerically as a prime number. It’s all good and embraced, though. It doesn’t bother me that much, because if it did … well, perhaps something would have been done by now. However, should the opportunity to wing man it up, I’d excel at it. More on why in a moment.

The other night, primarily for writing purposes, fake-named Bobby and Amy gratefully joined me for a couple hours in Downtown Syracuse. It was supposed to be a nice and low key evening that started out at Al’s Wine & Whiskey Lounge and ended at The Blue Tusk. Once you’ve been to these places, it’s easy to write about them, but sometimes you need a refresher or update. It’s similar to updating or backing your smartphone; sure, there might be a couple updates and insignificant changes, but it is good to have them just in case. We spent the majority of the time taking in the atmosphere, checking out people and their style and lack of style, different story angles, and lots of people watching.

A college friend of mine talked about how guys in Central New York loved women with tattoos; the more, the better. She’s a nice girl, and she has a fair amount of ink. Her words make sense, because I’m attracted to women with tattoos; however, in my opinion, there can be too many tattoos.  I love half and full sleeves, especially when they are done well. A good tattoo is easily noticeable over a bad one despite my having none … yet. At the same time, on the opposite side of the spectrum, it’s been heard that women in Syracuse — the young, the professional, the not-so-young, and the not-so-professional (feel free to mix-and-match) — have this criteria that they want a certain type of guy. Should they prefer the (common) dark, tall, handsome, and particularly wealthy male is up to them.

This is concern on the street. I do talk to people, and sometimes they are strangers; sometimes I overhear golden nuggets of perspective. However, this is Syracuse; this is not a bigger city. The bigger city women are a whole different breed themselves, and seemingly for the better.

An option to help fix yourself would be to refer to dating how-to’s or online articles, but all of those are redundant and sometimes bullshit; they could dig your hole deeper. Please see the WikiHow article to see how not to write a list of recommendations. There is an issue when an article states the #2 point is that you have to “Be a good looking guy” and “To initially get a girl’s attention, you’re going to need to be at least somewhat good looking.” To make things worse, that bullet links to another page; due to the link’s placement, it should tell you how to become better looking, but it simply leads to another article with redundant information.

Point #14 (on How to Be Attractive to Women): “Be Interesting. Lead an interesting life outside a relationship.”

However, it is true. How you look can either deter or attract someone. Looks are not everything, which is absolutely true, but appearance is the first thing noticed … especially if you are wearing caked-on clown makeup or a bag over your head.

The truth is we all would like to be with someone confident; unless you prefer to manipulate — in that case we have no room for you at this party. Confidence can be misconstrued with arrogance. Such atrocity and unreliability could lead to possible deception down the road of the relationship should that person feel untouchable and believe they can do what they want. Whether the person — male or female — is bored or unchallenged, they could find another person to meet that challenge. This post is not about infidelity, because those people can take a bus out of here since no one wants to particularly date them.

This has happened twice to me. The first was with a girl I met in the hay-day of A.O.L.’s last big effort. She wanted to get back at her cheating boyfriend, but told me that I was too nice of a guy to mislead. The second was at Coleman’s one delusional night of my mid-20’s. The girl in question told me to meet her by the upstairs bathroom in five minutes. As we both rounded second base, she admitted to having a boyfriend. I took a step back to stop the encounter, and downstairs I went. Her drunken friend found me, looked at me dead in the eye and said she was jealous of her friend. I told her it was pathetic and that nothing happened before returning to my friends.

If you are going to change –you have the ability to — you’re going to have to confront yourself, challenge your willingness to change, and continue on that path of being that stronger person.

I lack confidence in the approach.

There is personal success in the world of non-verbal communication. There is no crossing of my arms while sitting or standing. My right hand is free to shake hands at a moment’s notice. Eye contact is good, but could be worked on. If my mouth is not smiling, that scenario is fixed. It’s just actually talking to the other person that frightens me. Perhaps its the anxiety of meeting someone in a bar.

However, confidence was high, and there wasn’t an eyesore in Al’s. The three of us made our way through the bar. Eye contact made, smiles were reciprocated. We snagged the far back nook of the bar, the quiet corner where the couch and chairs sit for a small group or date’s enjoyment. When we arrived at Tusk, my pointing out an attractive female allowed Amy to take the reigns and wing for me. I froze.

I try not to use a wing man or woman, because my friends have no problem approaching another and considering my hesitating, I’d be a great wing man, because there is nothing to lose on my part. I can talk someone up really well, but helping myself is a different ballgame. Should my designated winger approach the female in question: cue my being skittish and retreating to find a place to hide; however, being 6’1″ doesn’t really benefit.

Should I make a connection:  my tongue may disappear, words won’t form, and this illustrates my running into a wall.

Should I make a connection, there is a significant chance that someone seemingly better — probably some guy with an accent — will push me out of the way.

Should I make a connection, conversation is made and numbers are exchanged, there is much excitement leading up to telling my friends.

Should I make a connection and she is too much, too soon … I scare easily, and I’ll slowly my interest and my feet will ebb from her.

However, confidence is sexy. When the girl in a New York City bar beckoned me over to her with her hooking finger, it was interesting and warming. When she grabbed my tie and started talking to me, it was mind boggling reassuring. I spoke to her and her friends for a good ten minutes before returning to my friends; upon finding out I was from Syracuse, the brunette wanted nothing to do with me. It’s uncertain whether it was the distance or she had some issue with our city.

It’s been a month. A dating update was needed. Trying a third and last dating website is being considered.

It’s all about the stories.

Christopher Malone plays with more thoughts and words at his blog, The Infinite Abyss(es), and at Kinani Blue. He can also be found creating worlds and playing with invisible objects with the Syracuse Improv Collective.  Feel free to tweet at @Chris___Malone, or email him (for a date?) at cspmalone@gmail.com.

FLC Syndrome: It’s Not About the Size of My Butt
Happy Feet
To Top