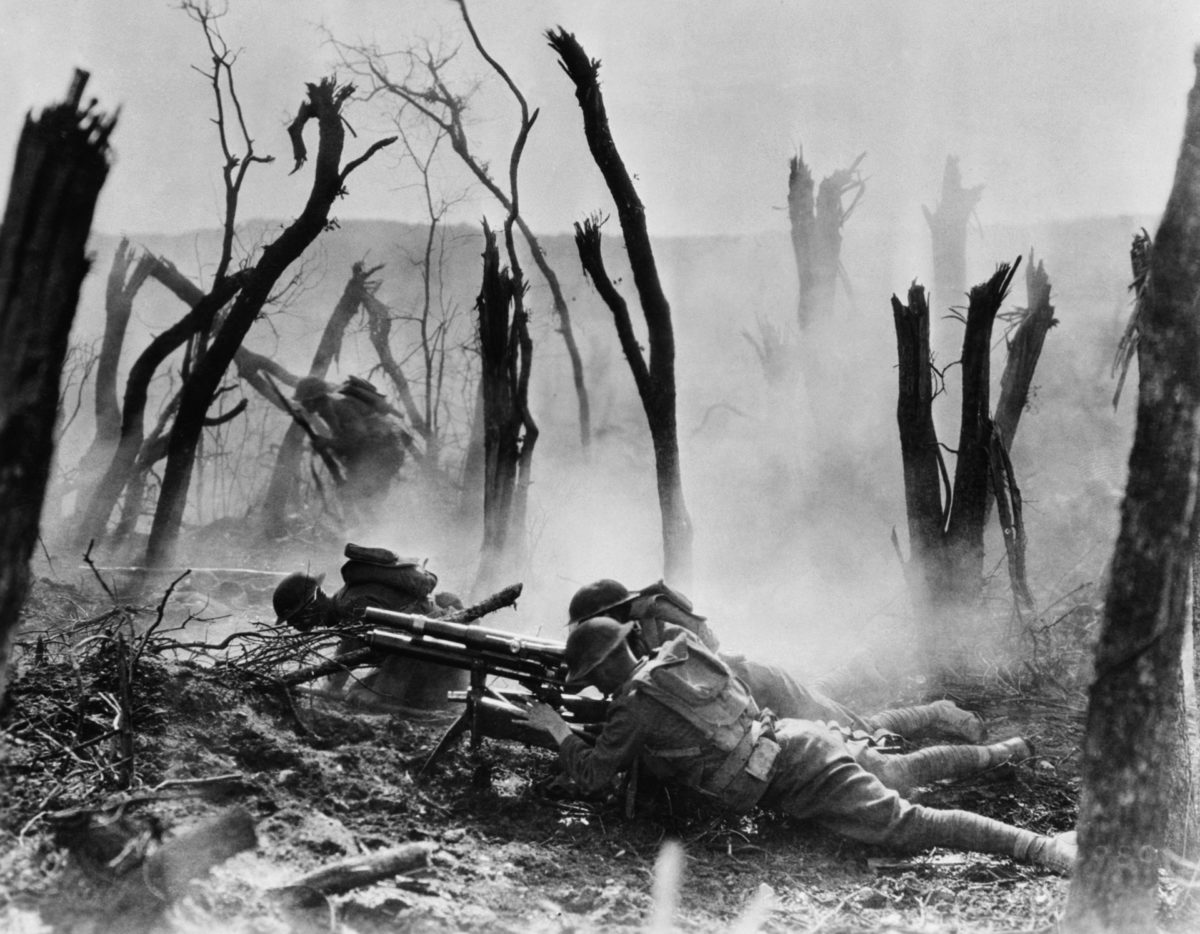 One hundred years ago, the U.S. withdrew from the world stage; We’re constantly tempted to try that again.

A few weeks before the 100th anniversary of the end of World War I, President Donald Trump stood at a political rally in Texas and said that the American public needed to make a decision between nationalism and globalization.

“A globalist is a person that wants the globe to do well, frankly, not caring about our country so much,” he said. In opposition to globalization, Trump added that “they have a word. It sort of became old-fashioned. It’s called a nationalist. You know what I am? I’m a nationalist.”

One hundred years before him, President Woodrow Wilson, after campaigning on a message of “America first,” convinced the people that the U.S. needed to join the Great War and drafted a plan for international cooperation and diplomacy that he hoped to put in place once the conflict in Europe was concluded.

We sent our troops and supplies to our weary allies on the Western Front where the fighting had stalemated. We turned the tide of the war, defeated the Central Powers and led the peace negotiations that followed.

Wilson understood that the U.S. needed to be a leader on the global stage, both in protecting the sovereignty of other democratic nations, and interfering with those who endanger sovereignty and democracy. That is why he pushed for creation of the League of Nations, the precursor to the United Nations, and that’s why he thought it so crucial that we be a part of it.

The league was created during peace negotiations, but the U.S. Congress rejected our membership.

As World War I faded into memory, the American public turned against the internationalist ideals of Wilson in favor of isolationism, retreating from the collective western world they had just helped save. In 1920, they elected Warren G. Harding as president, a strong activist for scaling back foreign policy and imposing high tariffs on foreign imports. In his inaugural address, Harding said that “America can be a party to no permanent military alliance. It can enter into no political commitments, nor assume any economic obligations which will subject our decisions to any other than our own authority.”

Our absence from the League of Nations and from the world stage at large, coupled with global economic instability, allowed for Hitler and Mussolini to seize power and begin another world war a generation later.

Just like it was then, the struggle between globalization and nationalism, between interference and isolation, is the central political conflict of our time.

President Trump has not been shy about his antipathy for many globalization-centered issues, whether it’s the effectiveness of the NATO military alliance, trade deals that offshore American jobs or the international efforts to combat climate change.

There are two main reasons for this 21st Century version of anti-globalization fervor. One, there are three universal conflicts that have defined the globalized western world in the post-Cold War era: Recession, immigration and terrorism. With so many people thinking we’ve made little progress in combating all three, emotions are turning raw, blood is running hot and people are desperate for solutions  —  no matter how extreme they may be.

The other reason is our complacency with a peaceful world that, ironically, has only been possible because of globalization. After two world wars and half a century of containing communism, we’ve experienced one of the most peaceful periods in history over the last quarter century. And we’re now putting it at risk because we’re convinced that shutting out the rest of the world for a while will make everything better.

The issues we face today are in many ways not too different than those we faced in the years before and after World War I. And it’s frightening that we are tempted to repeat the same mistakes in reaction to those issues.

We thought at that time that the oceans that separated us from the rest of the world were enough to isolate us from the world’s problems. That wasn’t true then, and it isn’t true now.

And if one problem is a problem for all, it’s more likely that we as a globalized society will find the best solutions that will benefit the most amount of people. And the U.S. needs to be the one leading the charge. If we choose to retreat as a global power like we did after 1918, we will leave a large empty void, and that void may be filled with another force not so willing to fight for the American ideals of democracy and freedom.

President Trump says we have a choice between globalization and nationalism, but we’ve made that decision before. If the legacy of World War I alone is any guide, we know what the right decision is.