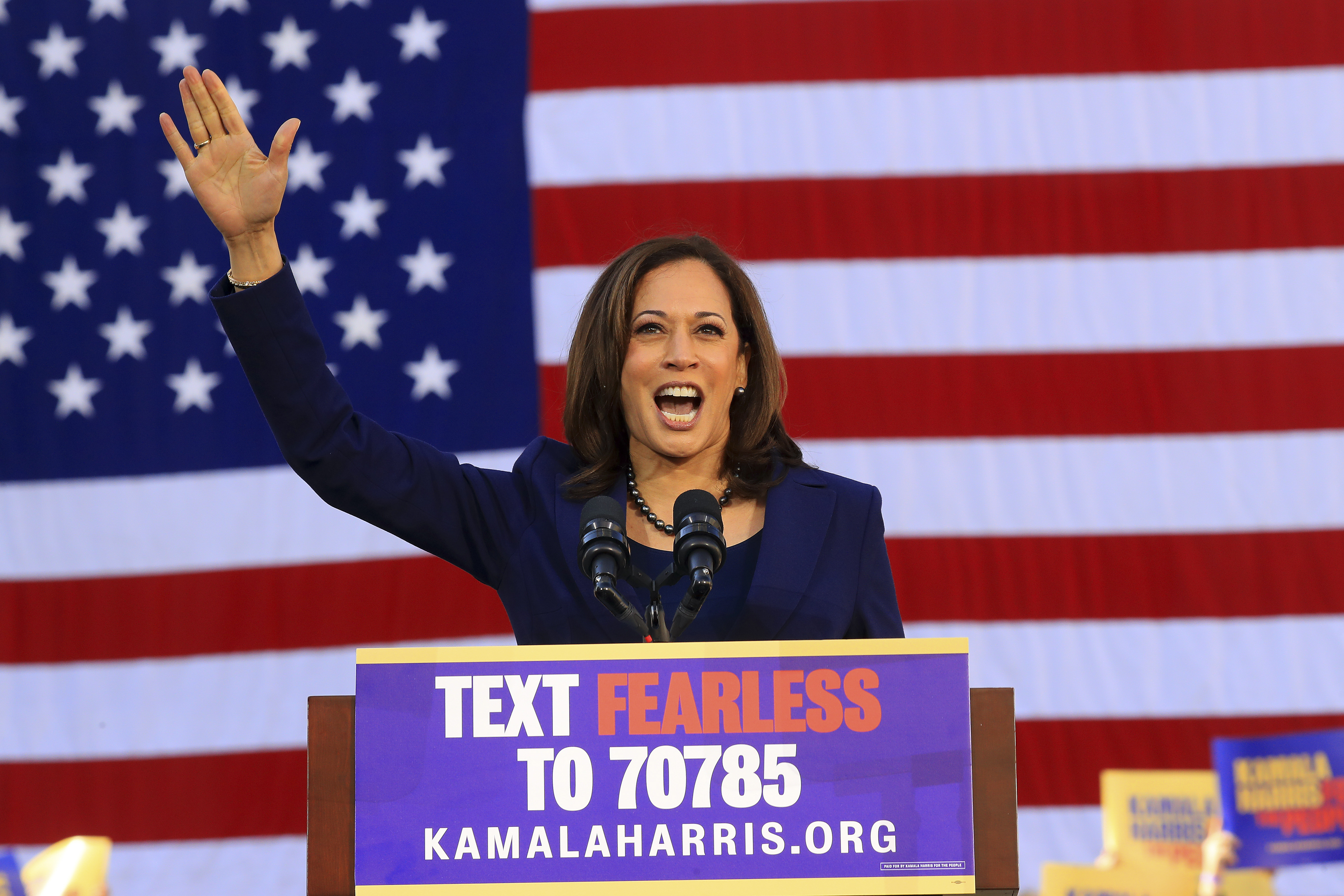 “The new senator is already being floated as a presidential candidate.”

That was the sub-headline of a story in The New Republic about California Sen. Kamala Harris.

“No rising Democratic star has been more hyped than Kamala Harris,” the story goes on to say.

Donald Trump hadn’t even been inaugurated president yet and Harris had only been a sitting senator for nine days.

And while that may seem early, The Washington Post ran a story with the headline “Is Kamala Harris the next Barack Obama?” all the way back in January 2015.

Harris announced two weeks ago that she is, in fact, running for president in 2020, hoping to clinch the Democratic nomination to take on Trump.

For commentators and political pundits in the media, this was long expected. And they seem all too ready to instantly write her off as the eventual nominee. But a lot of Americans are asking “Kamala who?”

With the media in our face more than ever thanks to the huge expansion into the digital frontier, it’s worth examining whether it’s the media — with all its span and influence — that are the ones who pick the president or presidential nominees rather than the voters.

There are those out there who will say “of course!” and claim that it’s all part of some larger agenda the press has. This is not one of those arguments. Rather, this is about them picking the president almost accidentally, if you will.

Kamala Harris is the most recent case, and perhaps, the most extreme one.

Ever since the “hyped” New Republic story was published, Harris has been efficient at putting herself in the spotlight, but much more efficient at having the spotlight put on her. Right from the get-go of her Senate tenure, during the confirmation hearings of Trump’s cabinet nominees and their subsequent replacements, news commentators have repeatedly drawn particular attention to Sen. Harris.

“See how she handles this nominee,” they’ll say. “Watch what Sen. Harris has to say.”

And after she is granted time on national television, they’ll say “she looked really tough” or “she may have just made a name for herself right there.”

They’ve done the same grandstanding with other potential or declared Democratic candidates — most notably Sens. Cory Booker, Elizabeth Warren and Amy Klobuchar — but to a lesser extent.

Harris’ “moments” then feed more conversation, which then feeds more headlines, like “President Kamala Harris? She’s making the first moves,” which was published by McClatchy in May 2017, or “Trump hearings launch Kamala Harris,” which Politico put out a month later, or The Guardian’s “Could Kamala Harris revive the fractured Democratic Party for the 2020 election?” a month after that.

Now, it’s natural for political journalists to keep an eye on possible White House contenders months or years before the actual election. But for being so extremely new to the national scene (she was elected to the Senate in 2016), the attention and time the media has spent on Harris specifically is odd when compared to someone like Hillary Clinton — a political veteran who most people believed was going to run in the last election.

And like Clinton, now that Harris is finally in the race, the media has transitioned their treatment of her from the inevitable candidate to the inevitable nominee.

Since her official announcement last weekend — a speech that all three large cable news networks carried live for the whole thing — Harris has been crowned by just about everyone as the instant front-runner in the Democratic race. The New York Times, Los Angeles Times, Fox News and CNN, among many others, all characterized her in this way in their headlines and descriptions, with CNN jumping on a prime-time town hall with Harris the very next day in Iowa, a full year before voters there take part in the election’s first caucus.

At the same time, while calling her a “main contender,” CNN in an online article referenced its own December poll where a whopping 4 percent of Democrats and Democratic-leaning independents said they planned to vote for Harris.

“That placed her in fifth place among Democrats in that survey,” the article says.

The four people above her include heavyweights like Joe Biden and Bernie Sanders — one of which is expected to announce a run and the other still considering it — neither of whom should be underestimated.

That poll came out the same month CNN aired an analytic segment on Democratic nominee predictions, with Sanders ranking a surprisingly low sixth place on the list, Biden in third, and of course, Harris in first, despite her fifth-place ranking in their own poll.

We’ve been through this before though, remember? Clinton was the “clear front-runner” in 2008 before Obama turned that upside down. She was also the clear front-runner in 2016, and although she handily won that nomination, no one was expecting Bernie Sanders to win more than 40 percent of the Democratic vote.

Heck, remember when Jeb Bush announced his candidacy and he was deemed the clear front-runner for the Republicans?

Indeed, there are many who believe mainstream outlets’ fascination with Clinton drove them to largely ignore Sanders’ campaign until he gained momentum at the end and helped elevate Donald Trump to the nomination by wall-to-wall coverage of every tweet and airing every speech live, therefore giving him a free national megaphone to the electorate.

This is all not to say that Kamala Harris doesn’t have a chance. She is definitely a leader in the race and any sane analyst would rank her in the top five Democratic candidates at this time. It’s also likely that she will only rise from here on out unless other candidates make a dramatic step forward and steal the spotlight.

But it’s hard to classify her as the clear front-runner this early in the contest in an age where elections are unpredictable. It’s just another indication that the media has not learned from their 2016 stumbles of categorizing the judgment of the political class and American working class as one and the same.

There’s no doubt that “no rising Democratic star has been more hyped than Kamala Harris,” but that’s where we should question, hyped by who?