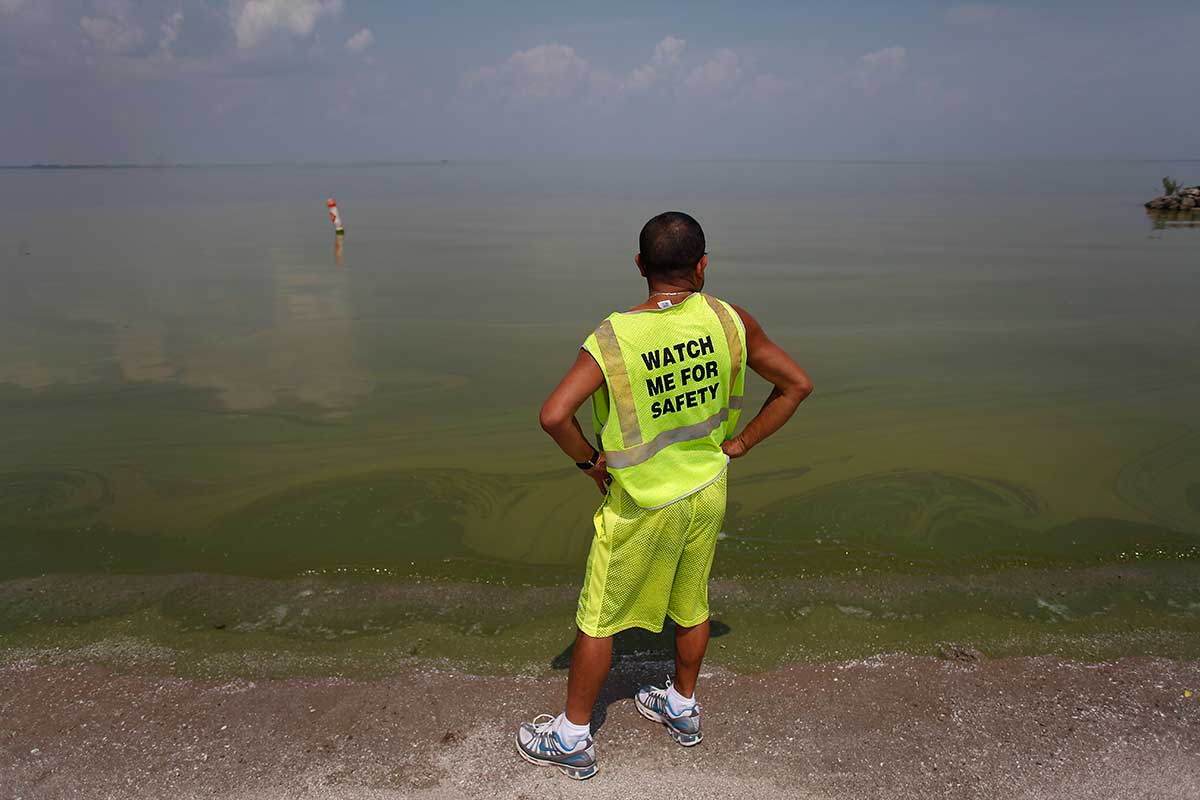 President Donald Trump has taken credit for raising funds for the Great Lakes Restoration Initiative — something he originally wanted to slash.

As a former reality TV star, President Donald Trump likes to play the hero. He likes to take credit for all the good news stories and blame others for the bad ones. But as is with many things before, Trump often ends up saving us from himself.

He even manages to do this when it’s about the Great Lakes.

At a campaign rally last week in Michigan, Trump made quite the announcement regarding one of the bullet points in his administration’s spending plan. He even advertised it as “some breaking news.”

“I support the Great Lakes. Always have,” Trump said. “They’re beautiful. They are big, very deep. Record deepness, right? And I am going to get, in honor of my friends, full funding of $300 million for the Great Lakes Restoration Initiative, which you have been trying to get for over 30 years. So we will get it done.”

The crowd then erupted in a thunderous applause.

Since the president loves to battle against “fake news,” and since he called this announcement “some breaking news,” it’s appropriate to point out that literally everything in this news announcement that Trump made is downright and humorously false.

The president claimed he will get “full funding of $300 million” for the Great Lakes Restoration Initiative (GLRI), which is an environmental multi-year project that cleans up toxins, combats invasive species, protects watersheds from polluted runoff and restores nearby wetlands. Since its inception, more than $2.2 billion has funded more than 2,000 projects across the eight states that border the Great Lakes, many of them in New York.

And while Trump’s announcement sounds like a noble cause, he’s actually the one who has tried to cut funding from the GLRI — by a lot.

In his executive federal budget proposal released in early March, the Trump administration recommended slashing funding for the GLRI from $300 million to $30 million — a 90 percent decrease.

After an expected bipartisan protest from lawmakers in states that surround the Great Lakes, President Trump has apparently agreed to fully fund the GLRI after all. So in making it sound like he increased the amount of funding it will get, he actually just returned it to its normal level after he wanted to cut it.

Saving us from himself.

This is not a unique scenario, even with this particular program. This is actually the third year in a row Trump’s budget has called for the same 90 percent cut for the GLRI, so when he says he “always has” supported the Great Lakes, in the context of the GLRI, that’s not true either.

And then Trump has the gall to say to the people of Michigan that they have been trying to get the $300 million for the GLRI “for over 30 years.”

In actuality, the GLRI was created in 2010 under the Obama administration and received $300 million annually until the Trump White House first wanted to cut it in 2017.

So Trump claimed victory for solving a problem that he created — a problem that he has created multiple times — and a problem that Congress would have resolved themselves anyway, because believe it or not, keeping the Great Lakes clean is a popular position for members of both political parties.

But it’s wrong for Trump to blatantly lie to the American people who live and work on the shores of these lakes and say that he is some hero to the GLRI when clearly his administration repeatedly thinks otherwise. This is not fake news. It was in the budget proposal and has been reported in media outlets in cities around the lakes for the last month, as it was last year and the year before that. The residents of the Great Lakes states aren’t dumb.

It’s unbelievable that Trump tries to play this savior role when the truth is right in front of our faces. He did the same exact maneuver the day before this rally when he assured us after talking “to his people” that the Special Olympics would be fully funded, even though again it was his own budget proposal that called to cut the entire program completely.

This isn’t just about a president or any politician lying about an issue. We know we see that all the time. This is about recklessly playing around with an important program that not only works to keep the water clean, but also maintain the waters’ natural amphibian wildlife and keep the local economies of the shoreline communities intact.

Blog | Timing is everything for UFO observations
Column | 3 Men and a State Budget: Albany’s March Madness
To Top