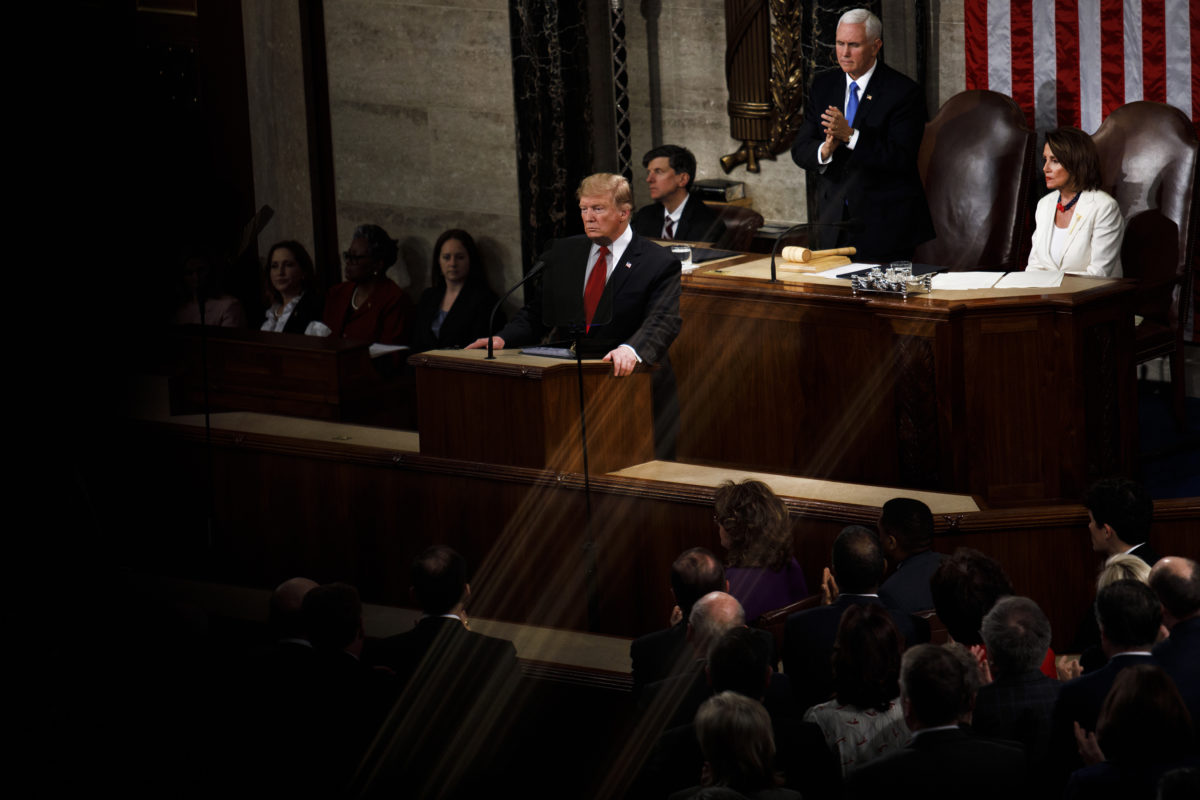 “Here, in the United States, we are alarmed by new calls to adopt socialism in our country,” President Donald Trump said in his State of the Union address in February. “Tonight, we renew our resolve that America will never be a socialist country.”

It was a statement that seemed like something more fit for an American president in the early 1980s. And yet, the acceptance of socialism or socialist-like policies has entered a new cycle of appeal to a segment of the American population. And it’s being fronted by young people.

Whether they’re trying to merely play politics or genuinely trying to defend capitalism, Trump and his Republican followers and conservative media allies have seized on this with a single strategy: Say over and over again that a free market system is amazing and that anything more is evil collective ownership. End of story.

That will likely reinforce the beliefs of some parents who grew up between duck-and-cover and Chernobyl. Yet that strategy alone will not convince many young millennials and subsequent generations born in the post-Cold War world to further cradle a capitalist system that many feel has wronged them.

Socialism is an economic system so its appeal has always been rooted in the economy. At the dawn of the 20th century, socialism grew out of the extreme disparities between the rich and poor produced during the Gilded Age. In the 1930s, its appeal, although split with communism, rose out of the Great Depression from a frustrated people and inactive government.

Socialism’s new resurgence comes from young Americans who came of age as Wall Street was toppling and the housing market was in freefall in 2008 and 2009, followed by a sluggish recovery.

The movement has more traction than many may think. A 2018 University of Chicago GenForward Survey of Americans found that 45 percent of people ages 18 to 34 have a positive view of socialism while 49 percent have a favorable view of capitalism. In addition, 62 percent of them believe a stronger government is needed to handle today’s complex economic problems and just 35 percent said the free market can handle it without governmental interference. Even in polls where youth’s opinions of socialism haven’t changed much in the last decade, their opinions of capitalism have — and not in the favorable direction.

This frightens most moderates and conservatives to death. That’s why they’re taking the stump or going on cable television to chastise the young people drifting toward socialism while patriotizing the very components of capitalism that young people find problematic in the first place.

That’s the biggest tactical mistake for anyone who wants to persuade any young person away from the systematic flaws that socialism contains. You can’t just shout “you’re wrong” until you’re red, white and blue in the face and expect the growing interest in socialism to suddenly disappear.

Rather, these individuals must prove once again, as this country has done so many times before, that with minor tweaks every so often, capitalism is the system that makes this country the economic model and home of a prosperous middle class that it always has been.

That’s not what young people see their government producing now, however. And that’s why they’re questioning capitalism or slowly shifting away from it.

They’re angry that big banks got bailouts at the same time they were expected to start their careers in a depleted job market.

They’re angry that lawmakers decided to roll back regulations on the very institutions that helped spark the financial crisis 10 years ago.

They’re angry that they are forced into crippling debt from college tuition while the richest corporations in history get massive tax breaks.

They’re angry that so much of their tax dollars have been spent on prolonged foreign wars. They’re angry that the national minimum wage is still $7.25 and that any conversation on raising it is an immediate show-stopper.

They’re angry that the health of the economy is measured not by how much money is in their pockets but by corporate profit margins and stock market performances.

That’s why they argue that northern Europe’s democratic-socialist approach should be replicated in the United States. That’s why they overwhelmingly supported Democratic socialist Bernie Sanders in 2016 and Alexandria Ocasio- Cortez in 2018.

Their frustrations are completely legitimate, but they’re being completely dismissed. Capitalists should give pro-socialists an alternative. Open a dialogue with today’s young people instead of writing them off as entitled, economically incoherent fools. Show them why capitalism works and offer ways it can be further improved instead of replaced.

Digging in the trenches and doubling down that the current system works perfectly won’t work with those who feel that the system isn’t working for them.