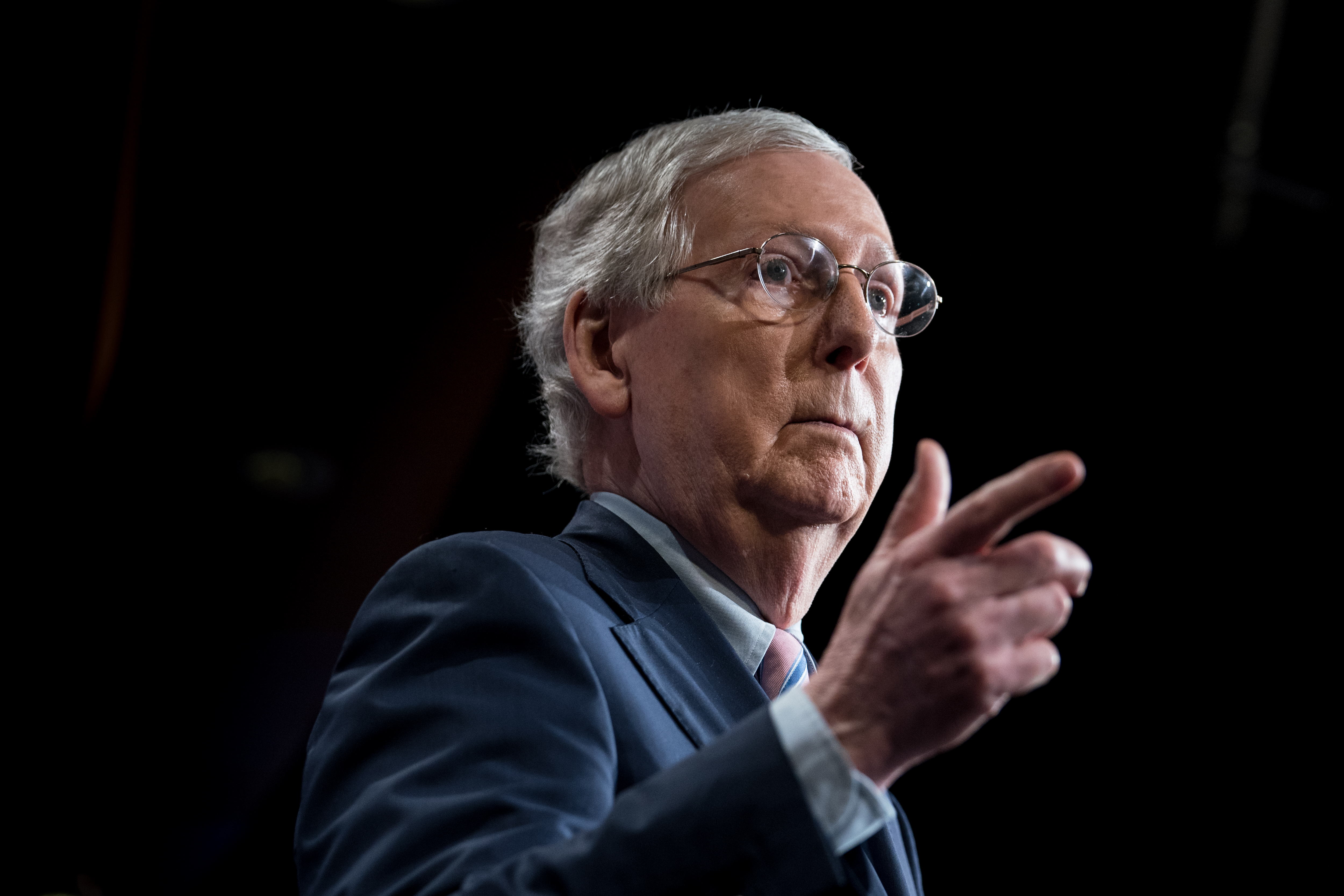 Senate Majority Leader Mitch McConnell claims he won’t try to end the shutdown unless he gets the high sign from Trump that a bill will go through.

Government shutdowns are always tragically caused by ridiculous politics. Yet it is immoral and increasingly dangerous for either major party to punish American citizens and hold the government hostage over the chance to score partisan gains.

That is why the current shutdown — now the longest in American history — must come to an end.

In situations like these, it is preferable that the president show leadership. He is the one who will sign off on the final spending plan, after all, and he is the one who said on national television that he would “take the mantle” for the shutdown.

But even after weeks, Donald Trump seems unlikely to abandon his demand for a wall on the southern border. He seems to view the shutdown as politically favorable to him, despite what history and the polls say.

Related: Column | In tweet slamming indictments, Trump all but admits he prefers politics over ethics

Congress is not a fan of shutdowns, however. They have the ability to end it right now, and so they should. It’s time for them to take the mantle and stop waiting for the president to end this stalemate.

House Democrats have spent the weeks since retaking the majority passing several bills that would reopen the government that don’t include Trump’s request for $5 billion to build the border wall. Several of those bills were already passed by Senate Republicans late last year, which tactically puts pressure on the GOP to vote again on appropriations they have already supported.

But Senate Majority Leader Mitch McConnell has blocked the bills from coming to a vote. He says repeatedly he will not allow a vote on anything until President Trump approves of a deal and signals that he will sign it.

This should not be news to Sen. Mc- Connell, but Congress does not need permission from the president to vote on a piece of legislation. It’s high time members of both parties in Congress acted like the co-equal branch of government that they are and take their own initiative on something they all want — reopening the government — with or without the president’s help.

Either vote on and pass a bill that would reopen the government without funding the wall, or leave Trump on the sidelines and negotiate among themselves a deal — possibly a compromise for some or all of the wall in exchange for protections for Dreamers — that they can put on the president’s desk and put the ball completely in his court.

If he vetoes that bill, Congress can then do two things: force Trump to come up with an alternative or exercise their constitutional power to override his veto. When asked if he would consider a veto override, McConnell recently told reporters “of course not.”

Garnering the two-thirds of Congress necessary to override a presidential stamp of disapproval would be difficult, and some would say impossible. But the longer this shutdown goes on, the more pressure Senate Republicans will face to pass the House bill, and if necessary, defy a possible Trump veto and vote to override it.

McConnell claims putting the House bills to a vote knowing that Trump will not sign them is a waste of time. “There’s no way around it: Having show votes in the Senate doesn’t solve the problem,” he recently said.

While that is partially true, McConnell had no problem bringing a vote to the Senate floor in 2015 that would repeal the Affordable Care Act. Such a bill would obviously receive an inevitable veto from President Obama since it was his landmark legislation. How is that not a “show vote”?

In addition, McConnell’s stance to get Trump’s approval on a deal isn’t exactly a sound one. After all, it was the president who decided at the last minute to back out of a deal he had already agreed to that caused this shutdown to begin with. How can the Senate leader be assured Trump wouldn’t do that again?

Since Trump isn’t budging on his wall and since Democrats are steadfast against it, that actually leaves McConnell, not the president, to be the one to end this shutdown. And he believes he’s good at doing that, too.

“I’m the guy that’s gotten us out of the shutdowns that some of our members have pushed us into in the past,” he told CNN in 2014.

We’re waiting for you to be that guy, Sen. McConnell. You and your members work for the American people: You do not work for the president. Show us that, and hopefully the rest of Congress will follow you.

It is the legislative branch, after all, that American voters love to hate. They’re the reason a bombastic billionaire was elected president on the promise to overthrow Washington. They’re the ultimate reason for this shutdown, and consequently, it will have to be them who end it.

Column | Defining Bias: The word is an easy go-to for criticizing media
Blog | Will the Hudson Valley catch another UFO wave?
To Top