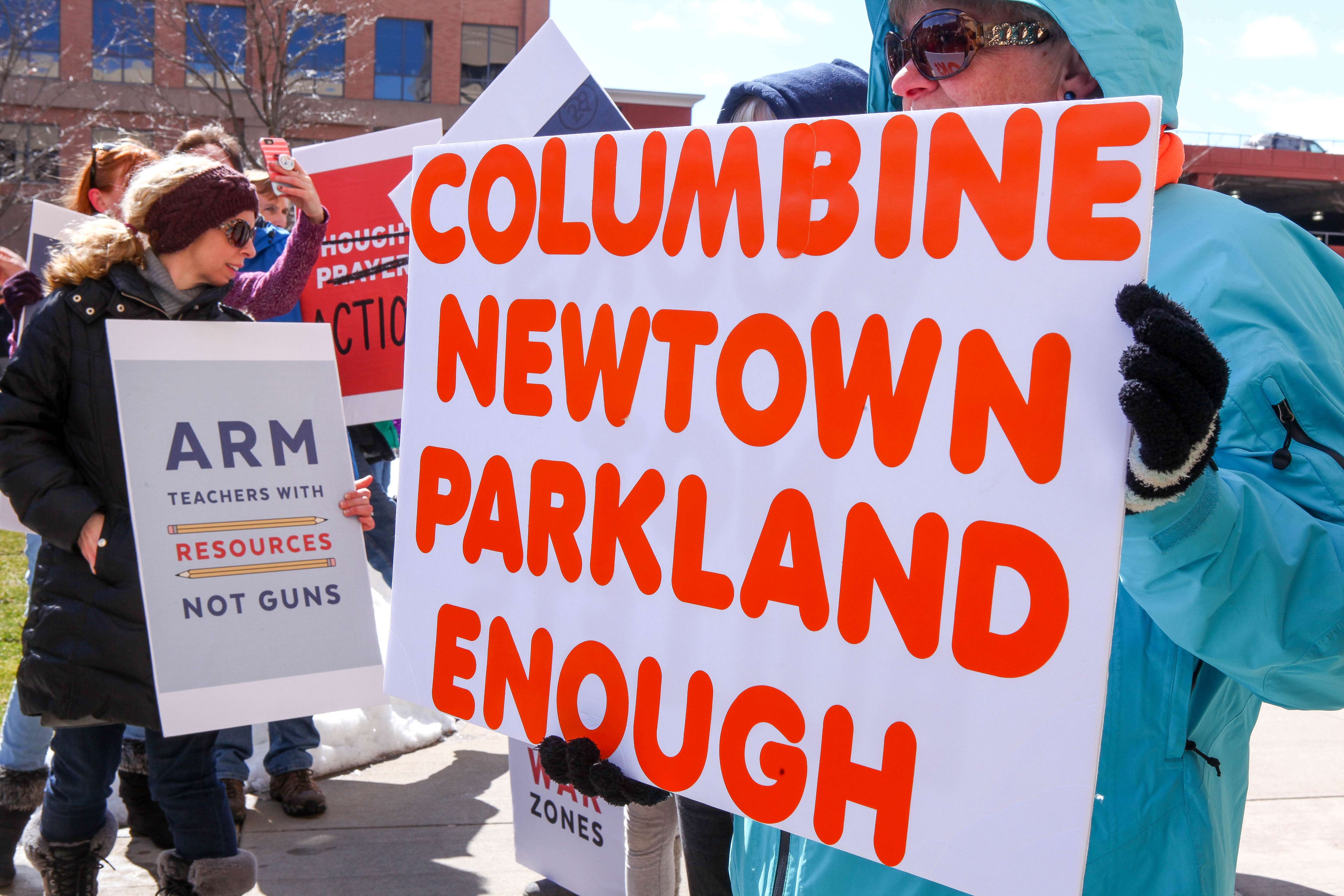 Maybe our failure to curb mass shootings in the U.S. is because we rely on that “it can’t happen here” sentiment, even though it keeps proving us wrong.

The shooting at Columbine High School in Littleton, Colorado, was the one of the first major news stories I remember seeing in real time.

On April 20, 1999, I was in kindergarten. I didn’t know what was happening but I clearly remember seeing those now iconic television images of students running out of the building. I also remember that my small backpack, which contained only some papers and a “Cat In the Hat” lunchbox, was searched thoroughly at my school’s front door by staff for the next week afterward.

In what once was the deadliest school shooting in American history — 12 students and one teacher were killed — Columbine was a flashpoint in time and the first substantial event in the modern-day nexus of mass shootings that we now know all too well. Sandy Hook, Virginia Tech, Orlando, Aurora, Las Vegas, Parkland, Sutherland Springs, Pittsburgh and Charleston: They’ve all happened since. Yet there are so many others that were just as terrifying that have slipped from our memories because they happen with such frequency.

Related: Column | Teachers Should Demand A Farewell To Arms

These shootings can happen anywhere at any time. As shocked and heartbroken as we are during these events, we try to comfort ourselves with a sense of false security by believing “it can’t happen here.” But it might startle us to realize that San Bernardino, Sandy Hook or Orlando aren’t as far away from us as we think.

Working in media for the last four years, I’ve covered the stories, updated the death counts and listened to the most sorrowful descriptions imaginable from witnesses and victims’ family members. Current events often influence my dreams, or as journalists call them, “newsmares.” The most common news story setting I’ve been in during these dreams have been mass shootings; at least two took place at my high school.

Working in journalism also makes me think about the hostility toward the press and the actions some have taken in response. With a shooting at The Capital Gazette in Maryland last June and pipe bombs mailed to CNN in October, I have found myself looking around and wondering which direction I would run if I had to. It’s just a part of the human psyche this post-Columbine world has created.

While Las Vegas and Orlando are large cities thousands of miles away, nearby Binghamton is not. And yet it also has a place on the list of America’s deadliest mass shootings. On April 3, 2009, Jiverly Wong walked into the American Civic Association building in Binghamton and opened fire, killing 13 people and himself. It is often deemed “the forgotten mass shooting,” even though it ranks the 13th deadliest in the United States and took place just 116 miles from where I grew up.

When I was living in eastern New York in 2016, I remember getting an alert on my phone about reported shots fired inside Crossgates Mall in Albany. While no one was injured and it turned out to be a gang-related incident, videos released from security cameras show people running frantically in one direction and hiding under tables, much like you would expect to see in an actual mass shooting.

Then last September, we had reports of people getting shot in Syracuse and people lined up at the emergency room. It was later determined that five people had been shot. This was also believed to be gang-related and all the victims survived. But we were so close to a shooting scenario that we had to have a newsroom conversation about whether to use the phrase “mass shooting” in the broadcast, not just because of its textbook definition, but because of what we associate it with nowadays.

Most recently, on a Sunday morning in February, a man had fired a gun in a Denny’s restaurant. The suspect had been arguing with his girlfriend and walked into the restaurant and first shot a man before opening fire on a group of patrons and employees. Three people were injured in the shooting.

Related: Column | The Safety Of Our Schools Begins With Our Students

Not only was this barely a mile from where I live, but I could have actually been there when it happened. I was driving home from Oswego that Saturday night and considered going to that Denny’s. I arrived in North Syracuse just after 3 a.m. and if all went well, I would have ordered food, ate and left there by 3:50 a.m. The shooting happened 10 minutes later.

It’s crazy to think about. But maybe the reason for our failure to curb mass shootings in this country is because we rely on that “it can’t happen here” sentiment, even though it keeps proving us wrong.

Twenty years ago, Columbine was the deadliest school shooting we’ve ever had. It only took eight years for that statistic to change. Virginia Tech became the deadliest shooting ever committed by a lone gunman, until it was surpassed by Orlando, which was then surpassed by Las Vegas.

But at the bottom of it, the numbers themselves don’t really matter in our mass shooting problem. What matters is that there will be a next one. And we don’t know when or where it will be.