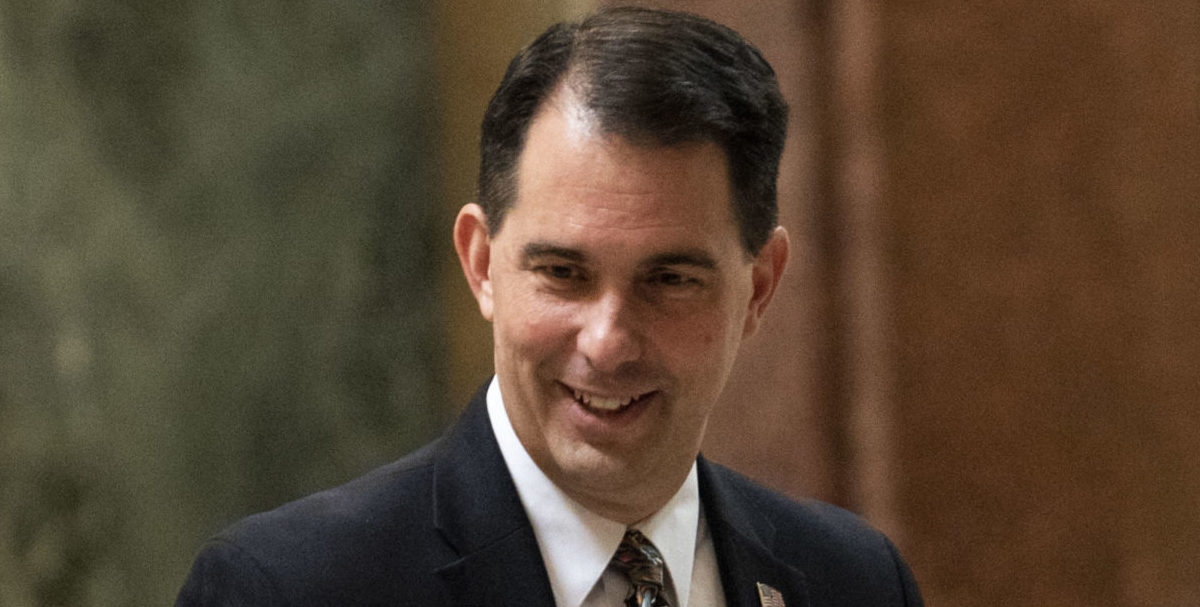 The Wisconsin Republicans committed political malpractice boiling down to “The people voted for the guy we didn’t want, so now we have to change the rules.”

Both Republicans and Democrats are guilty all the time of taking initiatives and passing laws that have pure political intentions with little regard for doing what’s right for their constituents. The difference is Democrats are better at hiding it, while Republicans are too often shamelessly open about it.

That’s what just happened in Wisconsin.

The lame-duck legislation — which was fast-tracked through the Republican-controlled state legislature through an extraordinary session in the weeks since Election Day — is nothing short of an effort to lock in conservative priorities over the next four years while Evers sits in the governor’s mansion.

It shields Wisconsin’s job-creation agency from Evers’ control until September and limits his ability to enact administrative rules. It also prevents Evers from withdrawing Wisconsin from a multi-state lawsuit challenging the Affordable Care Act, which was one of his central campaign promises in a national election where poll after poll found concern over health care was the issue that swept Democrats to power. Under the new law, Evers would have to first seek permission from the legislature to withdraw from the lawsuit, and since Republicans control the legislature, that’s a definite dead end.

Also now limited is Evers’ ability to undo a work requirement for BadgerCare health insurance recipients, which Walker won federal approval to do earlier this year.

Then there is the elimination of the state Department of Justice’s solicitor general’s office, meaning Attorney General-elect Kaul can’t use the office to challenge Republican-authored laws — something the outgoing Republican did to Democratic ones on a regular basis.

The legislature now also has the ability to intervene in lawsuits filed by the attorney general’s office, and the legislature’s budget-writing committee must first approve any settlements reached by Kaul.

In an insult to injury, the practice of early voting, which often times tends to boost Democratic turnout, will now also be restricted to two weeks before an election.

Gov. Walker last week attempted to walk a wobbly line on the controversial bills, claiming there were provisions he might decide to veto.

He didn’t veto anything.

While Walker signed the bills on Friday while mass protests flooded the state capitol, he tried to water down the criticism that the effort has received nationwide.

“There’s a lot of hype and hysteria, particularly in the national media, implying this is a power shift. It’s not,” he said.

Except, it is. It’s a post-election power grab — pure and simple. And even worse, it’s a direct repudiation of what Wisconsinites voted for.

Unlike Walker, Senate Majority Leader Scott Fitzgerald did not mince words about that.

“We are going to have a very liberal governor who is going to enact policies that are in direct contrast to what many of us believe in,” Fitzgerald said.

Translation: The people voted for the guy we didn’t want so now we have to change the rules.

Evers may be a liberal governor, but he won a free and fair election. Voters decided after eight years of Gov. Walker that Wisconsin needed a change and many of the things they wanted are the things that Mr. Fitzgerald says they don’t believe in. To say the least, the Wisconsin GOP are telling millions of Wisconsin citizens that their votes didn’t matter.

Just like Democrats were wrong to tell the state’s electors to go against the people’s will and cast Wisconsin’s 10 electoral votes for Hillary Clinton instead of Donald Trump, who won the state in the 2016 presidential race, Republicans are wrong to undermine the people’s will this time.

While this may sound like a problem confined to Wisconsin, it is no doubt modeled after laws that North Carolina Republicans passed in 2016 after the incumbent governor lost re-election to a Democrat. And just across the lake from Wisconsin, the GOP in Michigan are writing their own laws to weaken the power of their incoming Democratic executive.

In a Facebook post last week, Gov. Walker used three words to describe what these bills would improve: transparency, stability and accountability.

He and the GOP can spin this all they want, but it is impossible to interpret this power grab as anything else.

They can say they want transparency, but this was rushed through in an “emergency” session in the middle of the night with little to no public input — besides the November election results lawmakers decided to ignore.

They can say they want stability, but circumventing voters rocks the very pillars of democratic institutions and is certain to leave a heated and partisan cloud over state government throughout the Evers administration.

They can say they want accountability. Taking a microscope to a governor’s authority can be a good thing, but gubernatorial power was never an issue during eight years of Republican rule, was never brought up on the campaign trail and was only a concern to Republicans after it was learned Walker had lost.

No, this does not make the Wisconsin governor more transparent, stable or accountable. It makes the legislature ruthless, irresponsible and sore losers. No, this is not hype and hysteria. This is defiant and dangerous. And who knows where it will spread to next.