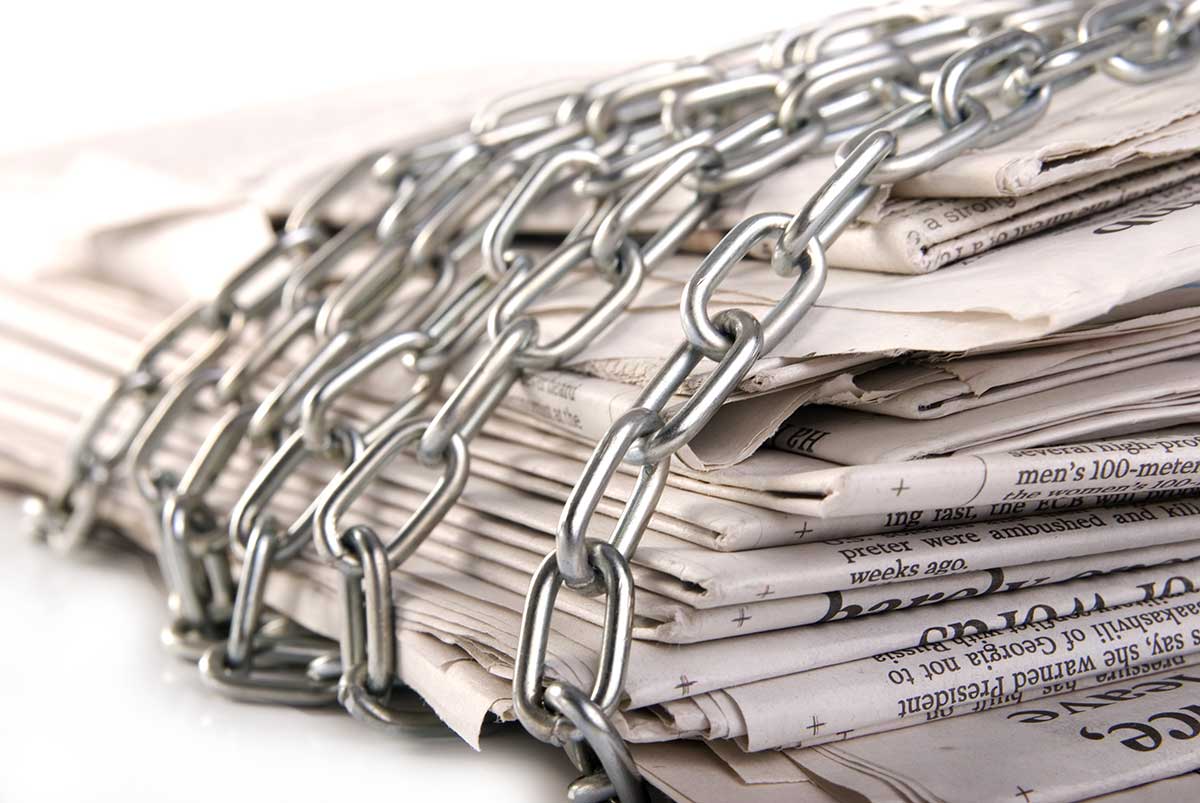 For quite some time now, many people in power have launched seemingly never-ending attacks on the media, from denouncing anonymous sources, to questioning their integrity, to blanketing them as “fake news.”

But those attacks have largely been verbal or written in opinion columns or on social media platforms. They have the absolute right to criticize the media in those conditions.

But in Georgia, some politicians are taking it to a dangerous new level. At the close of their legislative session a few weeks ago, a group of Republican lawmakers in the Georgia state Assembly introduced the facetiously named “Ethics in Journalism Act.”

Related: Column | Defining Bias: The word is an easy go-to for criticizing media

Sponsored by state Rep. Andrew Welch, the bill would establish a “journalism ethics board,” with its members appointed by the state. The board would consist of three editors, three news producers, one retired journalism professor and two members who write or broadcast exclusively online.

This legislation would force journalists to turn over audio recordings, video recordings, photographs or any other recorded data upon request by the subject of an interview and they would have to provide those for free. If they do not comply, they could face a $100 civil fine per day until the materials are handed over.

This should not be mistaken for anything else but the state essentially trying to turn journalism into an accreditation process that they would initiate and have at least some role.

State Rep. Welch introduced this insane bill on the last day of the Georgia legislative session, as well as his final day as a Georgia legislator. He resigned the next day, which might make it appear like this stunt was just him looking for attention on his way out the door.

Incredibly, this bill has several Republican co-sponsors and even made it out of committee, meaning it can be considered when the legislature reconvenes next year.

It’s unfortunate that we even have to have this conversation, but this entire effort is as unconstitutional as can possibly be. Rep. Welch is an attorney, which means he went to law school, which means he should know better than most people about one of this nation’s most fundamental freedoms.

In case he has forgotten, the First Amendment to the U.S. Constitution’s Bill of Rights reads “Congress shall make no law respecting an establishment of religion, or prohibiting the free exercise thereof; or abridging the freedom of speech, or of the press.”

They must know this ridiculous effort would never survive a legal challenge. It’s a disgrace that anyone of either party would ever consider voting for it, let alone sponsoring it.

And if it can happen in Georgia, it can happen in other states. That’s why it must not only be condemned by all lawmakers but also understood for its actual purpose. It’s just another effort to squash media coverage that politicians don’t like, although this effort is masked as a sincere crusade to improve journalism standards.

Journalists have standards that they must follow, but they are set by the Society of Professional Journalists, not the government they are supposed to keep watch over.

Journalists have rules they have to abide by, the most important is to report the truth. Maybe if politicians told it more often, they wouldn’t get negative coverage and wouldn’t feel the need to craft such foolish legislation.

In our republic, it is the press that holds the powerful accountable, not the other way around.

Column | Mass shootings are not as far away as we are led to believe
Blog | The UFO Comfort Factor: How close is too close?
To Top