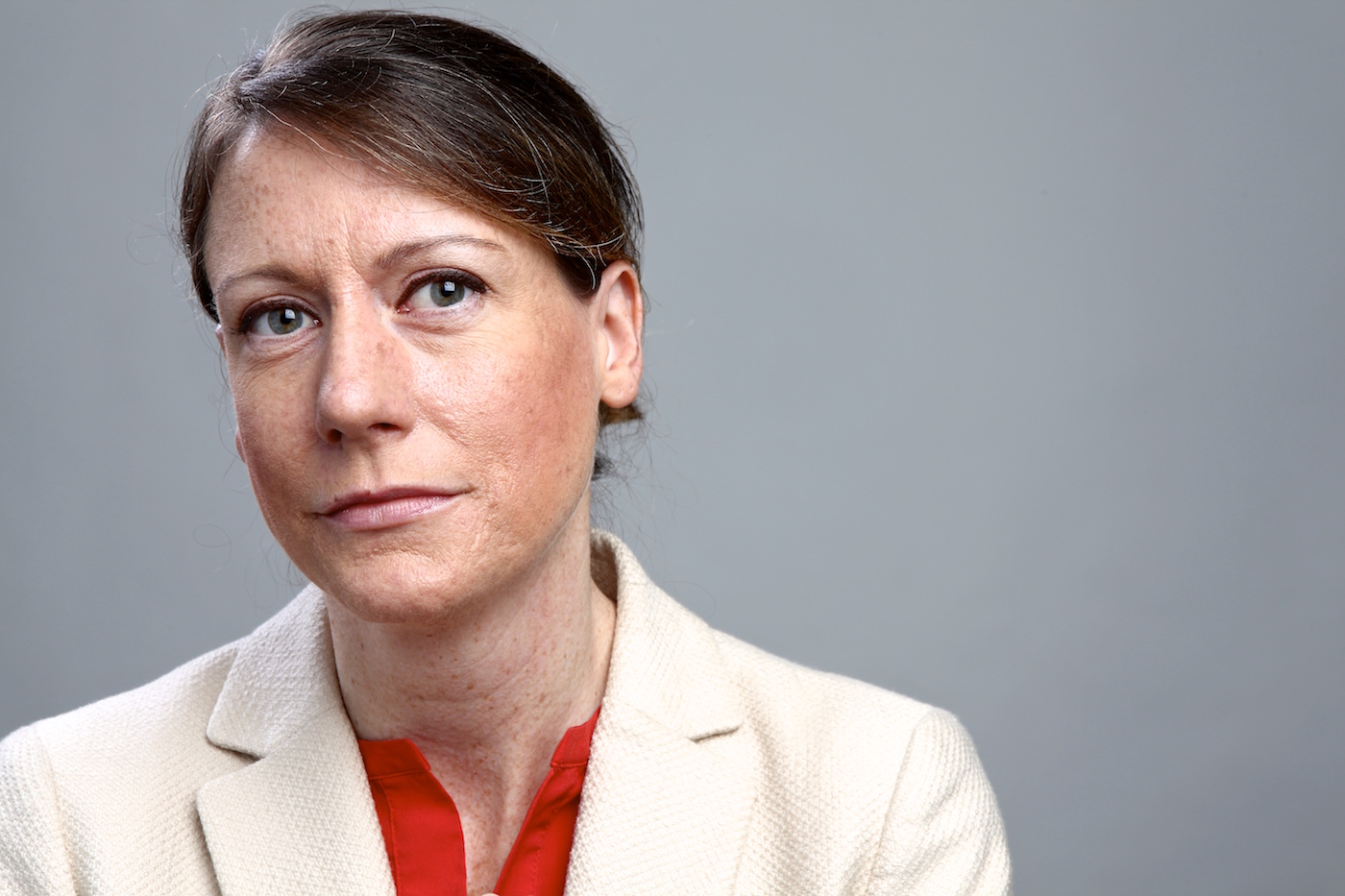 The Democratic candidate is willing to work across the aisle if she’s elected for the 24th Congressional District seat.

Colleen Deacon is Westcott born and raised and never, even now, more than two blocks from where she started. H.W. Smith Elementary, Levy Middle and Nottingham High schools. Thirteen years of working for Syracuse mayors and a U.S. senator. Now Colleen Deacon is stepping out to run for office herself, as a Democrat challenging first-term incumbent Republican John Katko to represent the local 24th Congressional District.

“My first thought,” she observes now, “was that this is a big step, a risk, and I’m not a risk taker.” She asked her 13-year-old son for perspective.

“Mom, you have an opportunity to make a difference,” he told her. “If you don’t take this chance, you’re going to regret it for the rest of your life.”

Elected two years ago to a youth council which excited him with a tour of the Capitol in Albany, Deacon’s son has otherwise shown little interest in politics. “Maybe he wants to go out a winner,” his mother reflects.

With polls showing Katko holding a commanding lead, Deacon feels her personal story to be more relevant to the race than political posturing. “As a single mom I needed Medicaid and food stamps,” she notes. “I put myself through Syracuse University with minimum wage jobs and student loans, which I just paid off last year. How many in Congress have had to use the programs they debate?”

In advance of the Nov. 8 election, The Syracuse New Times discussed the issues with Deacon. Next week, we’ll publish a conversation with John Katko. Is the stalemate in Congress a permanent way of life, or can there be a breakthrough in decision making? What would it take?

I think it can absolutely be broken. You don’t see anything getting done since 2010. This Congress has passed the least amount of bills that have ever been passed. I think we can correlate that to the amount of money that’s in politics. That’s what it boils down to: the fact that members of Congress spend so much time raising money as opposed to actually working on issues, working on legislation, working to solve problems. We have to repeal Citizens United. We have to make sure that dirty money, special interest money, gets out of politics and get the Congress moving again.

The No. 1 priority that’s not negotiable is to make sure we’re doing everything to keep Americans safe, not only at home, but abroad as well. What we’re seeing right now is ISIS, this terrorist organization which has been able to fill a vacuum. We have to do everything we can to not only contain, but eliminate the threat of ISIS, both here and abroad. We have to make sure we’re working together with our allies, gathering intelligence, working with our generals, hearing directly from the people who are over there about what the situation actually is, what we can do to help.

We have been able to reclaim 45 percent of the territory. We have been able to take out their No. 1 online recruiter. We’ve had to make 13,000 air strikes and we are making ground, but it’s not enough. We have to do more to stabilize the Middle East, to work with our technology companies and our online social media organizations,

What kind of economic development can really touch our degree of local poverty?

We’re one of the most impoverished cities in the country. We’re No. 1 in the concentrated poverty of the black and Hispanic communities, and that’s unacceptable. Absolutely No. 1 is jobs and the economy. We have to figure out ways to provide opportunities for people to be able to go to work and feed their families.

If you’re working 40 hours a week, you should not be in poverty. There are solutions we can do right now, if there is a minimum wage, to provide paid family leave, to have a program in place that allows people to stay home with a newborn child or a sick parent without having to worry about putting food on the table or paying the bills.

We are the only industrialized nation in the world that does not offer paid family leave. And providing affordable day care, making sure there are tax credits for our families, whether they are middle class or low income, so that they can afford to send their children to safe, quality day care. But it’s back to jobs and the economy.

Can we stop the jobs moving out of the country? How?

It’s not a level playing field. We can’t compete with other countries when they don’t have the same laws that we do. But one place they can’t take our jobs is infrastructure. If we fix our roads, our bridges, our water, we can put thousands of people to work. And our infrastructure won’t be leaving the country.

How is the media handling politics in this campaign?

I think the media is becoming more fact-based than it used to be. I think the information is better, people just have to make sure they are accessing it. There is really excellent journalism going on in these campaigns, but voters can be misinformed, so they have to sort out the true stories.

Which presidential candidate do you support, and why?

I support Sen. Hillary Clinton. I’ve been supporting her since she announced her campaign. She understands the issues. She has worked hard. She negotiated treaties all over the world. She understands foreign policy better than anyone I can think of. She’s built relationships. She knows how to get things done. And she cares. She understands this isn’t about the wealthy, but it’s about getting things done for people, solving problems for people from all walks of life.

How can we begin a resolution to the conflicts between police and communities of color?

By listening. First and foremost, what’s lacking right now is the fact that we’re not listening to each other. We have to bring people to the table. People are not protesting just because they want to protest; people are protesting because they are seeing injustice. And injustice is not solved by injustice. We’ve got to come together to nationally address this issue. Understand that it’s not about defending your side, it’s about fixing this problem, actually looking at it from maybe another perspective. Not just screaming at each other. Has free trade begun to cost us? Where is the balance?

I’m all for free trade as long as it’s a level playing field. We’ve lost thousands of jobs, good jobs that can support families. We’re exporting fewer products than we’re importing, and that’s a problem. Let’s go back to the table and see where we can put our own people to work, and not outsourcing our jobs to China, outsourcing our jobs to India, but putting our own people to work here at home.

What is a realistic strategy for immigration and those living here illegally?

I think the lack of immigration reform is one of the biggest examples of the failure of Congress. There is a bipartisan piece of legislation that was passed a couple of years ago and the House wouldn’t even take it up. A number of the senators who actually drafted the legislation wouldn’t even support it in the end. It just shows the partisanship that goes on in Congress.

I thought it was a great bill. It addressed a pathway to citizenship for the 11 million immigrants who are in this country. It provided funding for adequate border security, making sure we are keeping our borders protected. And it also allows for people who are here to become citizens as long as they are law-abiding, don’t have a criminal history, and they want to work their way up to become tax-paying citizens who could become entrepreneurs. Unfortunately, Congress didn’t take up this issue.

What is most unique about you in pursuit of public office?

What can we do to encourage small business growth?

Let’s bring federal dollars back to the region. Small business is the backbone of our economy. Let’s work with public-private partnerships. Let’s work with our academic partners. Identify what the need is and what we can do to help.

Have you heard anything in this campaign that changed your mind on any issue?

I’m out all the time, talking directly to the voters, hearing about their needs, their complaints. I’ve learned a lot, I’ve been able to hear new issues and concerns that I haven’t thought of before, But nothing to change my mind about.

How will you be pro-active in Congress?

As far as legislation goes, I am somebody who wants to get things done. When I worked in the senator’s office we worked with Republican mayors, independent town supervisors, it didn’t matter as long as we were getting things done. But it’s not only about getting legislation passed. It’s about having relationships and solving problems.

If you woke up tomorrow and could achieve three things, what would they be?

One, paid family leave. Two, if you’re on the FBI watch list you should not be able to purchase a gun. Three, end Citizens United.