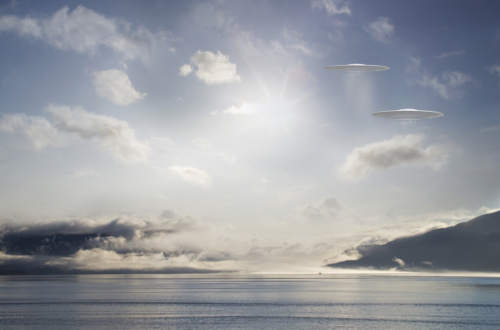 UFO sightings are in a slump!

Longtime researchers have known that there is a six- to seven-year up-and-down UFO sighting cycle. During this cycle the UFO sightings seem to rise incrementally from a baseline number, hit a peak, then decline back toward the baseline. Then the process typically starts all over again. It was at this point I thought the sighting numbers would start climbing again, but NO! The yearly sightings reports sustained a downward trend from the peak average to 7,837. That’s a whopping 41 percent drop from the three-year peak average years.

During the 2016 to 2017 period, New York state rose to No. 4 nationally, rising from the No. 6 spot for individual state UFO sightings. Yet even the Empire State has seen a staggering drop in sighting reports to a number not seen since 2010. During the peak average period from 2012 to 2014, New York averaged 577 sighting reposts, but in 2017 that number fell to 325, down 43 percent. I wish to offer some speculation. In both the national graph and the New York state graph we see relatively flat sighting report numbers from 2001 to 2006. This flatness is considered an artifact of reporting, as broadband internet access was still growing in most areas. Access to broadband is a major driver in people having routine use of web reporting services such as NUFORC and MUFON.

Using both the national and the New York state charts, between 2006 and 2010 we start seeing a rise-and-fall pattern. Then in 2011 we clearly see the rise cycle start again. Many researchers think that the unusual 2012 reporting spike was simply because of the Mayan calendar media ballyhoo that simply had more people outside looking up. Taking that spike into consideration, the classic seven-year UFO sighting cycle is clearly shown from 2011 to 2017.

The big question is will the sighting trend continue downward to a new baseline or start cycling upward again?

A word of caution from a wise man: “For every complex problem there is a simple answer, which is usually wrong.”

Cheryl Costa was named Researcher of the Year 2018 by the International UFO Congress.

Taking a knee: Americanism should not be defined by symbols
Sweet Sixteens are not yet qualified to vote in elections
To Top