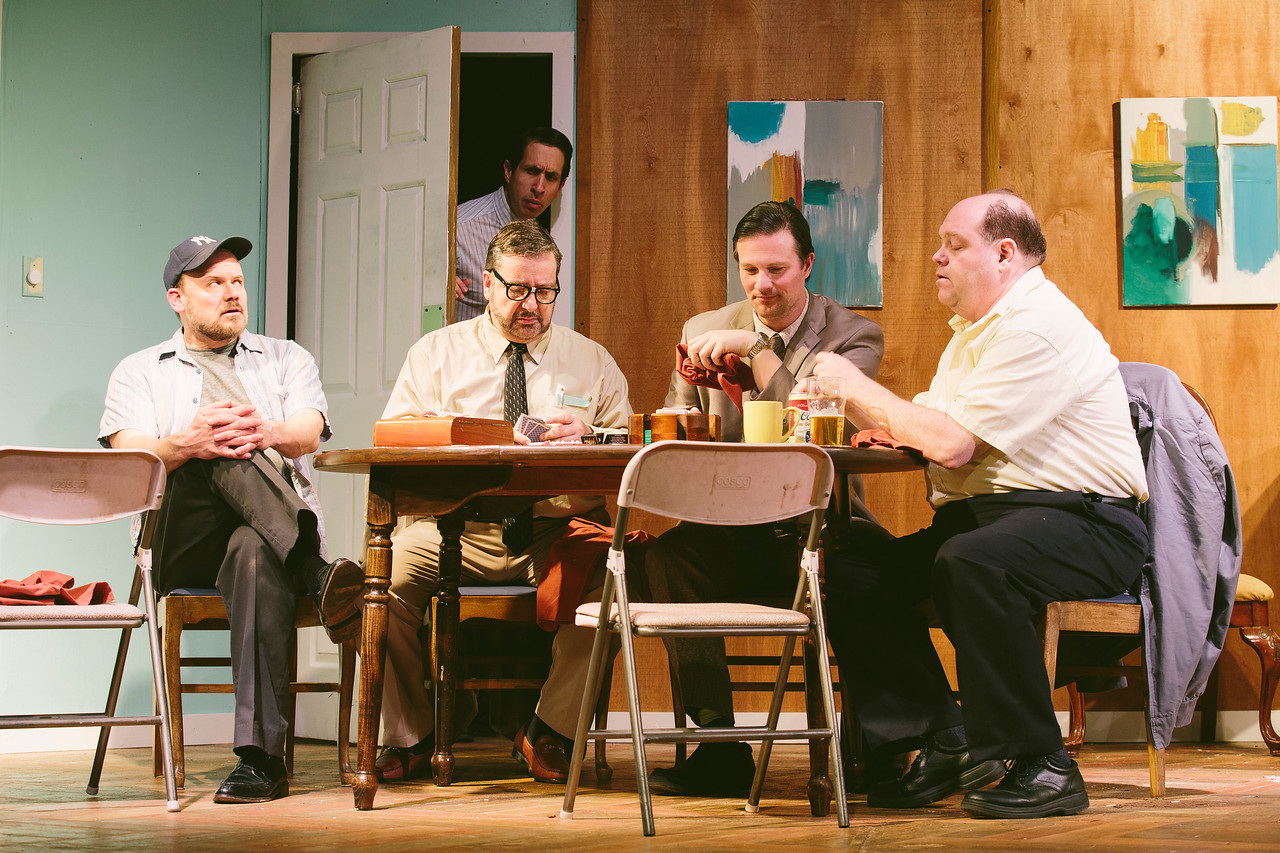 “The Odd Couple” returns to CNY Playhouse after a poll of patrons.

“Brought back by popular demand” is not an empty marketing slogan. Before Dustin Czarny’s Central New York Playhouse opened for business in Shoppingtown Mall in summer 2012, he ran an antecedent called Not Another Theater Company at a location on Hiawatha Boulevard for two years. Despite a forbidding sign on the venue’s door saying that patrons in hoodies would not be admitted, NATC did encouraging business and established artistic bona fides.

Last year Czarny polled current playgoers to find out which of the earlier era shows they would like to see revived. Even against groundbreaking items like the edgy Reefer Madness: The Musical, Neil Simon’s The Odd Couple from March 2011, won the poll. So it’s back, and it’s running through April 29.

Except for being a comedy about divorced Manhattan professionals who find themselves living in disharmony in the same eight-room apartment, the two productions have little in common. Dan Rowlands, then a newcomer, directed the 2011 Odd Couple with his father Steve. The Rowlands’ motive then was to prove that supposedly shopworn properties could be brought back to life. J. Brazill as Oscar Madison and Gerrit Vander Werff as Felix Unger were both in top form. Different as the conception was then, Rowlands is still around and serves as the lighting designer for this mounting.

Director Heather J. Roach, a founding member of the company in both manifestations, pays more attention to the physical. The finished set, with 1960s-era lime green walls by Christopher J. Lupia, comes with five slammable doors. Not only are body set and movement as important as the delivery of Simon’s gag-filled lines, but the poker players can get up from the table, run around the room, and scamper under the table.

This interpretation pushes away all previous Oscar and Felixes from the movies and TV series and starts fresh. John Melvin’s Oscar is given to slow burns and explosive anger, as if the character’s threats to murder Eric Feldstein’s Felix should be taken literally. Although Melvin brings extensive credits (including opera), there’s no established persona to play against. Instead, there’s a kind of Ralph Kramden-esque fury. Melvin and Roach also downplay Oscar’s lethal irony. One of the play’s most celebrated lines, “Either very new cheese or very old meat,” slips by without a laugh.

Director Roach and Eric Feldstein take literally the suggestion from the poker players that Felix is in some danger of committing suicide at the breakup of his marriage. Feldstein gives Felix a face so wrenched in grief that he might just have emerged from a bombed Syrian apartment building. Eventually, this gives Felix mileage with the Pigeon sisters, but in the short run it feels cruel to laugh at his obsessive compulsiveness. An experienced comic player, Feldstein recovers Felix’s balance and reaches his most sublime moment swanning while vacuuming at the beginning of the third act.

The showstopping innovation in this production is the elevation of those British imports, the Pigeon sisters. Neither Karen Greenfield (Cecily) nor Libby Montecalvo (Gwendolyn) has an established record as a comedienne; Greenfield’s bio stresses her work as a set painter. What Roach, a sympathetic female director, has done is to recreate the girls from the ground up, with plenty of body English (yes, that’s the word) and a saucy sexiness. Gwen tells the boys she likes to cool off in the heat wave by sitting in the altogether and letting breezes from an open refrigerator waft over her. Roach has at last explicated the hidden joke in the script: The sisters are named for the two damsels in Oscar Wilde’s The Importance of Being Earnest.

Roach’s efforts to rethink The Odd Couple are evident from the beginning with the poker players in the first act. Cigar-chomping Jim Magnarelli as Speed and the all-business Chris Shepherd as Roy have the requisite jack-hammer Gotham delivery that so many Simon lines require and might also fit in a production of, say, Guys and Dolls. They get every last laugh the words will allow. As Vinnie, however, usually seen as a henpecked, sniveling wimp, Roach has cast tall, comely Derek Potocki. He’s the first Vinnie to look like a leading man, but he still delivers.

To separate Murray the cop and make him more sympathetic than the others, Roach has called on soft-spoken Phil Brady, who surprised many people as Lennie in Of Mice and Men. He doesn’t talk like a hard-edged New Yorker, increasing the response when he cracks the whip in his own tempo.

The Odd Couple has been one of the most-often produced American stage comedies of the last half-century. This Central New York Playhouse revival demonstrates why.