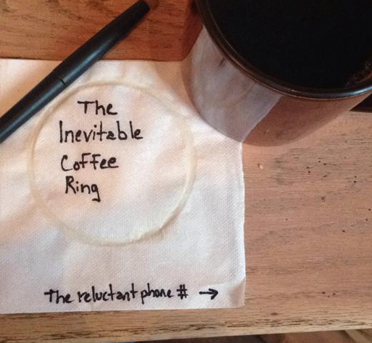 An evening at The Blue Tusk

The populated backroom of The Blue Tusk was filled with friends, strangers, and family members (not my own). As the group waited for our friend to arrive for her surprise 30th birthday, it was nice to take a moment of time to reflect on the fact that, aside the bleakness this Central New York city may present at times, my staying put is primarily due to having family and friends around. And, to them, I raise my glass.

Decisions that involve human decency and conscience are the moments to look and listen for.

These decisions have a little more weight than changing, let’s say, an item served on a restaurant menu. For example, should a selfish choice be made, Karma will eventually prevail. Yet, Fate, that impish principle with mythological winged minions to do its bidding, ups the ante with the situations. A challenge was presented to me as soon as I walked through the door to the pub.

The atmosphere of Tusk is simply adult. It’s the low key crowd of people, wanting to get a couple of craft pints in them after work and with friends or during a date. It’s the type of bar to stay at for an entire night, because there are 69 craft beer options and great wine list. Sure, all the glasses come at a cost, but consider the cost being a part of the atmosphere: The guys behind the bar actually know the products; the bouncers don’t take shit from people, and they protect the bar well. The music favors jam bands and classic rock, but there are plenty of nights were hip-hop and 90’s alternative are pumped through the speakers. There are two televisions which allow the sports nuts to enjoy their local university’s teams, but also to stress that conversation and human interaction are high priorities. I immediately checked in with the party crew that was setting down before riling up for the big surprise. As the minutes to six drew nearer, off to the counter I went, opting for a Stone Xocoveza Mocha Stout. ‘Tis the season for these dark, thick, wonderful draughts. As I waited for my pour, a pretty brunette wearing a floral blouse caught my eye. The cartoon wolf with the bug-eyed-glare-and-mouth-agape reaction didn’t happen – my body isn’t made for extreme spontaneous ogling – but we smiled at each other as I walked back to the party.

The best seating to snag in The Blue Tusk are the three little designated alcoves and the large table in the far back. The only problem with the alcoves: the other conversations in that row can be clearly heard. The week prior, a date with an OkCupid match took place in one of the cubbies. As we rounded the end of the date, our conversation flowed well. She began to spout off questions to me, and this forced me to make decisions. She asked: Are you a boobs or ass kind of guy? I replied to her, Face. My reasoning: If I am going to be with someone, I may as well find a partner with a pretty face, because that will be the last thing I see every night and the first thing I see every morning.

This is what men do think about. Further, with consideration to the whole Kim Kardashian fiasco, I’ve reconsidered my answer: proportional.

My date did ask a couple questions regarding standards. According to the dating website, our 90% match, we do have a lot in common. The only “deal breaker,” which isn’t a deal breaker, is a matter of height. I like taller women, but that physical aspect can be looked past. No pun intended.

During the walk from the front to the back, my spirits were high. It was going to be a really fun night – and I couldn’t wait to meet people and talk to old friends. Perhaps, when the opportunity presented itself, I’d get a couple words in with the brunette wearing the floral top.

And the opportunity came too quickly. My priority was this party, and I was going to stick to my guns. Yet, alcohol coaxes courage. Brunette girl’s red-shirted friend approached me and insisted that I talk to her floral friend. An introduction was made, but I couldn’t stray from my friends. It was the beginning of the party. If I would talk to this cute-but-shy girl, I’d have to dedicate an unknown amount of time to it. I promised that I’d come back after and towards the end of the party.

The party continued, and red-shirt had to use the facilities. I was talking outside that corner with a buddy of mine. When she came out, I was kind of given an earful about talking to floral girl. Instead of being hypothetical and flipping the situation around to get her opinion, it was stated that ignoring my friends would not be in my best interest. She walked away, and my interest strolled by 20 minutes later. She walked out of the bathroom, and I said hello, telling her that I’d be making my way over, because the party was dissipating. She wanted to talk, this reassured me, so her shyness was dissolving a little bit.

It wasn’t 10 minutes later when a handful of us decided to head to Empire. I scanned Tusk for the girl with the floral shirt. That makes her sound like a Peanuts character, and for that I’m sorry, but when I walk around as a Charlie Brown, such an allusion is needed to put life into perspective. They left. The high-top they acquired is not something simply given away.

I’ve always stood by my not wanting to pick someone up at a bar. I never wanted to be that guy, because of the fear of it roping me in with early-20’s life and the belligerent asses at my age and older, those who have yet to grow out of that phase. But meeting another shy person let me evaluate the bar situation, even if the reevaluation just sticks to that moment. A person on my level was revealed to me, and I passed the opportunity over.

Floral Girl and I were supposed to meet even if we didn’t sit down and talk. Banking on fate, if this should be something bigger, our paths will cross again. If it’s not, the experience was supposed to be acknowledged and learned from. The consequence is my dwelling on asking myself: What if?

#takeatour of Lights on the Lake
Free Will Astrology
To Top