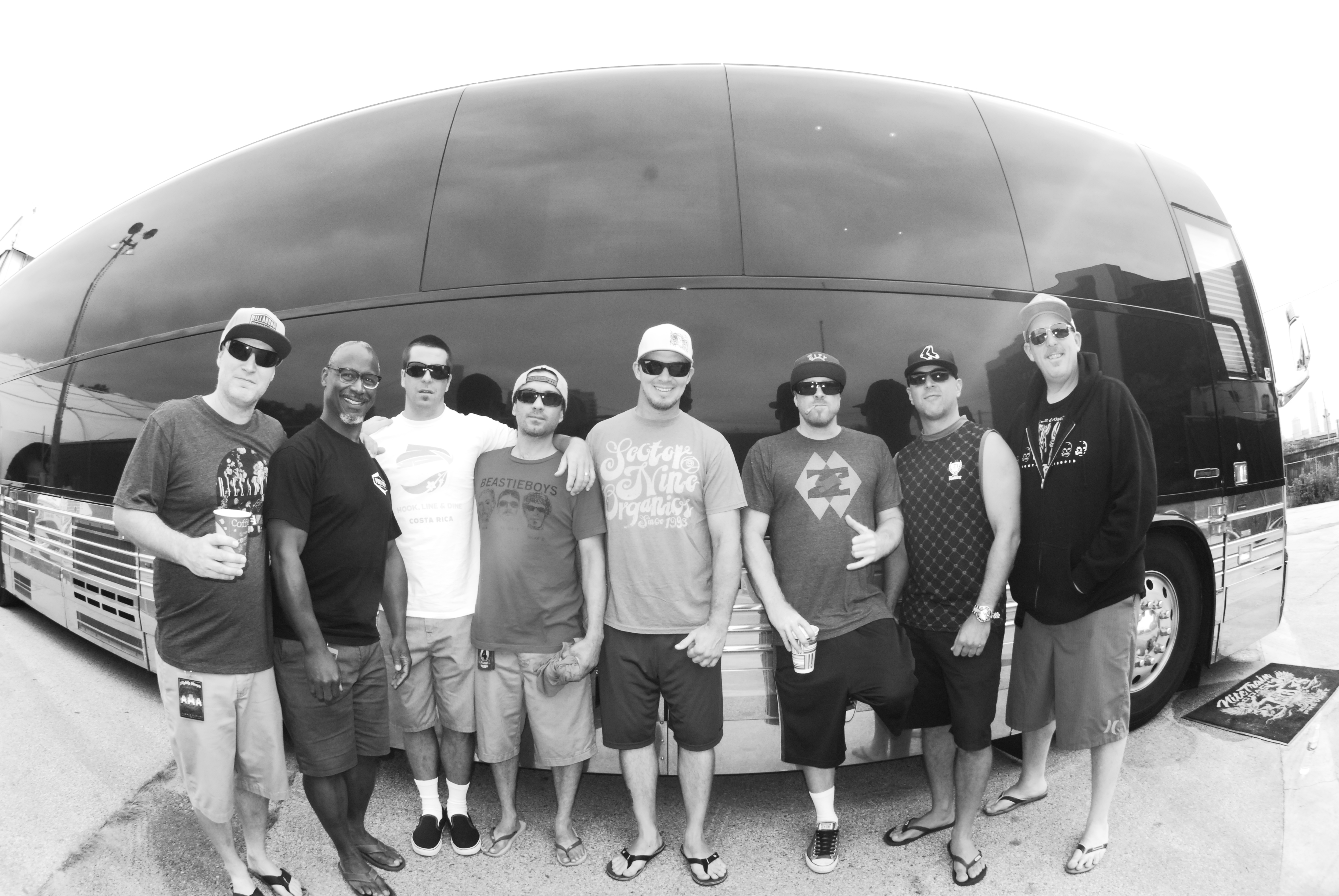 Ryan Moran gabs about his Stoopid band ahead of Utica gig.

On July 22, the San Diego-based band Slightly Stoopid will revisit F.X. Matt Brewery in Utica for the second time in less than a year. They take the outdoor stage for a full-flavored installment of the Saranac Summer Jams series.

Percussionist Ryan “RyMo” Moran, who was traveling with the Stoopid troupe through the middle of nowhere in Salt Lake City during a phone conversation with the Syracuse New Times, noted that “our bread and butter is being on the road. Albums have never been a major income stream. We’ve never had a major label. It’s always been a grassroots thing.”

Moran also said the group is glad to be headed back to Saranac country, especially for its food and beer.

The tour follows the band’s 2015 effort Meanwhile … Back at the Lab (Stoopid Records), which is not that far of a stylistic jump from 2012’s Top of the World. Yet the 14-track Lab is the band’s tightest effort yet, showcasing a range of melodies and proving they’re getting better with age — 20 years and counting — under frontmen Miles Doughty and Kyle McDonald.

Back at the Lab starts off with distinct trio: The funk instrumental “Dabbington,” “This Version” (a reggae jam reminiscent of The Specials’ “Ghost Town” and written by The Aggrolites’ Roger Rivas), and a re-recording of “The Prophet,” originally featured on their self-titled debut album.

Slightly Stoopid’s musical versatility extends beyond stereotypical reggae rock. They can be easily listed in the ranks of Sublime, John Brown’s Body, Michael Franti & Spearhead, Pepper and Dirty Heads. However, they are not just another band.

“It’s not just ska, punk or funk, it’s Slightly Stoopid,” said Moran, who has drummed with the group since 2001. “We have the flexibility to play different styles and play them pretty well.”

Slightly Stoopid’s 1996 debut, a release of ska punk sounds similar to that of Operation Ivy, was released through Skunk Records, the label founded by Michael Happoldt and late Sublime frontman Bradley Nowell. The trio came into the scene in the mid-1990s, in time for the commercial revival of third-wave ska and the popular tactic of injecting reggae and dub to add more layers.

In 2003, Everything You Need welcomed a different approach — a gateway to what we can hear now. The previous hinted themes of partying, sex and of marijuana ballooned into huge plumes. Many tracks embrace dub and hip-hop, with tight, stand-alone punk songs squeezed into the mix.

“We do experiment with moving styles around,” Moran said about the songwriting process. “But not every song has to be experimented with. If you write a reggae song, it’s a reggae song. If it’s punk, it’s punk. You have to have a direction ahead of time.”

The number of musicians has more than doubled, with the current lineup filled with multi-instrumentalists to emphasize the quality of their music. They’ve maintained an underground approach, and selling out has never been a concern, either.

“Selling out doesn’t mean anything,” Moran declares. “Some people classify success as selling out. Not me. I have a family to feed. There is a way I can make money selling my art. Who wouldn’t do that? For us, we try to keep it underground, and I like that.”

Moran and the guys will find themselves back at the lab once the tour is over, making music and pulling inspiration from life. “We’re all humans, we’re all regular dudes. A lot of us have kids, and our biggest inspiration is being alive, experiencing the ups and downs.”