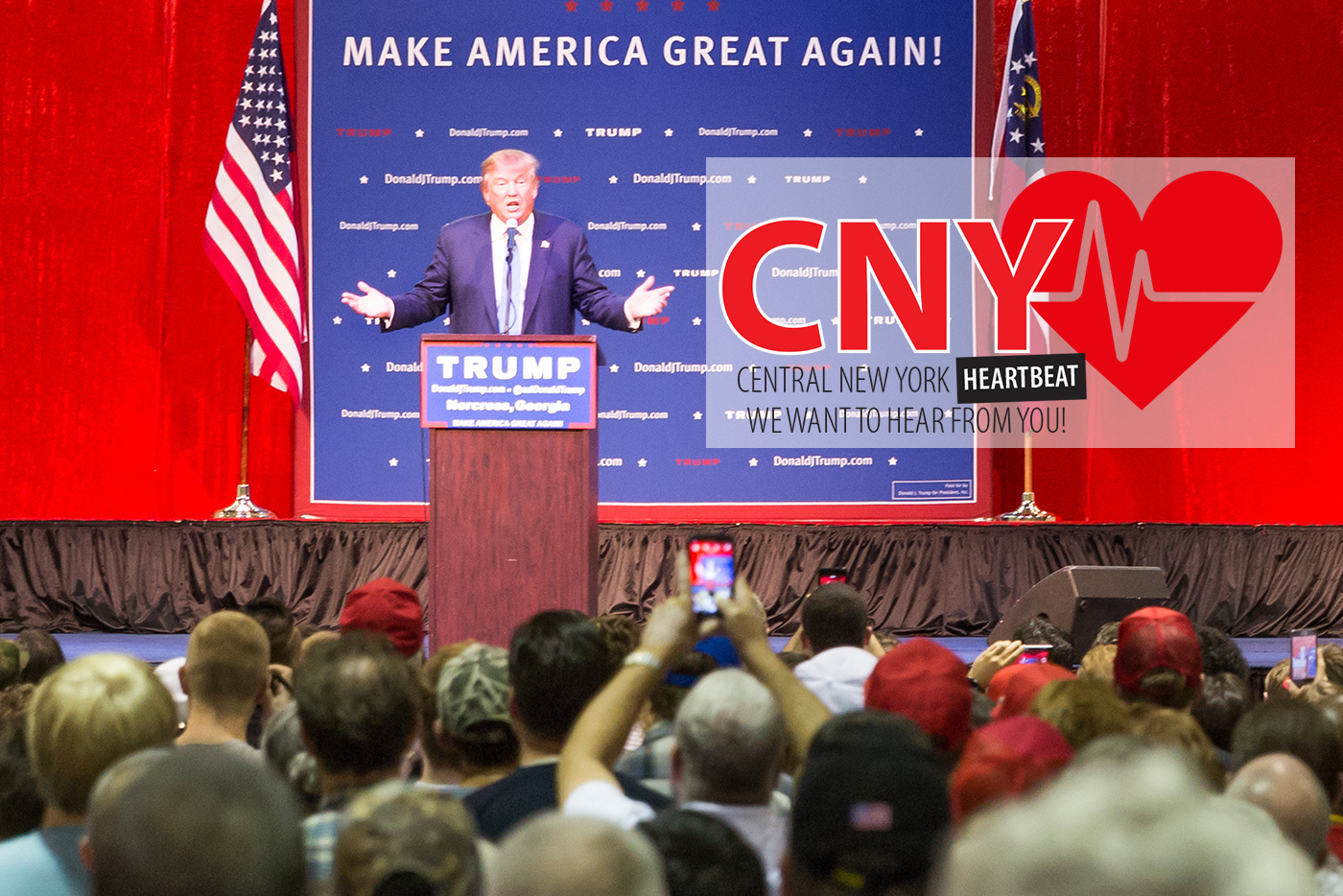 Do you believe President Donald Trump’s initial reaction on Saturday, Aug. 12, to the violence in Charlottesville, Va., was enough?

On Saturday, Aug. 12, a planned protest to the removal of a statue of Confederate General Robert E. Lee in Charlottesville, Va., erupted into a malicious display of violence by white supremacists and counter protesters. The fights and skirmishes resulted in the death of one counter protester when 20-year-old James Alex Fields Jr., of Ohio, barreled through a crowd of counter protesters. Nineteen others were injured in addition to this.

In the wake of this racist spectacle, President Donald Trump addressed the tragedy the same day in front of reporters in Bedminster, N.J., where he denounced the “hatred, bigotry and violence” that caused the outburst of violence. Trump attributed the blame, however, to “many sides,” which landed him in hot water with the public and his political counterparts.

Two days later in Washington D.C., the president bowed to public criticism that called for him to emphatically rebuke the white supremacists who took part in the violence in Charlottesville.

This survey is now closed. Thank you for participating, and check back on Wednesday, Aug. 23, for the results and for another CNY Heartbeat poll.

Here are the results from last week’s poll, which asked: What is your position on climate change?

“We need to stop asking if people believe in this and just start responding to the very real threat climate change poses. We can all see with our own eyes the rapid change in the severity of storms, in growing seasons, in summer heat waves, etc. It is obvious that human activity is altering the Earth’s systems. It’s also exciting that human ingenuity is finding solutions — we should be joining the many other countries that are turning away from fossil fuels and towards renewable energy.”

“We need to act to cut emissions in a decisive yet sensible way that protects the economy and the poor. A steadily rising revenue neutral carbon fee would do just that and encapsulates values on both the left and right. We can get this legislation passed if we stand up and tell our representatives to get it done! This can also help heal some of our country’s political polarization.”

“It is real — very real. The fact that the president is disbanding the EPA and endangered species have no protection and is so adamant that everything including climate change is “fake news” is detrimental to our climate, environment and the Earth as a whole. Thank goodness for the likes of Al Gore, Leonardo DiCaprio and many, many other outspoken celebrities.”

“The threats are real from sea level (already being felt), to agriculture (already being felt and extensively studied), to drought in other parts of the world, to temperature and storm extremes, to arctic ice and even ocean acidification and ocean current changes. We don’t feel most of these effects here in CNY, which leads to dangerous complacency. But we will very soon start to see impacts in costs of things like insurance, as such systems pay for more and more massive weather disasters and fire damage, cost and availability of produce as areas can no longer get the same crop yields, and pretty soon in diseases that are more prevalent due to subtle shifts in carriers, such as ticks, mosquitoes and others. It is a complicated problem with no easy answers, not served by political slogans and tweets. People should endeavor to understand, heed science and find ways to help, both in personal habits and policy changes that require your votes and support.”

The Air Up There: A detailed look at the B-17 (photos)
No Parking On The Dance Floor At Hanover Square’s Silent Disco
To Top