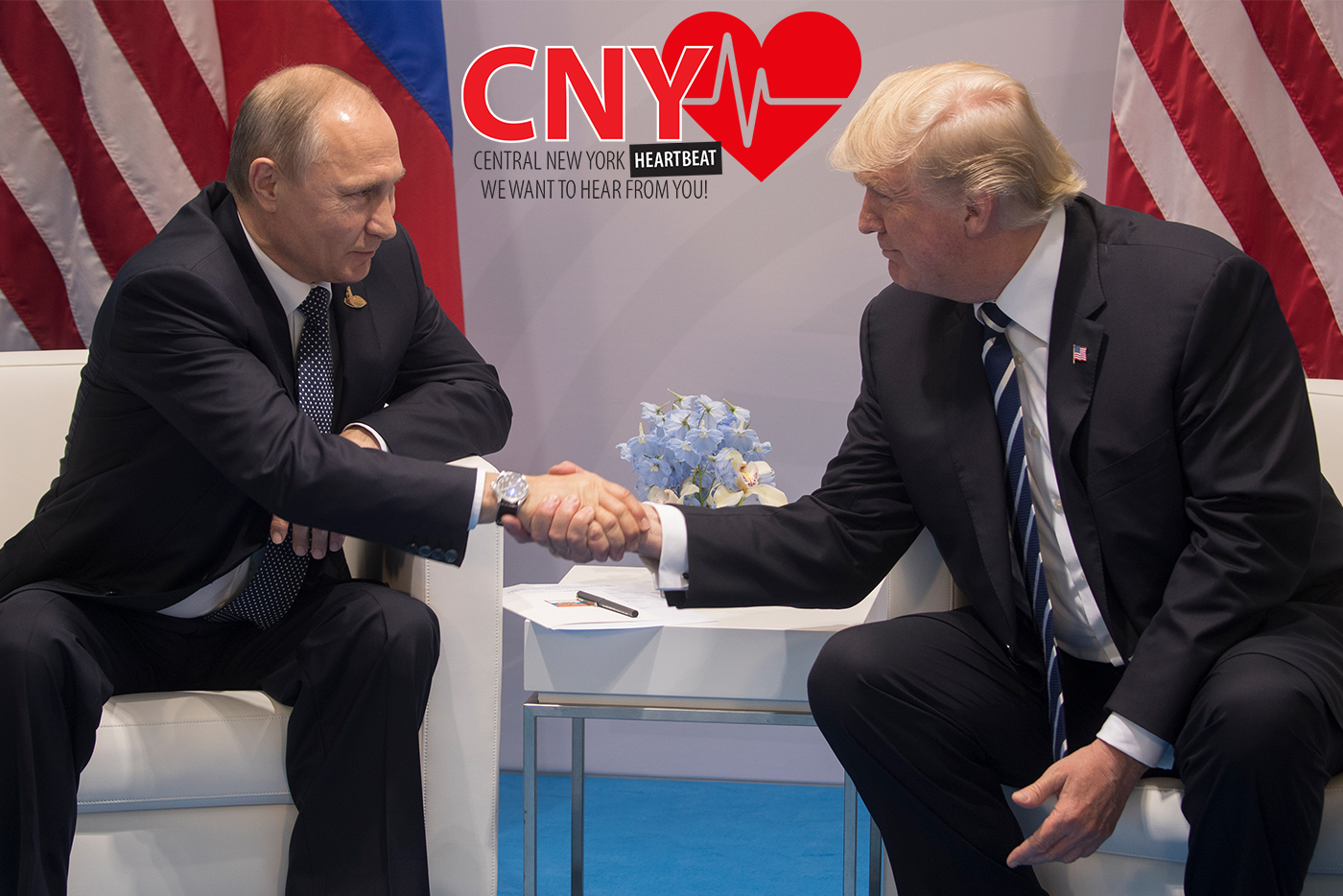 How do you feel about the amount of attention being placed on the alleged Russian collusion in the U.S. election?

Did President Donald Trump and his camp of political allies collude with Russia during the 2016 presidential race? That is the question that has been reported and commentated on by every news organization under the sun since Trump won the election last November.

Do you believe the issue has seen too much media coverage? Do you believe all of it is warranted? Let us know by taking our survey.

This survey is now closed. Thank you for participating, and check back on Wednesday, Aug. 2, for the results and for another CNY Heartbeat poll.

Here are the results from last week’s poll, which asked: What do you think will happen in regard to the future of the Affordable Care Act?

“Congress needs to ignore politics and focus on the American people. If they do a good job for us, we will make them strong. If they fail us, we will fail them. It’s simple.”