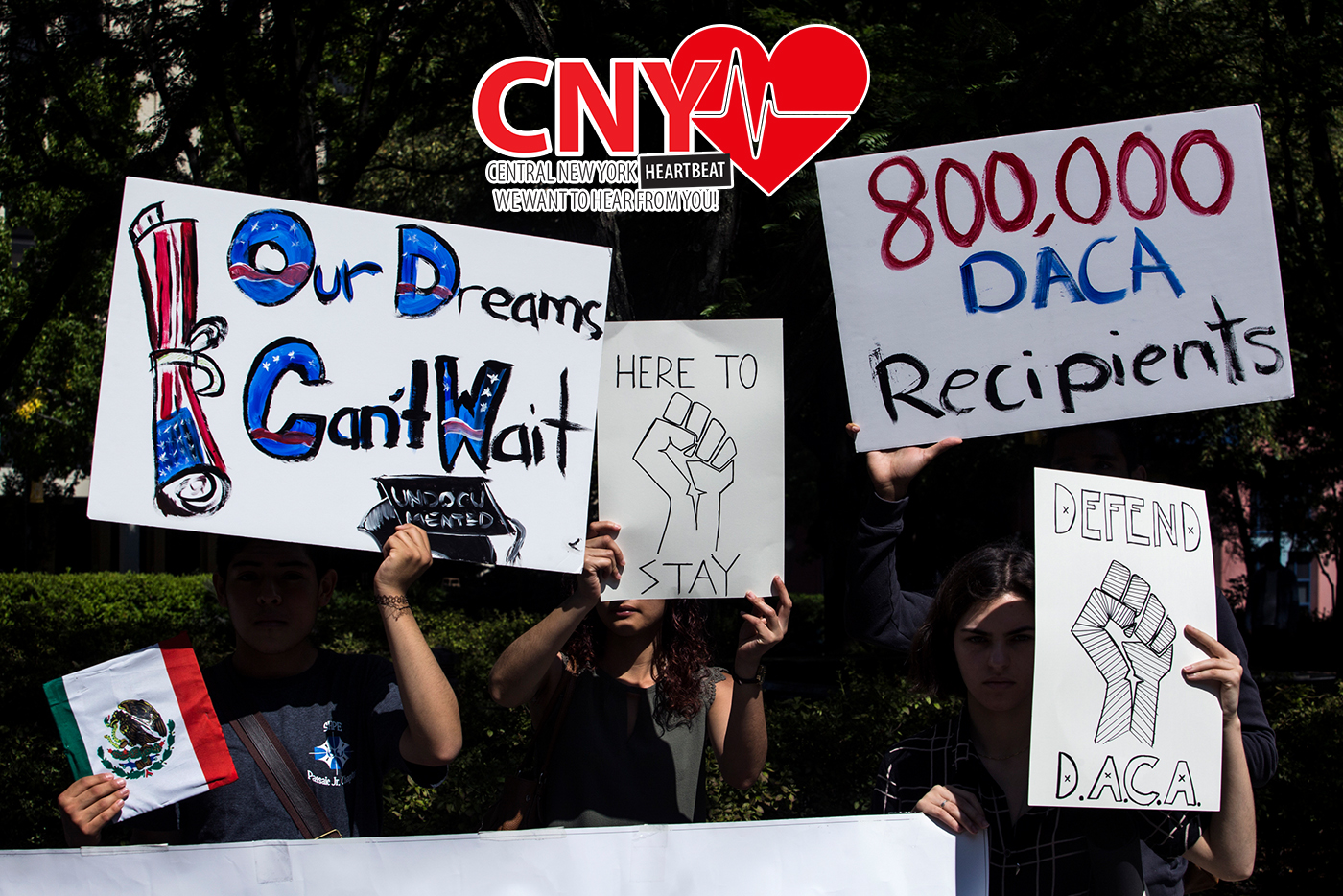 Do you believe DACA should be repealed by Congress?

President Donald Trump continued his theme of undoing former President Barak Obama’s policies on Tuesday with an order to rescind and replace the Deferred Action for Childhood Arrivals program, aka DACA.

The program currently allows more than 800,000 young undocumented immigrants to stay in the United States without fear of deportation. President Trump urged Congress to replace the program before it expires on March 5, 2018.

Do you believe DACA should be repealed by Congress?

This survey is now closed. Thank you for participating, and check back on Wednesday, Sept. 13, for the results and for another CNY Heartbeat poll.

Here are the results from last week’s poll, which asked: Do you believe transgender citizens should be allowed to serve in the military?

What are your thoughts on President Trump’s memorandum that transgendered citizens are forbidden from serving in the military?

“It is a difficult situation. I am pro LGBQT, however, being a veteran, I also understand the mission comes first. There are a lot of things to consider beyond wanting to make the military open to transgender service members, including APFT standards (this also effects promotions), deployability (many people are placed on the no deployable list for being on daily medications), hormone treatments and medications, money tax payers will have to pay for surgeries and medications, mental health issues, etc. We are not yet fully equipped to deal with the service members now that are coming back with mental health issues such as PTSD. The military does not conform to individuals, individuals have to conform to the military. There are a lot of different aspects to consider.”

“Any individual who is willing to fight for this country and meets the military’s criteria should be able to serve.”

“I have always believed Mr. Trump to be not the best president. However, this level of hatred is intolerable, and banning people from fighting for our country because of their gender identity is sickening. These men, women, and anything in between are fighting for his right to go on his sporadic golfing trips instead of him doing his job.”

“I agree. Our military is not a social experiment. It exists to win wars, not to provide sex change operations.”