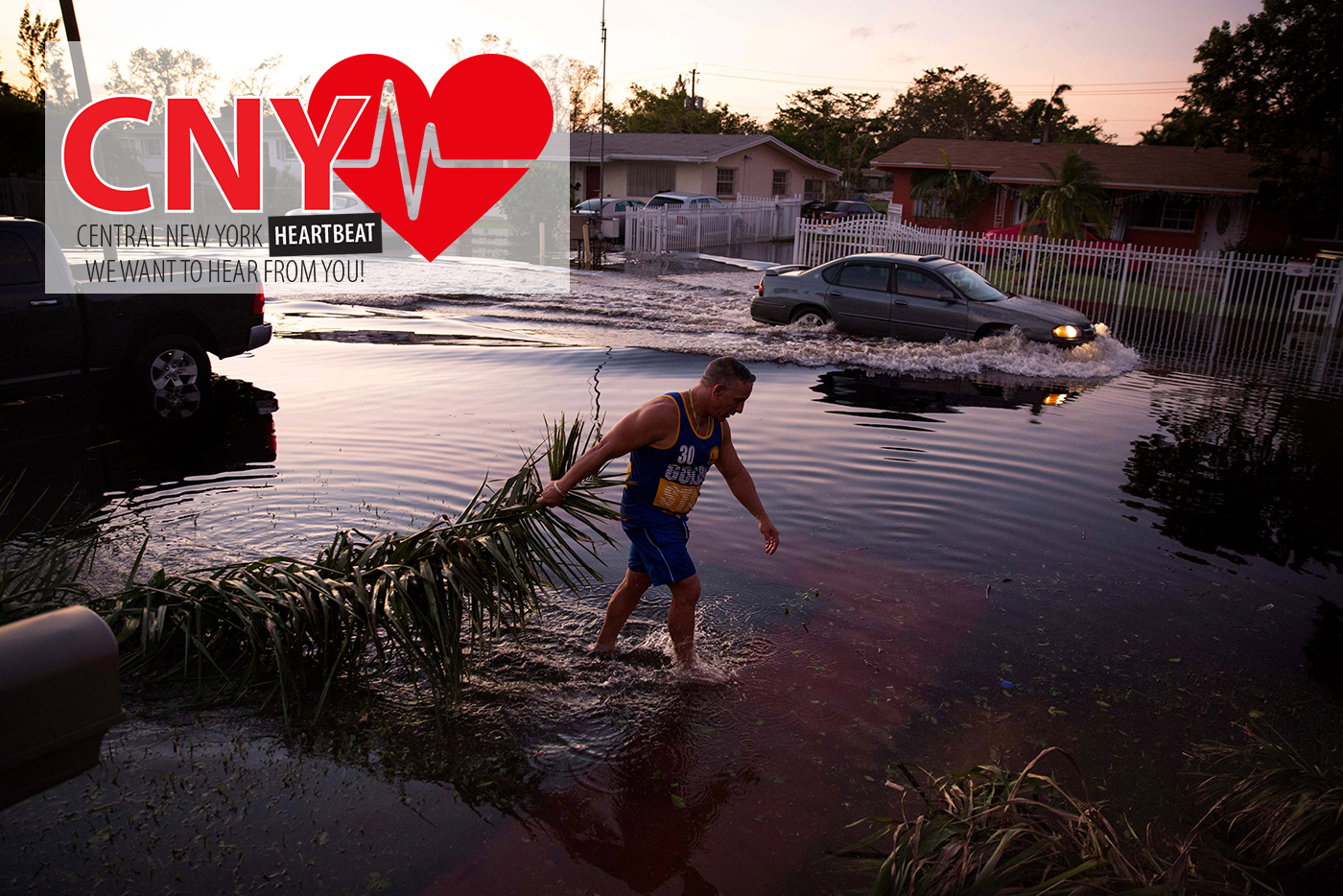 Should this recent trend in extreme weather force homeowners down South to rethink where to live?

Hurricanes Harvey and Irma have ripped through the Southern United States over the course of nearly a month, leaving a paths of death and immense destruction. Hurricane Harvey ended a 12-year drought of major hurricanes to make landfall in the U.S., while Hurricane Irma was the most intense hurricane seen since Katrina in 2005.

The combined cost of these hurricanes to homes and other buildings will be well into the billions when all is said and done. That begs the questions: Is it worth it to continue to live in such a potentially hazardous climate? Also, what role is climate change playing in all of this?

Take our poll and let us know your thoughts on this complex subject.

This survey is now closed. Thank you for participating, and check back on Wednesday, Sept. 20, for the results and for another CNY Heartbeat poll.

Here are the results from last week’s poll, which asked: Do you believe DACA should be repealed by Congress?

What are your thoughts on President Trump’s order to repeal DACA?

“This decision by the president was an act of unbelievable cruelty against those who love our country and have worked unbelievably hard to become Americans legally. They are Americans in every other way. Repealing DACA was a cruel act by a president and administration that has made a number of horrible decisions in the past eight months.”

“It is just following the law. If there will be people who will use this as an excuse, other people will abuse it. It is also unfair for people who entered the U.S. who followed the immigration law. It is not an easy process. DACA is like people cutting in line, and there are lots of them. Worst case scenario: People who do not have good intentions like the terrorists might use DACA too as an excuse. We have already seen kids who were brainwashed by these bad people. DACA also affects the tax distribution, the economy, and more. Trump is being fair, letting the congress find another solution.”

“I think he was a chicken to kick the can down the road to congress. He wanted to appease his base without being the bad guy. He can then blame Congress if things go wrong.”

“The original executive order was unlawful. Only Congress can make laws. President Trump was “putting the ball back in the court.” It belongs to Congress to make or break this overreach by former President Obama.”