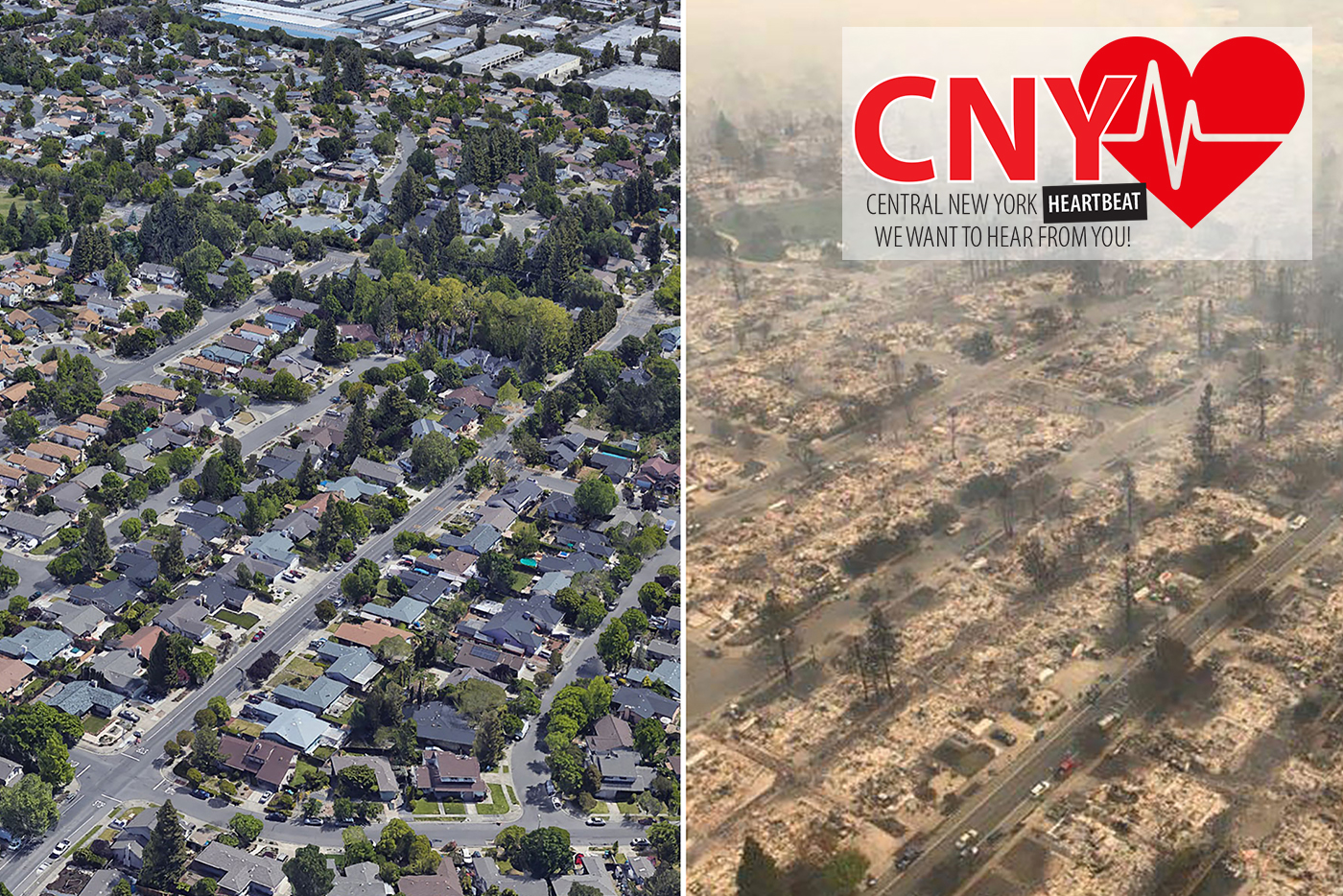 Do you believe human activity such as pollution has contributed to longer and more intense wildfire seasons?

The Coffey Park subdivision in Santa Rosa, Calif., is seen before, left, and after wildfires swept through the area on Monday, Oct. 9, 2017. Photos by: Before, Google Earth; after, California Highway Patrol via The New York Times
Share
Tweet
Share
Share
Email
Comments

At least 11 people are dead and more than 100 injured from the numerous wildfires that are still sweeping cross Northern California. Seventeen active wildfires have forced about 20,000 people to evacuate with more than 100 people being reported missing. The state’s wine country has been hit hard and at least eight counties have declared a state of emergency.

The duration of wildfire season has expanded due to the warming climate and increasing likelihood of droughts. The fact that 90 percent of wildfires are caused by human activity only intensifies the arguments of global warming and climate change.

Do you believe human activity such as pollution has contributed to longer and more intense wildfire seasons?

This survey is now closed. Thank you for participating, and check back on Wednesday, Oct. 18, for the results and for another CNY Heartbeat poll.

Here are the results from last week’s poll, which asked: Do you believe the U.S. needs stricter gun laws?

“Yes. There is no reason for someone to own an automatic weapon. The NRA is a prime political contributor to candidates who will vote for less controls over guns! The American people need to make their voices heard!”

“No. The NRA is an organization that simply promotes the second amendment, a freedom that many gave their lives for, and teaches safe gun ownership, similar to what the AAA org does for Safe Driving! The media needs to look up the Facts about the NRA before posting opinions!”

“Without question, the NRA, which started as a gun safety organization and has turned into the gun mafia, has been buying politicians’ votes with their large donations. When nothing was done after children were slaughtered at Sandy Hook, it showed us what kind of country we have become, beholden to the gun industry.”

“No not at all, someone needs to stand for freedom and protect the basic rights of Americans. If you outlawed everything that could be used as a weapon there would be very little, if anything, legally available. Individuals with the intent to do harm will find a way. Due to the state of things worldwide, detection systems should be deployed at big events. You cannot stop a strong-willed individual or group from doing harm, but mitigate it, and minimize the negative outcome. The NRA fights to keep law abiding individual rights intact.”