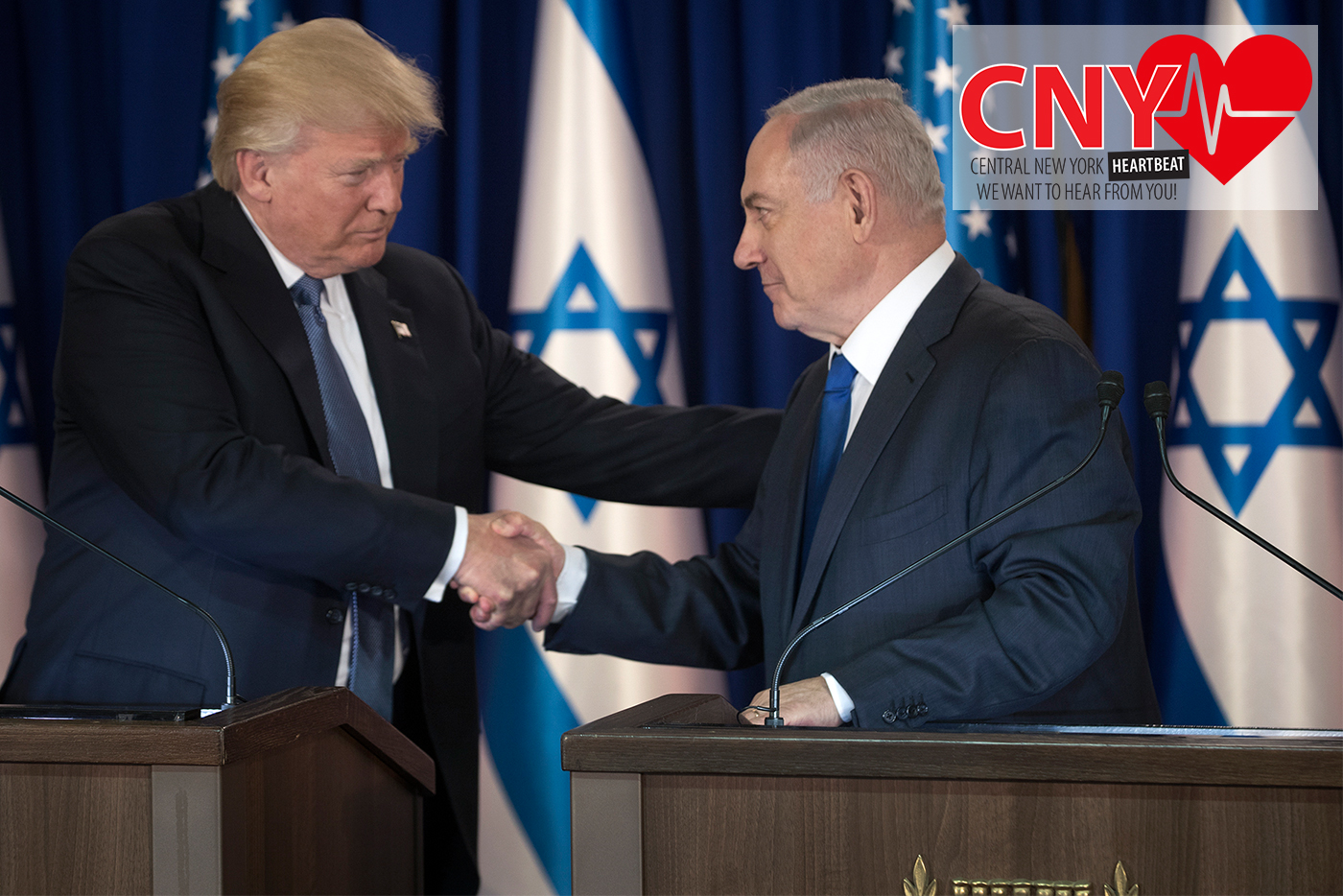 How do you think President Donald Trump has done so far on his overseas visits?

President Donald Trump is currently on his first overseas trip to meet with foreign diplomats in Saudi Arabia, Israel, Italy and Belgium. He left Israel on Tuesday after meeting with Israeli Prime Minister Benjamin Netanyahu. The president pushed for peace, something that has evaded the Israel and the Palestinians for some time now.

How do you think President Trump has fared thus far in his first overseas trip?

This survey is now closed. Thank you for participating, and check back on Wednesday, May 31, for the results and for another CNY Heartbeat poll.

Here are the results of last week’s poll, which asked how you thought Rep. John Katko fared in his first public town hall meeting. “Some of his answers were pure political verbiage with no real substance. I am glad he voted no on the health care bill, but he should be doing more to help eliminate number 45’s mean-spirited and ridiculous issues on eliminating meals on wheels, reducing social security and Medicare, doing away with the NEA — a culture is nothing without its arts! I could keep going … 45 is not my president.”

“The substance of Rep. Katko’s answers was repeatedly frustrating (indicating unfamiliarity with net neutrality, pivoting to Hillary Clinton when asked about Trump’s conflicts of interest, refusing to support an independent investigation of RussiaGate, etc.). But even more distressing was Rep. Katko’s tone. The Trump presidency is an existential threat to core institutions of American constitutional democracy, but Rep. Katko insists on making light-hearted jokes about how great it is that we can all freely disagree with one another.”

“I think John was professional as he answered a variety of different questions. He was thoughtful and respectful to each person asking questions. While everyone will not always agree on every issue he did respond and understood the person’s point of view.”

“He was true to his constituents. He was also true to his party. He underwent a lot of pressure to vote yes to the Trumpcare bill and did not, he let that be known. He is an “old school” Republican that supports less centralized government and more decision-making power to State government. I believe that one hour is not enough time; however, it was an emotional forum and the issues are many, four hours would not have covered all of the issues. He was honest which is more than anyone could say for a majority of Congress.”