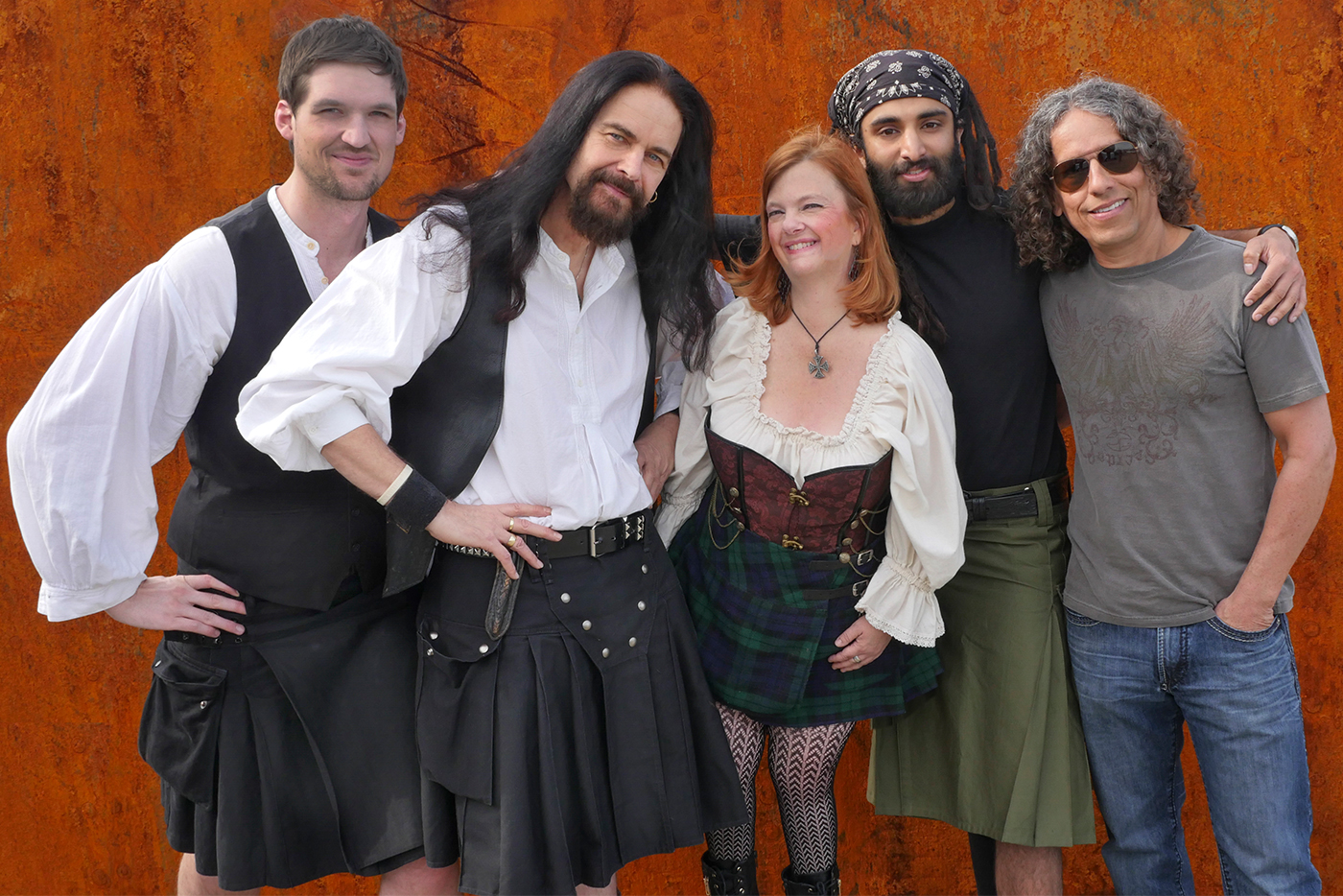 Tempest is a band of boundary-breaking and unusual combinations. Progressive rock is heard with Irish reels, Scottish ballads and folk, making for a high-energy style while avoiding any single genre classification.

The group, which will turn 29 in October, has released more than 15 albums and played more than 2,000 shows. Founder Lief Sorbye is still loving every minute of it.

“I had a vision of creating a Celtic rock band,” he recalls. “At that time, it was uncharted territory. People didn’t know what we were talking about. There wasn’t awareness of our kind of music, but we found our own place in the world. For almost 30 years we’ve been touring, recording and keeping at it. I feel like we’ve still just scratched the surface musically. You never run out of inspiration with roots music. There’s so much source material.”

Sorbye, a mandolin player and vocalist, started the band with drummer Adolfo Lazo, guitarist Rob Wullenjohn and Mark Showalter on bass. Sorbye and Lazo remain with the outfit, along with Kathy Buys on fiddle, Greg Jones on guitar and bassist Josh Fossgreen. His mission was a Celtic band, yet he grew up with rock music, and dreamed of mixing the two after years of acoustic music.

“I wanted the energy of rock’n’roll with roots and folk music to make one cohesive sound we could call our own,” Sorbye says. “When we first started playing folk festivals, not a lot of people were doing it. There were a lot of purists knocking us. People wanted folk music to stay a museum piece and not mess with it out of respect. But if you don’t play the music, it will die, so it became a mission at that point.”

As the band has grown over the years, so has access to culture. With the internet, more people have become aware of other cultures, styles, fashions and beliefs. Experimentation with musical ideas has especially expanded, which aided Tempest’s soundscape evolution.

“Things have changed a lot,” Sorbye says. “And we’re not a typical sing-along campfire band. The essence of folk music is to find what’s progressive. There are lots of key changes and tempo changes. We emphasize that and bring it into a rock concept. The music is dying to be played that way, so we bring that aspect out. It might sound very intellectual, but it’s very natural.”

Originally from Norway, Sorbye was a busker who traveled across Europe, especially south in the winter months, to busk through Greece, Italy and more warm-weather locations. But he started running out of places to play.

“I looked on a map and said, ‘The United States is big and California is nice and warm,’” he says. “It was that simple.”

He came to the States with nothing but a one-way plane ticket and a song. However, he found busking much easier on the East Coast than out west: “There’s a lot of competition in the San Francisco area.”

Sorbye joined a band named the Golden Bow, then formed his own group. After 18 years of folk, he wanted to explore different musical energies, so he started Tempest.

The band still tours extensively and is making plans to revisit the studio this fall. The group usually writes material, tests it on the road and then brings finished, worked products to record.

“We fine-tune them in front of an audience because the audience is the most important thing,” he says. “We get their input. The energy you get back from the stuff you put out, it adds a little spark to it. That’s our goal.”

Tempest often mixes familiar melodies or lyrics with new themes, turning classics on their heads. They’ll put well-known lyrics over a wild arrangement, or take an old melody and put new words to it, making the creations more exciting.

Overall, Sorbye’s message with Tempest is simple: “Whether you’re into rock’n’roll or folk music, there’s a lot of good energy happening. Magic happens between the audience and the band on stage. Real stuff is always spontaneous. It’s a show that appeals to all age groups and kinds of people. It’s not like we have one type of following. Sometimes it’s three generations at the show.”