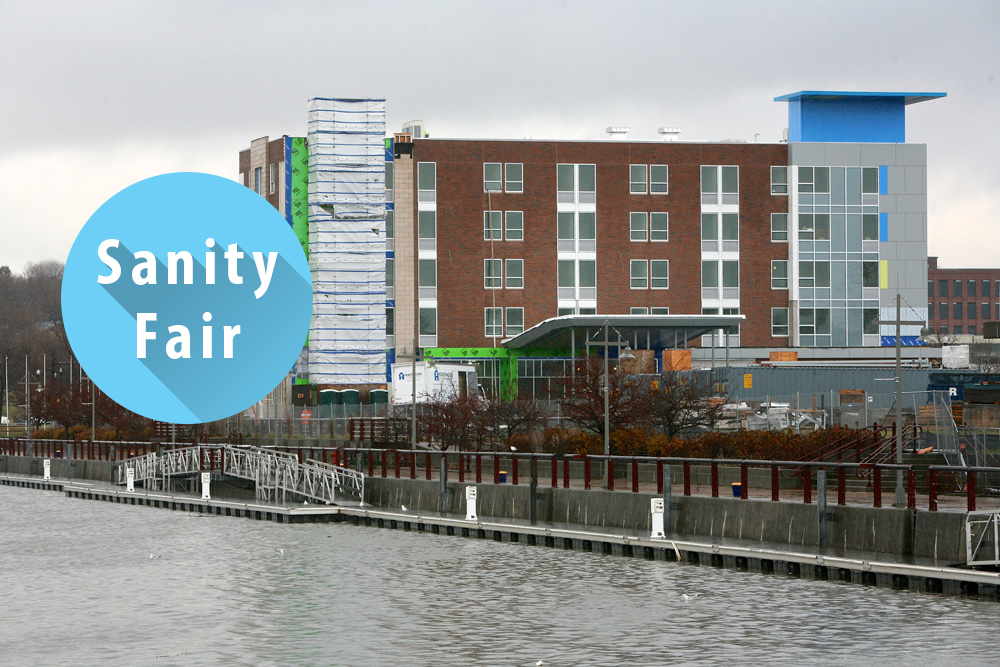 Changes need to be made in Central New York during this time of economic uncertainty.

Capitalism has pitted Central New York against some pretty tough adversaries. First the low-wage countries of the world took the factories that sustained our families. Then the cities of the South began to suck away the young and talented who could help us rebuild.

Lately, at the state level, we have a governor who chooses to break up New York into regions and then set us to battling with one another for his benevolence. This process, which he calls the REDC (Regional Economic Development Councils) and others refer to as “The Hunger Games,” reaches a climax on Thursday, Dec. 10, when Gov. Andrew Cuomo plans to announce which of the 10 regions will win.

In this season of expectation, when children listen for tiny sleigh bells and every knee in Christendom bends in anticipation of the arrival of a savior, it is safe to say that more than a few grownups in our town will find it hard to sleep on the night before Cuomo’s announcement. Many long-term projects will be initiated or boosted by this money, a crisp $100 million annually for five years.

Here’s one meager investment that sorely needs to be made. The state should fund a table at the new Recess Coffee location on Montgomery Street just across from City Hall. On that table they should place a small sign saying “Reserved for Stephanie Miner and Joanie Mahoney.” The table should be available every day until Onondaga County Executive Mahoney takes that short walk through downtown and Syracuse Mayor Miner comes downstairs to sit with her and put city-county relations back on an amicable, functional basis.

Coffee alone won’t do the trick, you say? Then we include a provision to open a tab at Wolff’s Biergarten right next door to Recess. And the two leaders, whose famous cooperation not too many years ago was the talk of the town, can’t settle their tab until they settle their differences.

First on the Biergarten agenda should be the Inner Harbor, which has been the next cool thing in our town for longer than Mike Hopkins has been at Jim Boeheim’s side. The recent ruckus over the PILOT (payment in lieu of taxes) agreement for COR Development won’t stop the construction at the harbor, but it may well widen the division between the county and the city at the very moment when greater consolidation is most needed. (Funding to advance said cooperation is part of this year’s REDC bid.)

The Inner Harbor has potential to both create jobs for needy and worthy local workers, and to enhance the tax base for city schools and services. In dollar terms, whether the project is run through the Onondaga County Industrial Development Agency or the Syracuse Industrial Development Agency, there won’t be a vast difference. This project is up in the air because of politics.

Miner and Mahoney have, whether they know it or not, divided up the very community they seek to support, the people who most need the jobs. Advocates, tired of broken promises, press their case for local jobs, choosing sides between the county and the city while failing to note that neither IDA has asked the developer to commit to specific targets for local hiring. COR Development is not to blame for the mistrust created by the Destiny deals and other fiascos, its leaders are operating in the climate created by years of neglect and discrimination. Is it too much to ask that they at least hold a meeting with the Urban Jobs Task Force?

That could happen if our two leaders bury the hatchet. The early Miner-Mahoney cooperation has gotten us more than a merged purchasing department and economic development office: It opened possibilities for more rational regional governance in an era of shrinking resources. That vital conversation ended when Miner got in a dispute with Cuomo a few years back and Mahoney chose to keep working with him. Doesn’t that seem rather petty at this distance, given what is at stake?

Their working relationship can get back on track if Mahoney uses some of her influence to get Cuomo to once again treat Miner with respect, and if Miner sheds her “my way or the highway” approach to those who dare to disagree with her.

Last call at the Biergarten. Let’s get it done.

Babers Gets With the Program
Still Riding the Wave
To Top