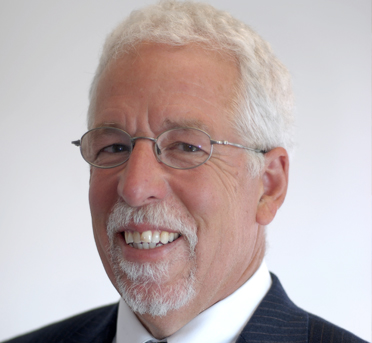 Louis Clark is the president of the Government Accountability Project, a nonprofit organization dedicated to government accountability and protecting whistle blowers. The project is sponsoring the American Whistleblower Tour, which recently made a stop in Syracuse.  Clark is also the project’s director of corporate and financial accountability.

Grant Reeher (GR): Can you give me a very brief history of the Government Accountability Project?

Louis Clark (LC): Yes. We began in the late 1970s as a result of a particularly corrupt president. During the late ’70s, there was a wave of reform activity throughout the country, around government, and we began during that period.

GR: Did it always have a corporate accountability component, or was that added?

LC: It was added in 1980.  So, at the beginning, it focused exclusively on the government, on the federal government. And we added corporate in 1980, three  years later.

GR: What are some of your “greatest hits” of exposure and whistleblowing?

LC:  I would say the first, major hit was really in 1982 through 1984, where we represented a number of whistleblowers at the Zimmer Nuclear Power Plant, which was being built outside Cincinnati. It was 98 percent complete, and it was canceled because of all the whistleblowers coming forward about the lack of quality control, quality assurance throughout the construction.  And after that, whistleblowers from 17 different nuclear power and nuclear weapons facilities came forward to blow the whistle on their places, and there was quite a bit of re-work done at various nuclear plants. In 1987, they actually stopped plutonium production in the United States because of the whistleblowers.  And that was a case that we’re very proud of.

As well as essentially blowing the whistle on Paul Wolfowitz, who was head of the World Bank. That’s much more recent.  And also, as you might know, we represent Edward Snowden; that is not yet an accomplishment because obviously there’s more to come.

GR: Remind our listeners of the problem you exposed with the World Bank.

LC: At the World Bank we exposed corruption basically in the hiring and firing of whistleblowers and the hiring of the girlfriend of Paul Wolfowitz at an extraordinary wage.  In addition to that, the closing down of a focus on climate change as well as stopping the programs in Africa related to population control, or I should say “family planning.” As well as problems related to corruption, and there was an attempt to get the World Bank involved in the Iraq War.

GR: Obviously, politics runs through all of this in various ways, and the examples that you gave me, could, one might argue, be put into the category of a liberal kind of whistleblowing.  Is it that way? Do you see it that way? How do you deal with the political aspect?

LC: I actually don’t see it that way.  For example, right now, in terms of the NSA … there are people all over the political map, all kind of ideologies who actually want to see the transparency, greater transparency, as well as protection of individual privacy and civil liberties. And as a matter of fact, most whistle blowers are pretty non-political.  They become political, perhaps, during that process, but certainly at the beginning they tend to be all over the place, politically.  I would say as often conservative as liberal.

GR: About these individual whistleblowers, obviously as individuals they are going to vary, but do they tend to share any … traits in terms of their temperament or their motivations?

They care about the institution that they’re blowing the whistle on.  It’s only later, when there’s conflict, that there might be a separation of ways.  But certainly at the beginning of the process of whistleblowing, they always raise these concerns internally before they go external to the organization.

LC: Absolutely, and they do tend to follow whatever rules exist for raising concerns. So they do go through those channels that are established.  The only people that don’t, actually, are the cynics that really don’t think the institution’s going to change.  Most whistle blowers are not cynical.

GR: They’re obviously doing some extraordinary things, but is it fair to say that at the end of the day these are still ordinary people?

LC: I think they are ordinary people with extraordinary courage.  And so, in the first stage of the Whistleblower Tour to college campuses, we used to have them stand up, and we used to call them heroes.  And to a person they hated that.  They don’t want to think of themselves as separate or different or better.  They just care.  And so that’s what they want, they want to be known as people who cared about the institutions and about the issues that they brought to public attention.

GR: Have there been any changes then in the protections for whistleblowers over time?

LC: Absolutely. There’s been a revolution in the law.  Just over the last seven years, there have been seven major corporate bills that have passed giving broad protection for whistleblowers in all kind of areas, like banking, health care, food, modernization, product liability issues, issues related to retailing the affected products. … in banking, an absolute revolution in the laws affecting whistleblowers within the banking industry.  So now, 80 million corporate workers are covered by whistleblower protections. All federal employees except for those that work for intelligence agencies have broad protections, and every contractor to the federal government has whistleblower protection.

GR: Some actions that an individual might take under the name of whistleblowing can be something that’s less helpful and less principled.  How does the project determine whether … whistleblowing was appropriate and successful?

LC: For one thing, we investigate every case really thoroughly.  We have always felt in the [Government Accountability] Project that we can never be wrong, because the institutions that we often challenge are very powerful institutions.  We never, ever want to be found out to be wrong on anything, so we basically investigate every case thoroughly.  We look at the issues, we make sure that we can substantiate the concerns that people have raised.

GR: Have you ever had an instance of whistleblowing that you got behind, that ultimately you were regretful about?

LC: I don’t think so … but we have dropped cases when we are in the midst of our investigation.  We have found that we can’t substantiate what they have to say, and even more so we didn’t believe them anymore.  And so that has happened from time to time.

GR: Figures like Edward Snowden, and Daniel Ellsberg a generation before him, bring up a thorny question: What’s the boundary between being a whistleblower and just being a leaker of classified documents, or by some accounts, a traitor?

And that’s not the situation we’re faced with Edward Snowden, whatsoever.  A whistleblower is a person who raises concerns to the public.  They almost always go internally and raise these concerns.  They eventually often go to the public.  Those people are talking to everyone, and they’re talking to all nations and all people and that’s quite a difference between that and a traitor.

GR: Edward Snowden … said in The Guardian that what he was trying to do was to “inform the public as to that which is done in their name and that which was done against them.”  But doesn’t national security require, sometimes, not to know the things that are done in our name?

LC: Oh, absolutely.  I don’t think anyone would argue with that.  I would definitely doubt that Edward Snowden would argue with that. I mean, Edward Snowden is not revealing military secrets; he’s not revealing secrets of the atom bomb and how to make them. He’s just not doing that.  The only people who didn’t know what we were doing in terms of the kind of surveillance that he revealed were the American citizens. They didn’t know, and they are shocked. Every day,  there’s new revelations, and they’re shocked again by what their government’s doing.  It’s no secret to the people who are being spied on that they’re being spied on. They can’t use cellphones and the like. I mean, even Bin Laden apparently did not use his cellphone from 1997 onward, according to news accounts.

GR: Are there any particular areas of activity, either in government or in the corporate sector, where you suspect some kind of especially important improper activity is going on, which hasn’t yet been penetrated by whistleblowing?

LC: I do think that there’s more going on in the banking industry than has come forward, as to why no bankers have really been prosecuted for what they did to the country, in terms of the financial collapse. … Why were no people prosecuted?

GR: So tell me about the American Whistleblower Tour. What is its purpose? What’s it doing?

LC: Well, for three years we’ve been going to college campuses … and talking to the students about what whistleblowing’s all about and introducing them to whistleblowers. At Syracuse, we brought five incredible people, and from all walks of life. … Students are incredibly interested. … And the whistleblowers are incredibly happy to have participated in the program, as well, because we get a lot ourselves, just talking to the students and hearing about and appreciating their idealism and matching that with our own.

GR: Next week on the Campbell Conversations, we’ll have two of the government whistleblowers who are on the Project’s American Whistleblower Tour.

Parting Shots: Money Can’t Buy You Love
Will Syracuse be Home to a Vertical Greenhouse?
To Top