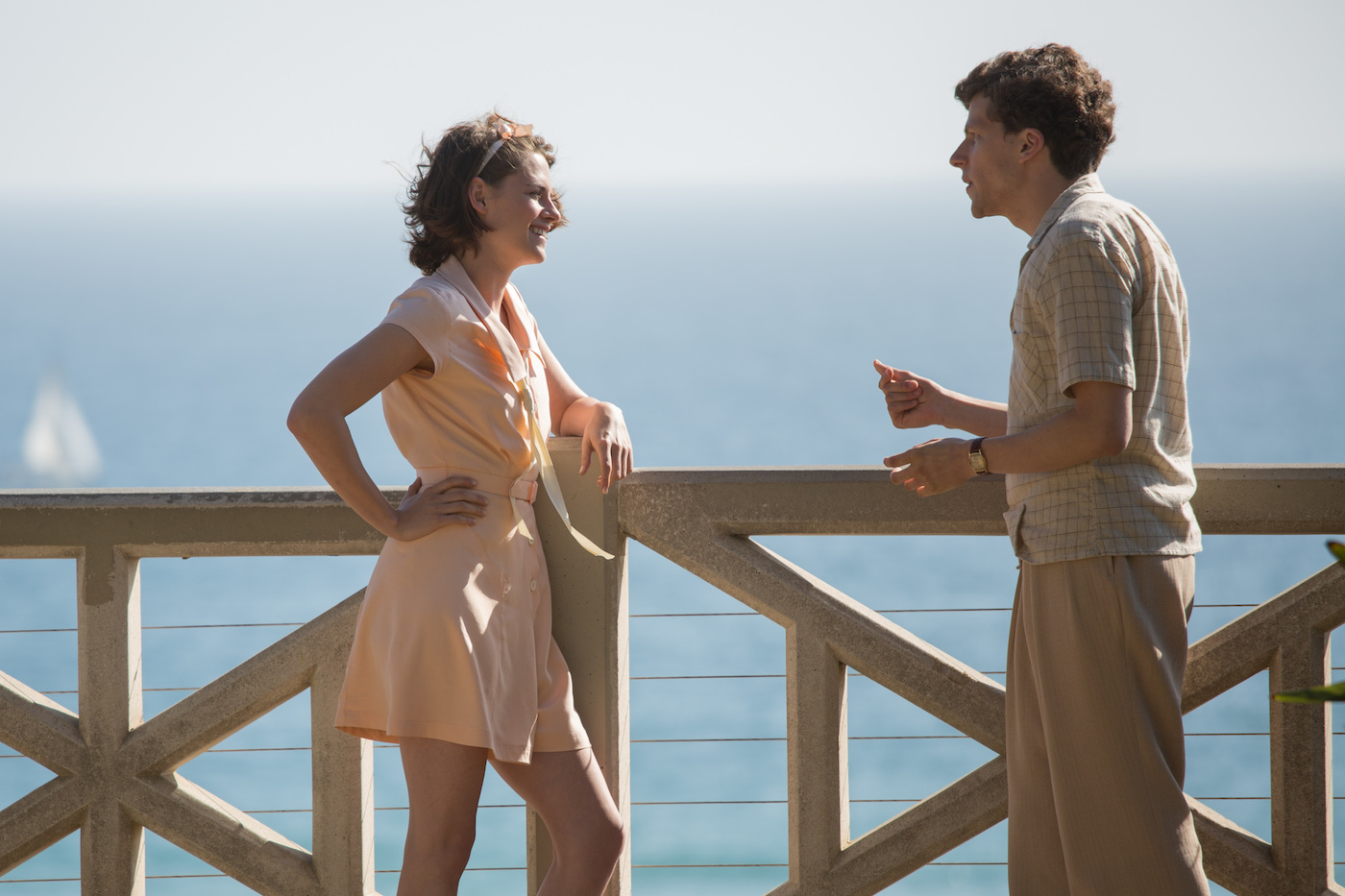 Woody Allen’s latest film “Café Society” welcomes new and old fans to another effort in his repertoire of classic style of film making.

On Friday, Woody Allen’s Café Society was released nationwide, albeit a limited release in central New York theaters. The writer, producer and director continues to uphold his promise of releasing a film per year, which can be regarded as the cinephile’s Playmate of the Year. Motion picture admirers can be found lining up at the box office instead of their mailboxes, claiming to read into film for its content. And yet they wholeheartedly admit to staring at the pictures.

The release is the first attempt at filming digitally, and it’s the first effort without producer Jack Rollins, who died last year at 100 years old. It’s also the second Allen film to not be distributed by Sony Pictures Classics, but Amazon Studios and Lionsgate instead.

The 1930s story proves itself to be the typical Woody Allen movie with all the right ingredients. An ensemble cast, the grounded situations, fleshed-out dialogue and snappy humor keep Café Society on its feet, dancing all 96 minutes long to the jazz-heavy soundtrack. Oh, and how can he leave out the complicated love triangles?

Protagonist Bobby (Jesse Eisenberg) gets bored with life in New York, and he moves out to Los Angeles. He hopes his producer uncle Phil (Steve Carell) will give him a job, and he does. He falls in love with Vonnie (Kristen Stewart), pretends he loves the west coast. Vonnie, however, loves Phil. Brokenhearted Bobby quickly moves back home. This is where the momentum is set to cruise control.

Carell, who shines as the hot-to-trot Hollywood producer uncle, continues his consistency to commit to different roles and tweaking his characters. Eisenberg falls into a safety net of a character: naive, nervous and pathetic while channeling his Woody imitation. Stewart, the indecisive secretary and mistress, also reprises her go-to callow role, desiring to find her place in society while in love with two monsters.

And then there is top-billed Blake Lively, who has the least amount of screen time. She’s sprinkled in the film to keep movie goers from slouching.

The lives of these characters, despite their being near the top of the social ladder, are routinely bland. The males are true egoists, are all about the gift of gab, and Carell’s Phil blatantly admits this nature. They’re of the type to name drop in times of conversation anxiety or lulls. Where they may use this fail-safe practice to propel conversation, the exploding boost can be compared to that of a cherry bomb.

Compared to the famous depictions in Allen’s Midnight In Paris, the mentioned in-passing celebrities do not have portrayed cameos aside film footage and movie posters — they have better things going on in their lives.

In regard to occasional: Allen’s read-from-script banal narration is distracting. Prep your eyes for plenty of rolling. However, despite the director needing to minimize personal cameos, he makes up for it. Although he does not take risks with Café Society, Allen can still tell one hell of a story.

Eisenberg says, “Life is a comedy written by a sadistic comedy writer.” It’s the writer’s poke at himself and his love for the often-implemented psychoanalysis of life — his life — in general. At the same time, it coaxes and challenges a person to try to find humor in their own lives, especially during tragic moments. Sadistic, yes, but there is also truth in comedy. In a one-liner spouted by Lennick: “Live each day as if it’s your last, and one day you’ll be right.”

Where life may not always be stellar in this world of Woody Allen, the cinematography is aesthetically beautiful — the natural sunlit and candlelit atmospheres do wonders.

What adds up is a solid representation of his desire and effort to continue classic film. Café Society is serves as gateway to interest new viewers, to keep dedicated fans coming back for more and to push doubters further away.