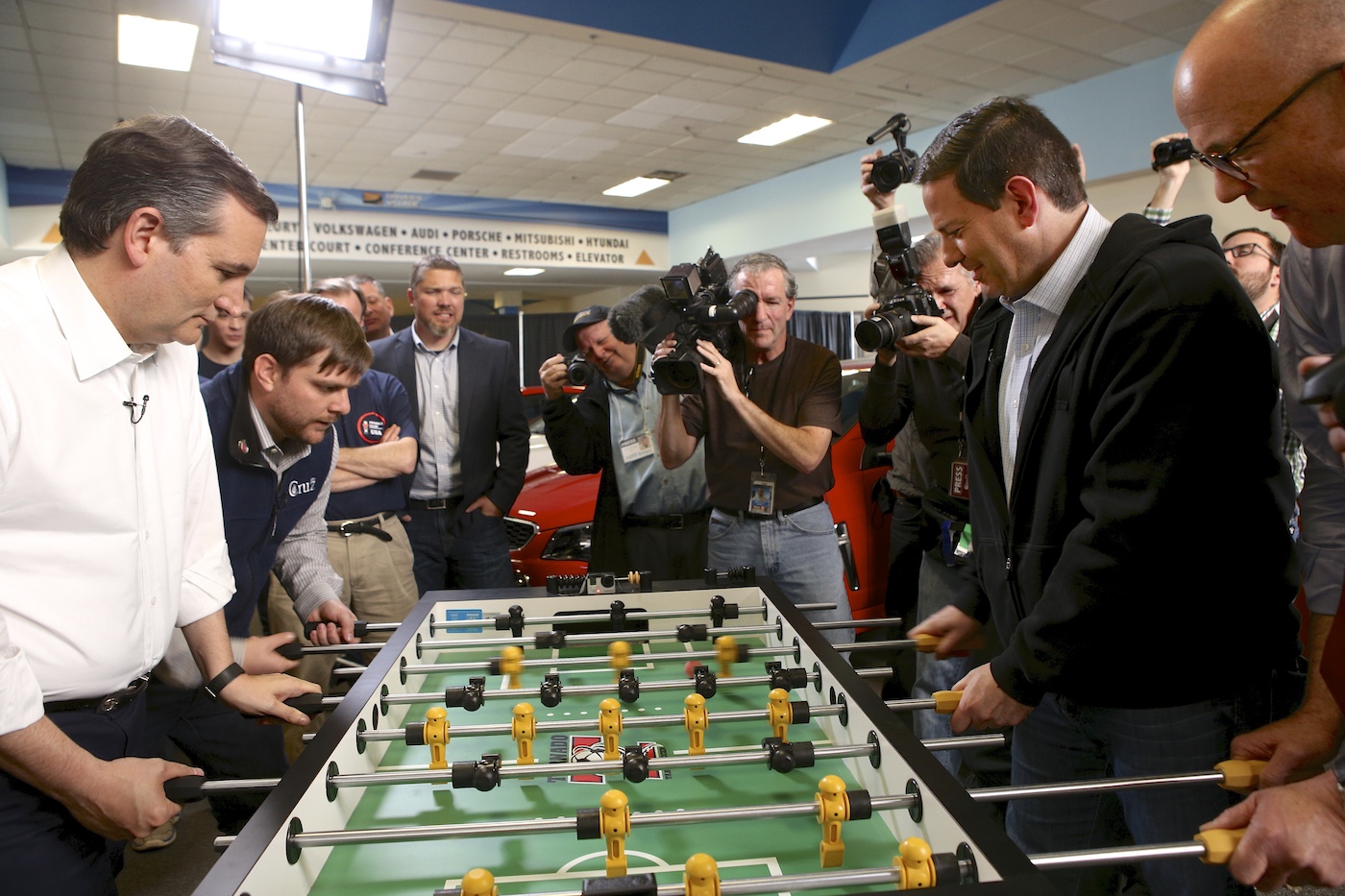 Holding mainstream media accountable is more important now than ever.

I never had cable news before, but by the time Super Tuesday came around, I couldn’t stand it any longer. Unique characters like Donald Trump and Bernie Sanders had made the 2016 presidential election just too damn interesting.

Those who know me are aware of my extreme fascination with elections, particularly when it comes to the office of president. Even though I was spending eight hours a day scrolling through Associated Press stories at work and had unlimited access to Twitter and the internet, it still wasn’t enough for an enormous news consumer like myself.

So one day I bit the bullet and ordered a subscription that included CNN, Fox News and MSNBC. And just like that, for the first time in my life, I had entered the compelling world of cable news.

That was just over a year ago. I closely watched all of the networks. I was able to see full up-to-the-minute coverage of all sorts of important events. But I also noticed so many elements, big and small, about cable news that make it something people love to hate.

Now, I don’t subscribe to the whole notion of the “liberal media.” And I disapprove of President Trump or anyone else referring to cable news as “fake news.”

It’s not fake. But it’s also hard to call it news, which is something Fox doesn’t seem to have a problem with. Even though it is the most-watched network by far, on-air anchors insist they aren’t “mainstream media.”

There are perhaps more appropriate, although less flattering, terms that better describe it. “Infotainment” is one used by many, meaning cable news provides informative material but comes with spicy characteristics and personalities to make it different.

The word “advertising” comes most to my mind. They are corporations, after all. They’re here to make a profit. They spend almost the same amount of time reminding you what channel you’re watching as they do actually talking about the day’s events.

I’ve said before that you could make a drinking game out of the number of times anchors put the name of their network into their sentences. “This is a Fox News Alert” and “You can watch it all right here on CNN,” over and over again. Then there’s the network logo on reporters’ microphones, anchors’ coffee mugs, on their desks, flying on a graphic in the background and of course, at the corner of the TV screen.

The name is also said several times during promotions for documentary-style programs produced by the networks, which raises another point. Why is CNN called a 24-hour news channel if it has a documentary about the 1980s playing during nighttime hours? Why is Fox a 24-hour news channel when it simply repeats three hours of the exact same segments that had been playing during the evening hours, which sometimes include outdated story developments?

It’s also disappointing that those who do the news are as big as the news, or in the recent case of Bill O’Reilly, are the news. Reporters and anchors are further blurring the line between journalist and celebrity. Of everything that happened on April 19, the biggest story of the day was that the most popular cable news network had ousted its most popular employee.

That’s not how it’s supposed to be.

Immediately after the networks called Trump the president-elect on Nov. 9, there was a lot of humble questioning inside the mainstream media about why they predicted everything so incorrectly, from polls to turnout to the eventual victor. Many began overusing the phrase that they “live in a bubble” or “live inside the Beltway” and don’t understand the struggles of everyday Americans, and therefore, weren’t qualified to predict how they would vote.

And why should they? MSNBC’s Rachel Maddow makes $20 million annually, which is amusing since she harshly criticized Republican congressmen in 2013 for complaining that they were struggling to get by on their $172,000 annual paycheck. Not that Maddow has complained about her paycheck, but she’s hardly the one to call others out for it. Just like Fox’s Sean Hannity is hardly the one to complain about his “overpaid friends in the media” when he is actually the highest paid New York TV anchor, at $29 million, which includes a private jet.

It may be genuine curiosity to some, but to others it may very well be plain obviousness. And that’s why some of the most intelligent, respected and experienced media professionals and scholars predicted Hillary Clinton would win Florida by five points, something that I, a 23-year-old SUNY-educated editor at a small newspaper who has never even been to Florida, knew would not happen.

Maybe even stranger is their attempt to make up for it by suddenly flooding rural America with reporters to “investigate” why people feel so disenfranchised. I remember seeing one segment on CNN with the banner reading “Talking To Trump Voters In Trump Country,” like they’re people from a foreign planet or something. And I laughed out loud when CNN’s Van Jones brought us into coal country to learn of people’s pain and Anderson Cooper said, “It’s just so great to hear from people, not pundits, just hear from people what’s in their hearts and what’s in their heads.”

Speaking of pundits, perhaps what distinguishes cable news so much is the significant use of commentary in daily programming. Panel conversations on important events like election night or momentous news events are often quite interesting. But it should never dominate a medium. Why every single news development needs instant reaction from someone I don’t know from Adam is beyond me.

Why do the opinions of some of these “experts” have so much weight? They sit there and go “I don’t think the American people will like this” and “This is going to make people think that” and blah blah blah. What makes them so sure they know what we think?

Who are these people anyway? Scottie Neil Hughes, a front-line Trump supporter, equated Trump’s “sacrifice” to his business to that of a soldier giving his life in battle. What is she doing on national TV?

And when you get enough of these people together, all they do is yell these outrageous comments at each other so you can’t hear anything they’re saying. It just makes them all look downright foolish.

It’s not just the people. It’s the context. It’s understandable that politics can create heat in conversation, but I watched these pundits spend a half-hour arguing about whose speech should have been in what time slot at the national conventions and the fashions of the outfits of people at the inauguration.

They really know what’s important to us.

So Luke, if you hate cable news so much, why do you still have it? I get that question a lot.

I guess I do appreciate having it at my disposal. And I like variety, so it’s nice to see what all types of news sources are saying.

Perhaps the biggest reason I still have it is this: As important as media is at keeping government accountable, it is also just as important to keep the media accountable, now more than ever.

After all, more people get their news from cable than from any other medium. And one year later, I can’t seem to stop watching it.

I don’t know which scares me more.