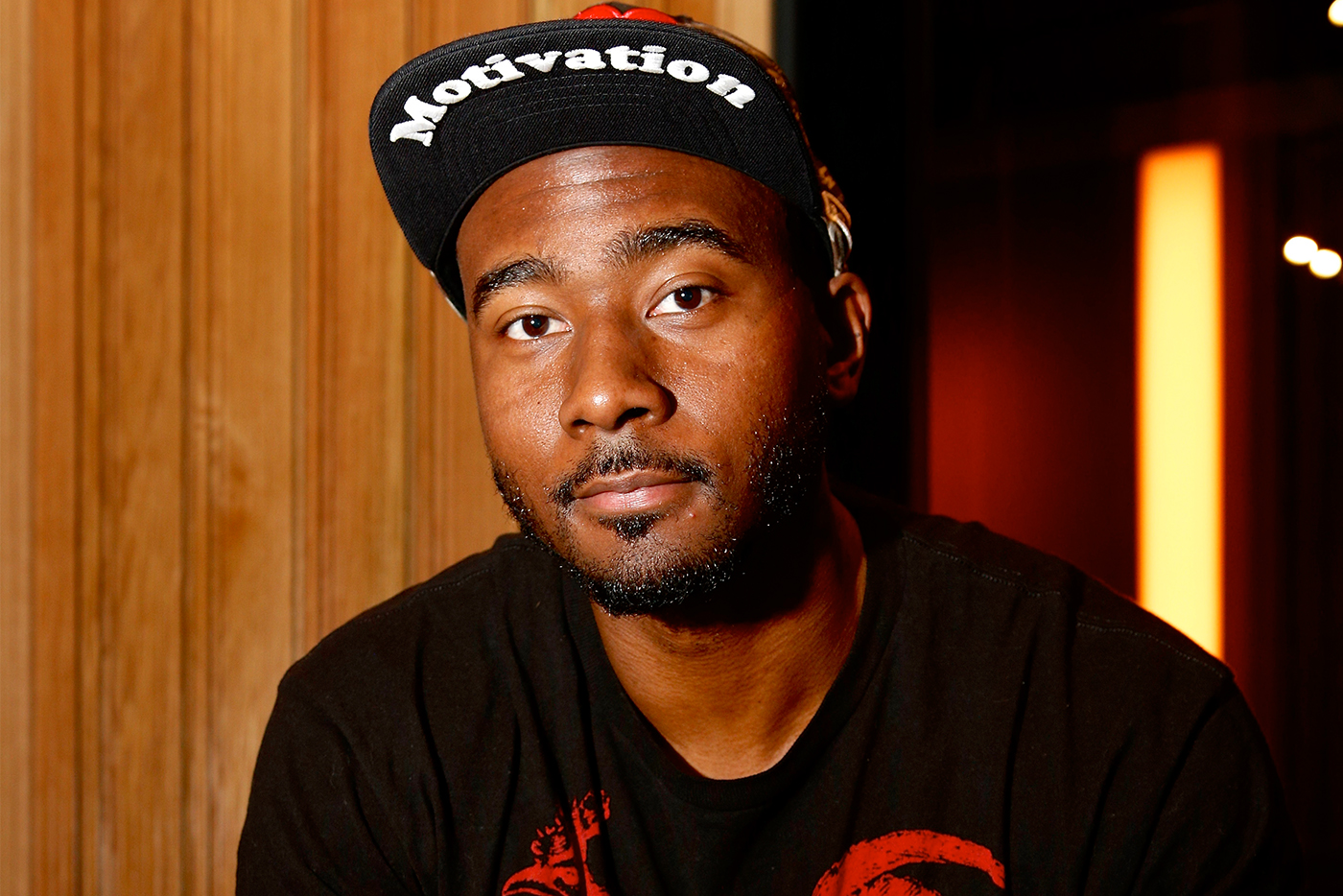 You’ve seen Byron Cage around town, and you may not even know it. He’s usually huddled behind his gold-coated Pearl drum kit and playing for the likes of Melissa Gardiner and Jess Novak, as well as popping up at Funk ‘N Waffles’ jazz jams and other gigs. He is also a nationally touring and studio musician for a variety of artists including Tommy Castro and Joe Louis Walker.

Cage is featured on Walker’s latest album Everybody Wants A Piece, which has been nominated for a 2017 Grammy Award. The notable blues musician rolled into town for a Jan. 5 show at the waffle eatery’s downtown location.

At that show Cage wore a white button-down shirt, tweed blazer and bow tie, topped with a cabbie hat. “The first time I went into practice I was wearing shorts and a T-shirt,” Cage recalled earlier during a mid-afternoon interview. Walker pointed out that the other band members were wearing more presentable attire, as Cage quickly learned the musician had high expectations.

How did you and Joe Louis Walker meet?

At the 2010 Blues Music Awards (BMA), I was there with another band, and he was nominated that year. I brought my mother, and he said she looked like one of his favorite singers, Betty Carter. So here’s this guy singing to my mother. We stayed in touch. When I moved out to San Francisco, I was touring with another band, and we ended up playing some festivals together. For about four years I’ve been a recording and touring member of the band.

You’ve played with local musicians Jess Novak and Melissa Gardiner, among many others. Does touring and performing feel different for you?

It sometimes feels like they are on different levels, but playing music is playing music. It doesn’t matter who I’m playing with, but I perform the best I can. I have to learn new material, and I aim to be authentic. Playing with Jess or Melissa or whomever: It’s another day in the office.

Tell me about your Central New York upbringing.

I was born and raised in Liverpool. I graduated from Liverpool High, and went to Liberty University in Virginia. I spent six years down there and got my bachelor’s and master’s degrees. I was gone for about 11 years before returning home.

How did your career get started?

I got called for an audition in Nashville. It was an opportunity to play with Jason Richie. At the time I hadn’t been playing that long, and I didn’t want to go and embarrass myself. I was called a month later, because the audition was still open. So I tried out this time and got the gig. The month after that I was in Germany.

Were you always interested in drums and percussion? Do you play other instruments?

I play bass, piano, keyboards and organ. I grew up loving drums. My older brothers and cousins played drums. Everybody played drums. (Laughs.) I grew up watching them, and I thought, man, I wish I could do that. When I went to college, I finally decided to learn how to play.

I grew up around music. I grew up in church. My father was a pastor at Eternal Hope Worship Church on James Street. He passed away a couple years ago. My mother is now a pastor there. My father taught music to many choirs across the state, and he played piano. Growing up, hearing and watching him and others perform, it was easy to connect as I sat down.

Of course, there was a lot to learn and practice. There is still a lot I have to learn. I want to take lessons at some point.

Both you and Walker have gospel music backgrounds. Did this interest help forge a connection?

Yeah, the whole band. Traditional gospel and blues are so closely related. Then there is jazz, funk, rhythm’n’ blues, soul: all things we have in common individually and as a people. I couldn’t believe he (Walker) was calling me.

You’re nominated for a Grammy. How exciting is that?

Man, I am ecstatic. Simply being nominated is a win. This is something I didn’t dream about as a kid, being on tour and being nominated for a Grammy. It’s a testament to playing real stuff. We’re all musicians and the album is us. The instruments aren’t manipulated and the songs are not over-processed. It’s what we do on stage.

The plan is to have a Grammy party and hopefully have it in town. But those details have yet to be sorted out.

If you didn’t see yourself being in the national music scene, what did you want to do?

I went to school for psychology. I have my master’s in counseling. The plan after graduating was to come home and help my parents at the church. But that was at 17 years old, and things change.

I worked at becoming a musician. I became involved with a couple guys from the Dave Matthews Band, and Boyd Tinsley is still a good friend. After getting a taste and seeing the possibilities, I wanted to see what would happen.

How has music changed for you throughout the years?

I still listen to a lot of the same cats I did growing up. Mint Condition is a band out of Minnesota. When I first heard them I was in seventh or eighth grade; I was like, what is this? I wanted to do that. They played R&B, jazz, hip-hop and even Latin all on one record. It fascinated me.

Music has changed. Now it’s a lot more electronic, which is processed and the sound quality is not the same. You don’t have to be that talented to be a “star.” There doesn’t seem to be longevity, either. After a few years the people who were once hot in the scene, you probably won’t hear too much about them.

Who are you currently listening to?

Did you experience any moments where you were ready to quit?

There will always come a time where you will think twice about what you’re doing, maybe you saw yourself somewhere else. But when you keep doing what you do — for me, it’s simply getting on stage — it’s easy to remember why you’re here. Other opportunities come. They always do. I’m happy I can play with Joe Louis Walker and with all the bands in town. I keep myself fresh through different avenues.