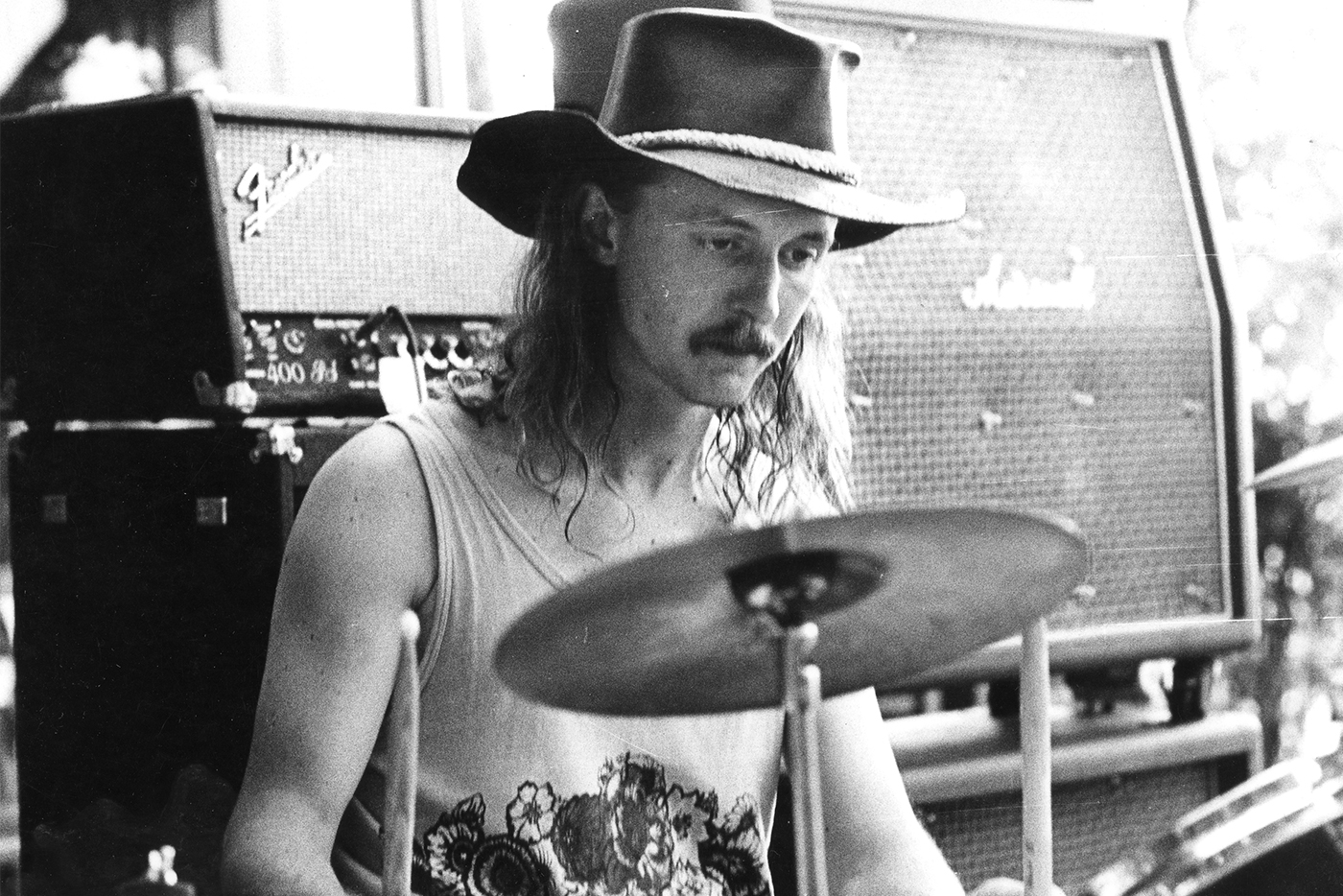 Clinton Square will be treated to rock royalty at Blues Fest.

This weekend’s New York State Blues Festival is headlined by rock royalty. Butch Trucks, an original member of the Allman Brothers Band, will bring his Freight Train Band to downtown’s Clinton Square, marking the group’s first-ever appearance in the Northeast.

“That’s a big deal,” the charismatic Trucks says over the phone from his home in the south of France. “We had our first show a little over a year ago and every show since has been two and a half hours or more. I hate having to cut stuff out. So for the festival, we might just keep playing until they pull the plug.”

It’s easy to see why sets would run long. With three ringer guitar players and the award-winning Bruce Katz on piano and organ, solos will be prolific and the sound and vibe that Allman listeners came to love will be back in full effect.

“Nobody is filling the void that the Allman Brothers left,” Trucks explains. “Younger people were just latching onto what we were doing when we split up. Once we quit, no one was doing it anymore. I put together a band that can. We only do four or five Allman songs a night, but the other songs come from that direction. People are really catching on.”

“With three lead guitar players, tunes like ‘Hot ‘Lanta’ and ‘In Memory of Elizabeth Reed’ really fill out with the third harmony,” he says.

He also pushes the younger members to stay fresh and fast. “When we’re jamming, I make sure they don’t play the same thing every night,” Trucks says. “If they start playing the same thing, I’ll quit on them. I’ll flail around, float and wait for someone to jump onto something and take it somewhere else. That’s what we used to do in the Allman Brothers. It’s been fun getting back into that. Sometimes it’s a train wreck, but we’re the Freight Train, so sometimes you have to wreck.

“As long as we have something flowing, we wind up soaring to new places we’ve never been before. It’s the way I love to play music. As long as I can continue to do that, I will do that.”

Trucks first started with The Vikings out of Jacksonville, Fla., in 1964. Soon after, he joined The 31st of February, which broke up in 1968, but introduced him to Duane and Gregg Allman. In 1969, they formed the Allman Brothers Band with Dickey Betts, Oakley and Jai “Jaimoe” Johanny Johanson.

The group broke with 1971’s live release At Fillmore East, but group leader Duane died later that year in a motorcycle accident. The band continued, but then lost Oakley in 1972. The band pushed through again, but finally hung it up in 1976.

At that point, Trucks decided to go back to school. He had flunked out of Florida State University in 1970 and wanted to return for a degree in music performance.

“I tried to get in, and they wouldn’t let me,” he says. “So I made an appointment with the percussion professor and told him who I was. At that time (in 1976) the Allman Brothers were still the No. 1 band in the United States. And here I was trying to be a freshman. He said, ‘I think we can work something out.’”

Trucks did study for a year and made straight As in the first semester, aside from one C — in percussion. “I spent all my time studying the other stuff,” he claims. “There was not a chance in hell I was going to learn that orchestra stuff. I’m lucky he didn’t flunk me.”

The next semester he brought his percussion grade up to a B, but that was enough. “I needed a degree from Florida State like I needed a hole in the head,” he says. “I put a band together and went on the road.”

Trucks raised a family and kept performing, eventually with the Allman Brothers Band again in 1989. They continued until their last show at the Beacon Theater on Oct. 28, 2014. It was the band’s 238th straight sellout at the Beacon. Although it was a sad end for fans, Trucks stands by it as the right choice.

“Gregg (Allman) wanted to do what he wanted to do,” he says. “He wanted to play in a band that didn’t jam. He’d say, ‘Why are there two guitar solos in every song?’ and I’d say, ‘Because we’re the Allman Brothers!’ Now he’s doing what he wants to do with a damn good band and I’m glad he’s having the chance to do it his way. Derek (Trucks) is doing his thing with Susan (Tedeschi), and Warren (Haynes) is being Warren and doing everything as he’s always done. With us, we’ve got three generations in the band with me and Bruce, then Valor, Berry and Damon in their 40s and Heather is 21. We’re having an absolute ball.”

But Trucks is also enjoying another project, one that doesn’t headline festivals, but brings him just as much satisfaction. Roots Rock Revival, a four-day summer camp to be held Aug. 8 to 11, teaches kids about the world of Southern rock through master classes, seminars, discussions and more, all while settled in the majestic Catskill Mountains. Musicians including Trucks, Katz, Oteil Burbridge, Luther and Cody Dickenson, Sister Sparrow and the Dirty Birds and more will lend their expertise to the campers.

“It’s a rock’n’roll camp out in the woods with cabins and tents and we jam every night,” he says. “The kids have classes all day long and it’s just an amazing four days. We had a kid, Brandon Niederauer, start with us five years ago and it was the first time anyone had heard of him. Now he’s a star on Broadway with School of Rock. It’s the best four days of the year.”

After stateside touring with Freight Train, Trucks plans to spend more time at his home in France. “I just love it over here,” he says. “I’ve got my Pearl drums I practice on, my gold and platinum records, my speaker system and all my books in a big pile. I’ve got to build a bookshelf. That’s my passion: collecting leather-bound books and actually reading them. And if Donald Trump gets elected, we’re moving for good.”

When I asked if I could come with him, Trucks says with a laugh, “You have no idea how long that list is!”