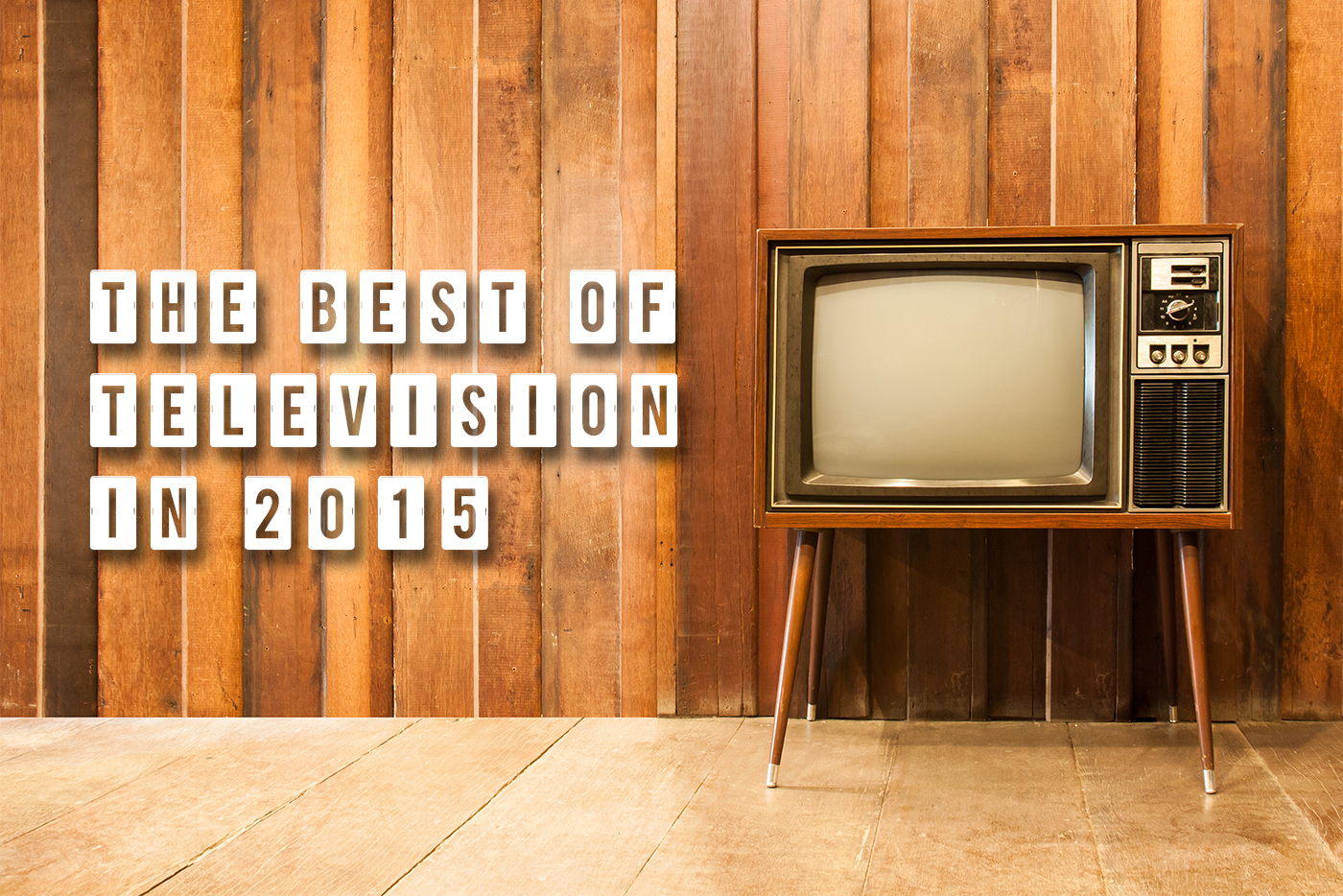 What stood out in the world of TV this past year.

I’m a big fan of Metacritic, a site that aggregates critic and user reviews to create an overall “metascore,” from zero to 100. Of course, quality and enjoyability cannot be fully distilled down to a quantitative score, but when sifting through the glut of content these days. It helps to have a metric like this. I’ve found that if you never watch anything with a score of 75 or below, you won’t find yourself disappointed — except, of course, in matters of taste.

Each year, Metacritic produces a list of the best TV shows of the year. The list includes all shows that have been reviewed by at least seven professional critics, and this year, it included 202 shows. Thirty-three new series and miniseries made the 75+ cut in their first season. Only one cracked the top ten with a score of 91: Aziz Ansari’s Master of None (Netflix).

As a cord-cutter, naturally most of my favorite shows of the year were produced by Netflix, Hulu, and Amazon Studios, with a few exceptions. Here’s a list — in no particular order — of new series I think you should catch up on if you missed them over the last 12 months.

Of course, I’m not the only TV critic to make one of these lists in late December. For other great top lists, check out what Emily Nussbaum (vocal hater of lists) wrote in last week’s New Yorker, and what my pal Max O’Connell, a genius film critic, wrote in Rapid City Journal.

Better Call Saul, the prequel to Breaking Bad that premiered back in February, holds the honor of being my first favorite show of the year — at least chronologically, if not overall. It’s a perfectly addictive follow-up to one of the best shows of the decade, and its second season is one of my most anticipated returns of early 2016, with a premiere date set for Feb. 15.

I binged this series late this fall, sort of by accident, while looking for something small to consume in between other big shows. I fell in love with the tender ways it plays with sexuality, emotional confusion and personal crisis. It’s a family dramedy along the same lines as Amazon’s Transparent, but with less ubiquitous nudity and far more likeable characters. Casual has been renewed for a 13-episode second season, but a premiere hasn’t been announced.

Master of None (Netflix) (Metascore: 91)

Aziz Ansari’s masterful satire takes on issues of dating, feminism, race and family, while remaining light, sweet and deliciously bingeable. If you’ve already watched it, check out this interview with Ansari conducted by NPR’s Shankar Vedantam. Master of None has yet to be renewed for another season.

A surprise gem from Britain’s Channel 4, Catastrophe is a tangible dramedy about two people caught in a conundrum of accidental pregnancy. Its wit crackles playfully and warms the heart, while still leaving room for a little of ambiguity and darkness that drive hits like Transparent and Louie. Beautiful, small and delightful. The 6-episode second season has already aired in the UK, and will arrive on Amazon Prime sometime in 2016.

As I noted after bingeing this series last winter, Kimmy is worth spending time with. Fans of difficult drama and ennui-laden dark comedies will balk at her explosive positivity. But give her some time, and the sunshine and rainbows may in fact grow on you. Filming recently wrapped on the second season, which will premiere sometime in 2016.

At the opposite end of the spectrum from Kimmy Schmidt is Bloodline, the hazy, meandering Netflix drama about a family in the Florida keys with a boatload of secrets. Though the story seems to ebb and flow with impunity like a particularly vicious tide, the performances within it are worth holding on. Ben Mendelsohn, Kyle Chandler, Linda Cardellini, and Norbert Leo Butz are each superb. Though largely unnecessary, a second season is scheduled for mid-2016.

Honorable mention: two sophomore seasons that were even better than the first.

The second season of this post-apocalyptic meditation on grief lifted some of the heaviness that plagued the first season, a welcome relief that seemed to make the show more enjoyable throughout its first few episodes — only to send it all crashing back down upon us through myriad new disasters. The show is a masochist’s dream, addictive for those who love to cling to threads of hope and root for beleaguered souls. It’s exhausting, but also unusual and absorbing. One episode late in the season finds the protagonist navigating the afterlife — a mysterious hotel full of fellow sinners — in search of the key back to his former life. As depressing and defeating as it may be, his life in the wake of the departure is preferable to death. Bonus points for a provocative, earworm-invoking soundtrack.

Though it only premiered on Dec. 11, I’ve ravenously binged the second season of Jill Soloway’s groundbreaking family dramedy, Transparent. It does not disappoint, with more flagrant selfishness, more immersive Jewishness, more soul-searching, and more reasons to love the obnoxious Pfeffermans. Their maddening selfishness builds to a peak in the early episodes, followed by a cascade of heart-wrenching revelations as the season progresses. You will feel for these terrible people in a way you didn’t think possible. There are deeper explorations of trans lives, trans and queer sexuality, and gender performance and acceptance. Several trans actresses and actors gracing the screen with their immense talents, including the spectacular Alexandra Billings, Trace Lysette and Hari Nef.

It’s been a great year for those of us who love TV. Here’s to more great choices and stories in 2016. Happy New Year!