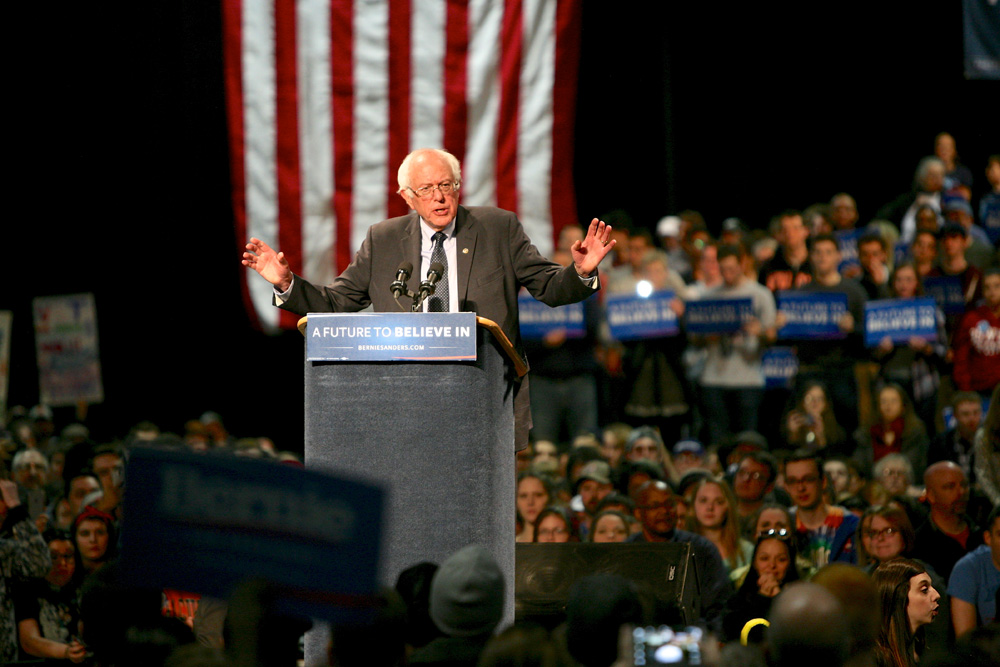 United States citizens can now only wonder what could’ve been with Bernie Sanders as president.

Fifteen months after declaring a run for president, Bernie Sanders enters the Democratic National Convention with 22 state contest victories and 45 percent of the pledged delegates in his back pocket.

Despite his impressive run and enormous following, Hillary Clinton will be crowned the standard bearer of the party to take on Republican nominee, Donald Trump. But in the wake of the controversial leak of emails from the Democratic National Committee that show there were clear motives to upend the Sanders campaign, party unity has yet to be established. And like with Ronald Reagan in 1976, I can’t help but think there will be those who will come out of this convention and stop and wonder if the party nominated the wrong person.

I am not a Sanders supporter and never was, nor am I a registered Democrat, or for any party for that matter. But I have to admit the man impressed me. I believe Sanders has come the closest we’ve seen in a long time to a candidate with an outright and legit assault on the things that many, if not most Americans, think are broken in this country. And I’m not even referring to his policy agenda — whether it be Wall Street restrictions, free college tuition or income inequality. What made Sanders an unconventional candidate was his candidacy himself — the very way he ran for president.

In an age where many Americans are frankly fed up with party politics, we have to remind ourselves sometimes that Sanders is actually an independent. Yes, he ran on the Democratic ticket, but has a long history of avoiding any official affiliation with the party, even saying once that his “goal was to destroy Democrats.”

Over the past 30 years, he has ran against Democrats, including a bid for governor of Vermont in 1986, and has criticized Democrats on multiple occasions; not the least of which include policies of Bill Clinton and Barack Obama. While he obviously votes with and adheres to many Democratic principles, his consistency to refuse to register as one demonstrates thinking that flexibility is more important in politics than party loyalty. And flexibility is not seen much in gridlocked Washington.

And consistency is a signature Sanders trademark. I don’t know anyone who enjoys seeing a presidential candidate alter their language or twist their message to pander to a specific state or group. The “flip-flop” allegation is a classic attack on a candidate, one that Hillary Clinton is constantly accused of. Indeed, the first question in the first Democratic debate last fall regarded her changing views on important issues, some of which were the complete opposite of what they were just a decade ago. While any candidate can be accused of flip-flopping, it’s actually quite difficult to find that dirt on Bernie.

His push for a “political revolution” isn’t new. Many of his current speeches to huge rallies resemble ones he made to small gatherings going back 40 years. A March article in The New York Times said “regardless of the results on the scoreboard, the state on the map, the year or even the decade, Mr. Sanders has talked with clockwork consistency about an economy rigged against the working class, a campaign finance system that corrupts politicians and a corporate media that obscures the truth.” Now, I have a hard time finding anyone who thinks either of those things isn’t a problem in this nation, either now or or years ago. Some might criticize him for sounding like a broken record. I’d prefer to think it’s refreshing, and I think many Americans would agree.

What does sound like a broken record is politicians who run for office who bang their fists on the podium and criticize the campaign finance system and say that we need to get big money out of politics — then they cross the street for a multi-million dollar fundraiser. Yet this is another area where Sanders has surprised us. One of his largest talking points is combating money in politics — but he’s already done it. Throughout his campaign, the senator refused to accept super PACs. While there’s still some debate on the exact language of that matter, any money raised from a supposed Sanders super PAC is minute compared to other candidates, including Clinton. Sanders heavily relied on small-dollar donations from grass-root activists, which evidently paid off. Sanders raised more money than his Democratic rival for three months in a row this spring — by big ratios.

And even as it became clear that his White House bid was in vain, Sanders used his popularity as political leverage, rather than simply shut up and fall in line as many party insiders wanted him to do. He has insisted that issues he cares deeply about be a part of the Democratic platform in order for him to support Clinton’s clause and get his supporters to do the same. It’d be much easier to just accept a promised cabinet position in a Clinton administration, endorse her and move on. But Bernie is not one for that.

And that is understandable. He is very reluctant to attach himself to a party system where he feels that he was mistreated, whether it be because of superdelegates, lack of debates or when the debates were scheduled. The events of the last week are the first signs of concrete evidence that the system worked against him. And he’s not the only one who’s upset.

The American people don’t ask for much. All they want is a candidate that is chosen by the people who will work for the people. All they require is that rules are fair and that those rules are abided by. What Sanders did was play by the rules — and lost. And even though he faced an uphill battle the entire time, he hardly strayed from those rules. That’s what made him “an outsider.” That’s what made him “radical.”

We can only judge what a Sanders presidency would’ve looked like by the way he ran his campaign. In that sense, Bernie Sanders may have been one of the greatest American presidents who was never elected.