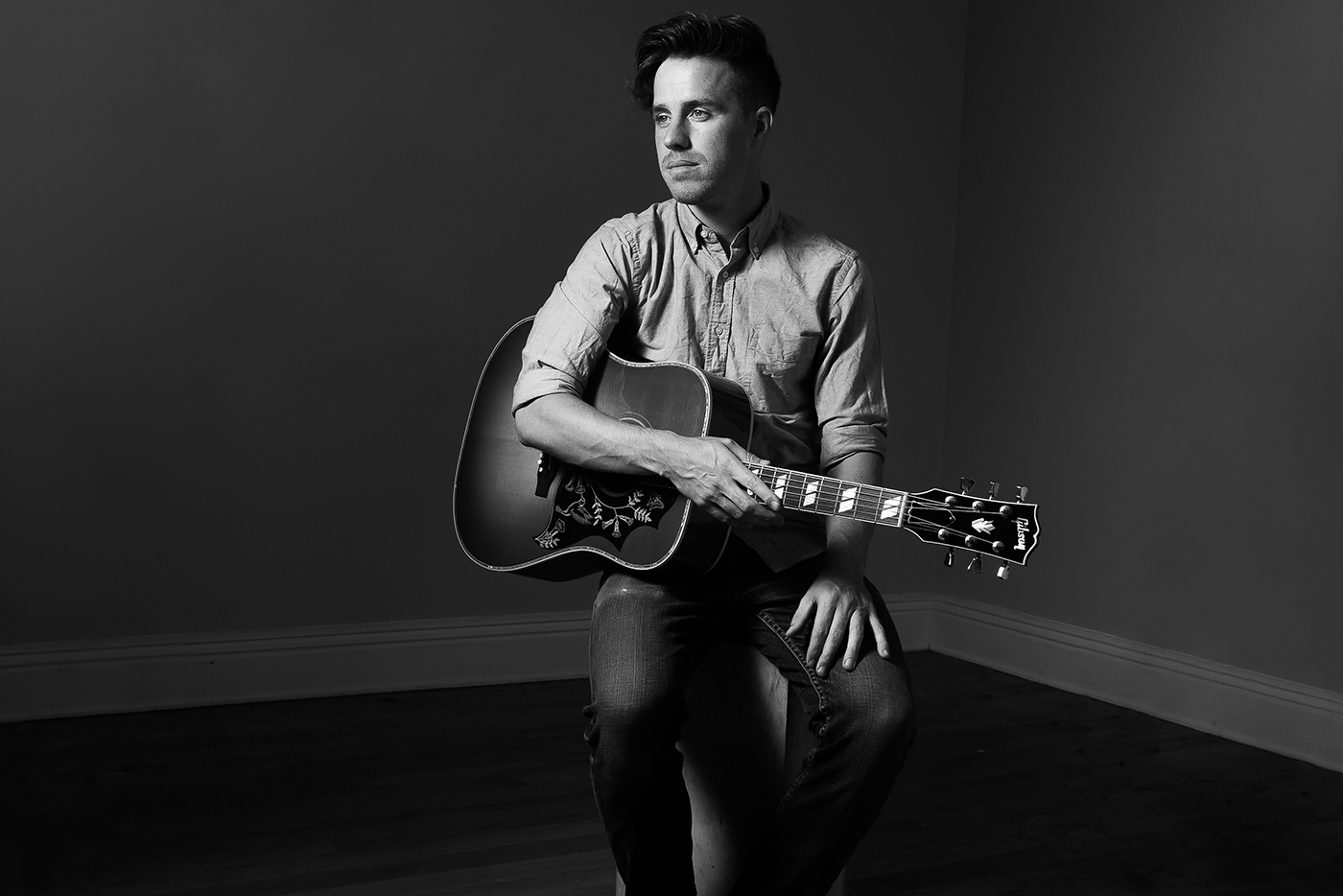 Since high school, John Bee, aka American Opera, has been a touring musician. He toured for eight years with his high school band, then five years solo. When he visits the Syracuse University area’s Funk N Waffles on Thursday, July 28, he’ll bring a drummer and bassist with him, marking just his eighth show with the trio.

“As a solo act, I went all over the United States and Canada,” he said. “In the beginning, it was really sad. I drove the same roads in the same van, playing the same venues as my old band, but by myself. It took some getting used to, but then I enjoyed it. But I always missed the company and energy of a band on stage. You can do more with it. Now I’m really excited to share the new album with the world.”

That new album, Small Victories, is the first since 2013’s Your Songs. It is Bee’s first full-length solo album after three EPs and features string and horn arrangements and guest vocals. “It’s what I’m most proud of in my short career,” he said.

Bee’s been at it for more than a decade, including landing a spot on the Vans Warped Tour, even though he’s primarily an acoustic act. He recalled being just 16 and watching Thursday’s front man Geoff Rickly at a tour stop. “He screamed to the crowd, ‘How many people are gonna play Warped Tour one day?’ and everyone was like, ‘Yeah!’” Bee remembers. “I raised my hand, too.”

Twelve years later, Bee snagged a gig on the Acoustic Basement stage of the Warped Tour thanks to his old friend Brian Marquis. They met years earlier on the road and when both of their bands broke up, they each turned to solo acoustic music. When Bee learned that Marquis was running the stage, he begged for a start.

“I drove 13 hours overnight from Chicago to Cleveland and played one show,” Bee said. “I got there at four in the morning, slept in the van and someone knocked on my window and said, ‘You gotta move! We have 50 buses coming in!’ That was my first look at how they really do the tour.”

When the following summer came around, Bee hoped he’d get the whole tour. Marquis gave him one week. The tour’s next year was another story, however.

“I thought, ‘This is my year,’” Bee recalled. “No call. I got nothing. Then I did a new album and I was sitting on the couch listening to mixes when I got an email from Marquis saying, ‘Hey man, what are you doing this summer?’ I said, ‘You tell me, boss.’ After 12 years of wanting to do the tour, I got the call. It was the best feeling.”

Bee has reached new audiences around the country with the tour and even sat in on Riff Raff’s set. “It was the most ridiculous thing,” Bee said. “I performed with Riff Raff on the last day of the tour. I did an acoustic bit to his songs while they were throwing Twinkies and Doritos. It was nuts.”

Today, Bee is still taking opportunities as they come, and he’s back in his old band’s van after a few years of riding solo in his blue Buick (“Bluick”). “There’s more energy, more noise on stage,” he said. “We’ve got three-part vocal harmonies and a mix of classically trained musicians with my punk rock background. It’s a cool dynamic: We can go up and really rock hard or go down and lay a soft number. I’m really excited to be on the road with a completely different animal.”

Bee is also excited to keep pursuing his musical dream. “When you go on tour, there are good days and bad,” he said. “But at the end of the day, I would take the worst show ever, doing what I love on the road, over being home wishing I was on tour. It’s the little glimmers of hope that keep you going. It’s someone saying, ‘I love your album,’ or ‘You did great tonight,’ or ‘That song means a lot to me.’ Those things remind you why you picked up the guitar when you were 12. I don’t know if I’m too dumb to quit or too stubborn, but this just makes me happier than anything else.”

“I’ve been doing this for 12 years and I still look for advice. It would break my heart to imagine not playing or performing or writing. If you’re passionate in life and want to be a musician, a dentist, a pro-wrestler, whatever, you should put your whole world into it. And if it stops being fun, it’s time to move on. I went from a kid who wanted to play Warped Tour to doing it. You can do whatever you want in this life if you work hard and want it bad enough.”