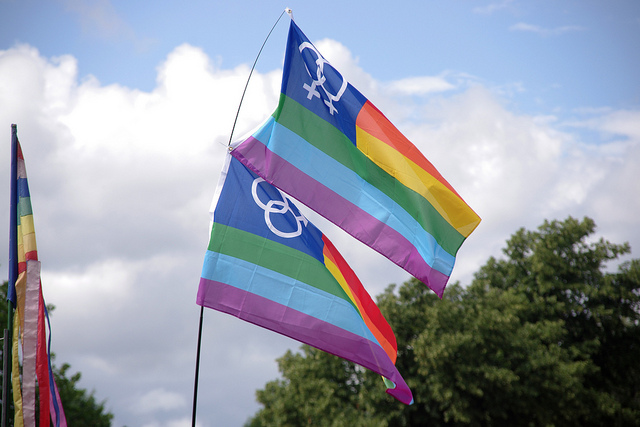 This time last year, Time magazine put Laverne Cox on its cover and declared a “transgender tipping point.”  It was a statement more prescient than its writers probably realized. Since Laverne Cox’s character Sophia Burset on Orange Is The New Black broke the mold of transgender characters, we’ve seen a marked rise in the number of nuanced portrayals of transgender and gender-nonconforming people in popular culture, and a broadening of the types of stories being told. A few months before the Time cover, Transparent, Jill Soloway’s semi-autobiographical dramedy about a transwoman coming out to her Jewish family, had its debut on Amazon. This spring, Jaden Smith started wearing dresses and Miley Cyrus admitted to struggling with her gender identity. Now, Vanity Fair‘s July cover will feature Caitlyn Jenner, formerly Bruce. It has sparked a flood of cheers, outrage and sexism. If Laverne Cox’s cover was the tipping point, Caitlyn Jenner’s cover is where the waterfall meets the ground.

The trans world is a complicated one. It’s a place of unbridled joy trapped against unbearable pain and suffering. The path is sometimes clear cut, and sometimes murky. For those who haven’t been exposed to transgender issues, entering this world is like entering a minefield. There are so many questions and so many new ideas to navigate. Understanding gender identity involves taking a sledgehammer to the way many of us were taught to think about gender growing up.

“What do you mean gender and sex aren’t the same thing?” “How can you really be a woman if you still have male parts?” Even with the best of intentions, it takes time to understand what “trans” truly means, to learn how to ask respectful questions and to accept different gender boundaries than those you previously understood.

So where is one to go to find answers?

A great new starting point is Becoming Us, the reality TV series from ABC Family that has its premiere on Tuesday, June 9. The series follows Ben, a teenager from Evanston, Ill., whose father, Charlie, has become Carly. Ben and his girlfriend Danielle have something special in common: her father, Daniel, is transgender, too. “It’s a small world, people,” Ben said in a preview, rubbing his eyes.

The first episode, “#WelcomeToMyWorld,” tackles a variety of subjects, including use of pronouns. For example, Carly goes by “she,” Danielle’s father still goes by “he.” Bodily changes that hormones bring, and don’t bring, the insecurities and judgments transwomen encounter when shopping for themselves and the different levels of security transwomen feel in their own skins at different points in their transitions. In its first 10 minutes, Becoming Us demonstrates that no two transition stories are the same. It’s a refreshing truth not yet seen on television.

Many trans, lesbian, gay and bisexual storylines focus on the process of coming out. It’s the main premise of Transparent‘s entire first season. It’s what fascinated many of us for the last year about Bruce Jenner. Becoming Us, by contrast, opens when the transition has already happened and adjustment is well underway.

Carly’s transition is juxtaposed with Ben’s transition from boyhood to manhood. “Who knew my dad would become a woman at the same time that I was becoming a man?,” Ben said. But this superficial connection is merely a comfortably familiar door into an unfamiliar world. Ben is not necessarily the lens through which we view Carly’s or Daniel’s transition. The juxtaposition is simply a way we can begin to understand what they are going through. It’s a handhold for those who find themselves in difficult, uncharted territory. The premiere doesn’t take us too far into the weeds, but it does introduce the concept of “bottom surgery” and how such a physical change can affect one’s fundamental identity and how one is viewed by others. It’s a difficult subject to navigate and one that people often find themselves tripping over and awkwardly inquiring about when their curiosity gets the best of them. But these conversations (and open-mouthed Google sessions) do happen, and Becoming Us presents them openly and honestly. There’s nothing wrong with curiosity, but respecting someone’s privacy is important, too.

For those who have some knowledge of trans issues, Becoming Us will feel rudimentary. In some moments, it plays a bit like an after school special. But as far as introductions to this subject go, it’s commendable, and entertaining enough to keep watching. Sure, it’s typical reality TV voyeurism — a look into someone else’s life, someone else’s problems. But it’s a compassionate, honest sort of voyeurism. And if it helps a few more people understand and care about trans people, well, there’s plenty of space for that on TV.

Becoming Us premieres Monday, June 8 at 9 p.m. on ABC Family.