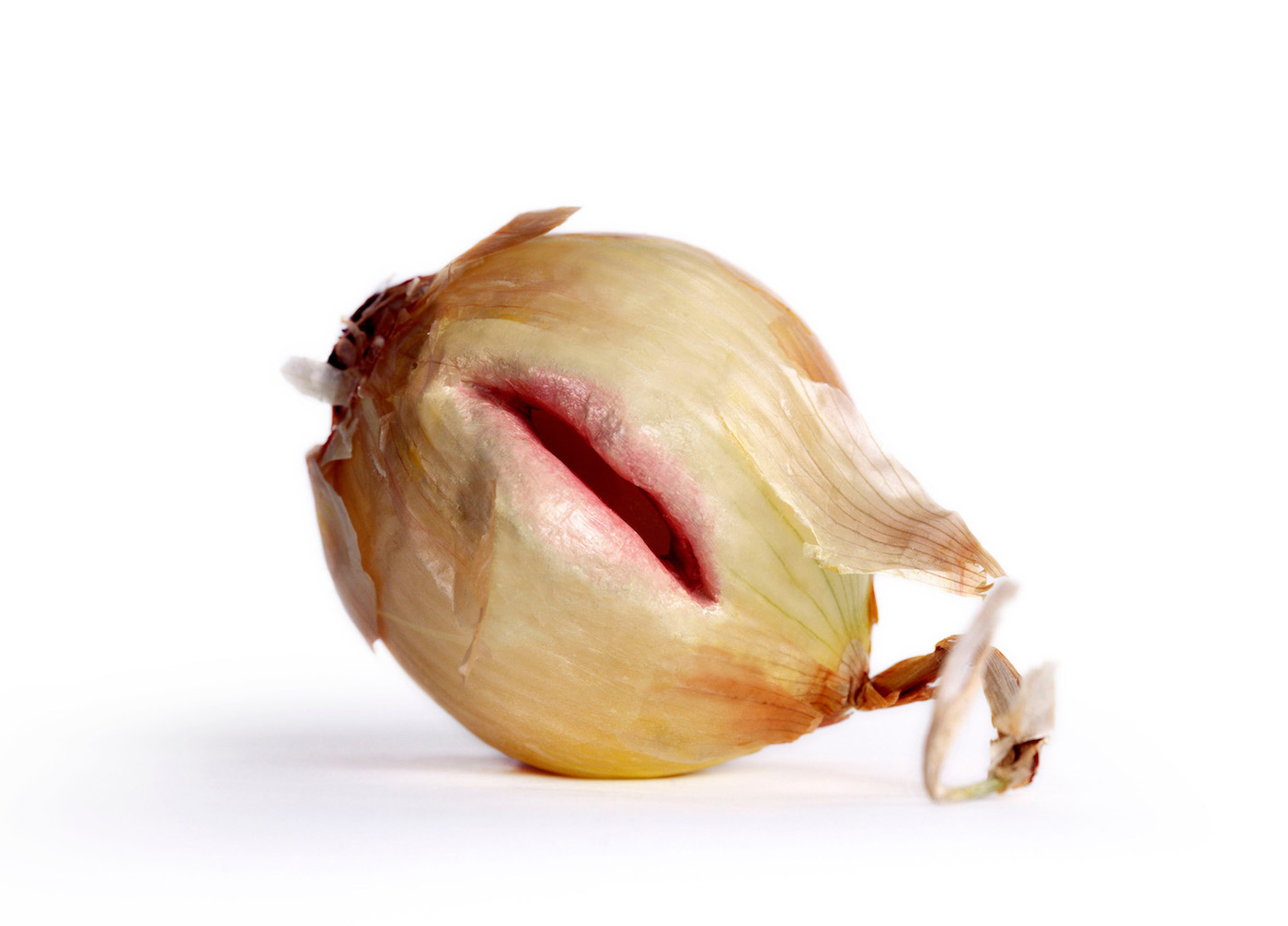 The current exhibit at ArtRage Gallery is comical and serious, absurd and reflective, wrapped up in its own identity and connected to a larger discussion. In Poor Taste: The Genetically Modified Foods Kitchen springs from the imagination of visual artist Christine Chin. When she decided to do a project centered on genetically modified foods (GMOs), Chin developed a fictional narrative dealing with the insertion of human genes into fruits and vegetables. Chin made plaster impressions of body parts such as lips, toes, fingernails and teeth, then attached them to actual foods.

The display features vivid color photos of Chin’s creations: a red ripe tomato with lips, carrots with the tip consisting of a fingernail, limes with teeth, gazpacho served with ear sprouts on top. These and other hybrid foods appear in The Genetically Modified Foods Cookbook created by Chin, who is also playing a role: chief chef of the Anthobotanica Corporate Cafeteria.

Her cookbook has a plaid cover similar to well-known kitchen tomes, with high-quality food images and even recipe notes. There are photos of a nail brush used to clean toenails on carrots or a toothbrush for brushing teeth on a lime. Some images are funny, while others are outright gross, like “Visionary Eggs en Cocotte,” which includes objects shaped like eyes, or “Honey Roasted Bearded Butternut,” in which preparing the dish starts by gathering hair from a beard.

Chin also produced a video in which she plays a celebrity chef. That may sound like pure parody, but the artist has made it clear that satire isn’t her end game. She’s deeply concerned about biotechnology and the specific impact of genetically modified foods.

In a June 11 presentation at ArtRage, Chin noted that most American consumers already eat genetically modified foods. Indeed, the vast majority of corn and soybeans grown in the United States are GMOs. She doesn’t argue that such foods should be banned; instead, she says we need to evaluate their impact on people and ecosystems, and help consumers to be better informed. That process begins with something that doesn’t exist now: regulations mandating the use of labels telling whether a food is genetically modified. The controversy about labeling is one reason why Chin continues to show In Poor Taste 11 years after she first completed the project. She once wondered how long the display would be relevant, but now says it continues to tie into current events. Vermont passed a law mandating labels for many genetically modified foods, and it’s scheduled to take effect on July 1. In Washington, D.C., Congress has discussed legislation that would stop states from implementing such laws.

Chin, meanwhile, has continued to create work that uses media to engage people about biotechnology issues. Her other projects include “The Sentient Kitchen,” which discusses artificial intelligence, and “Alternative Alternative Energy.”