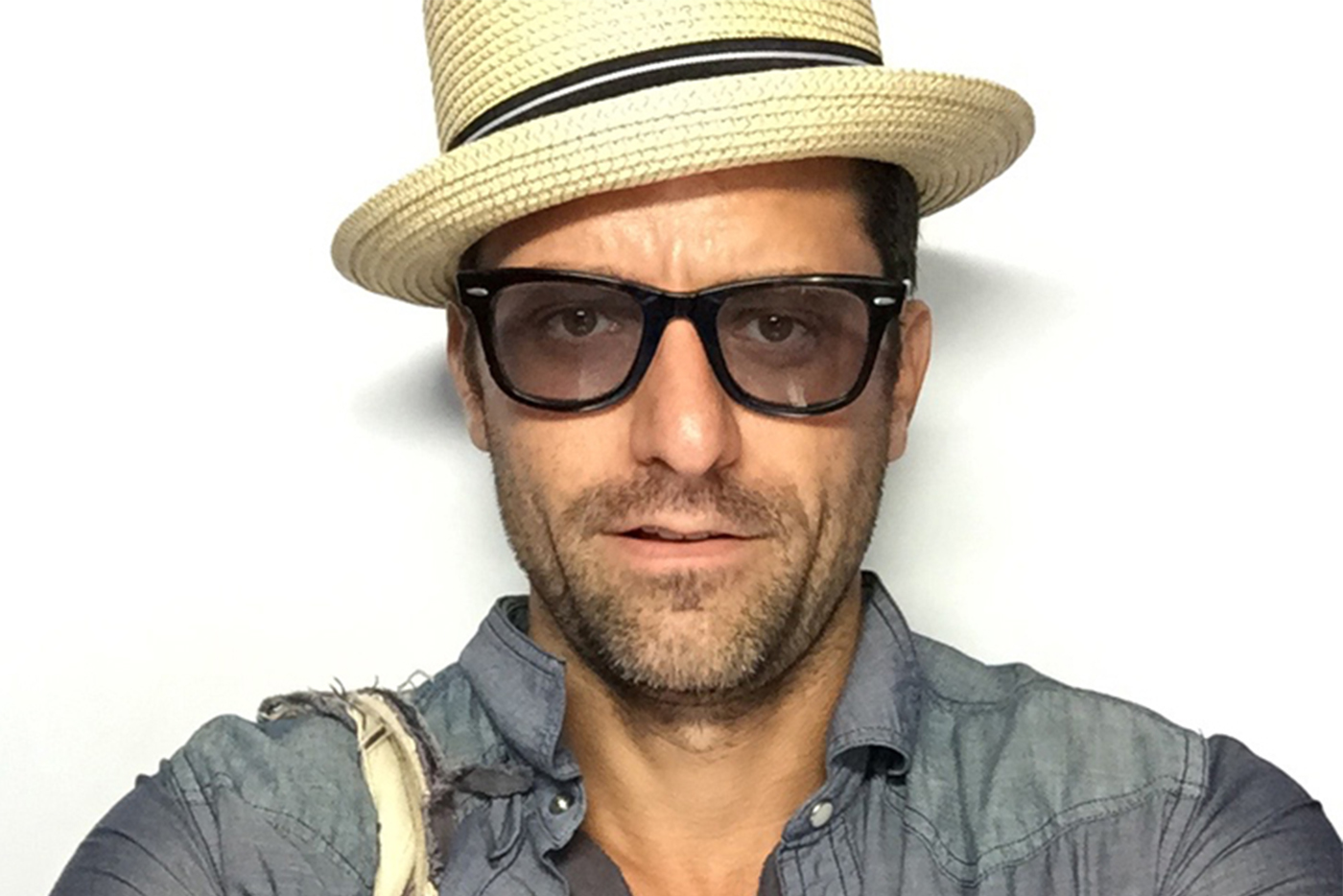 For the first Skunk Funk held in 2012, Nelson Odeon owners Jeff and Linda Schoenfeld wanted nothing more than to mount a fun event — but they couldn’t come up with a name. Eventually they remembered that the first skunk sighting west of the Hudson River was in the hamlet of Nelson, and that area was nicknamed Skunk Hollow for some time. Skunk Funk as a festival name just fit the occasion.

The festival’s 2016 revival has brought it back big time, with six musical acts including Andy Friedman on Friday, June 10, and Saturday, June 11. There will also be an opening reception for The Loneliness of the Common Player, featuring Friedman’s recent visual artwork, at the Stone Quarry Hill Art Park’s Winner Gallery on Friday, 5 to 7 p.m. And Friedman’s Friday performance will mark his first concert in four years.

“After 10 years of playing more than 100 shows a year and traveling all over the country, my fingers would bleed every night,” Friedman says. “I just broke.”

Friedman was a visual artist at the start of his career, then began morphing his “act” when he decided to mix his images with spoken-word poetry. Although he had gone to school for painting, he began working as an assistant in the editorial department of The New Yorker in 1998, eventually drawing cartoons and illustrations for the publication. He embarked on a 2002 tour for his book of drawings, photos and poetry, Drawings and Other Failures.

“I was like an artist with an album, on the road promoting it,” he explained. “I didn’t want to just hang work on a wall. I wanted to look audiences in the eye and give them something they could put on and take away when they needed it most.”

During his tour, Friedman displayed screen projections as he read the words, and those words became songs. “I heard Hank Williams as (his pseudonymous alter ego) Luke the Drifter, his poetry about drifting cowboys,” he said. “I realized how much more interesting spoken word could be with music. I used to pull strangers from the audience to play complete country improv. But then I thought it would probably be easier to have my own musicians.”

With his band, The Other Failures, Friedman continued with his art and music show of country blues and images of all kinds and mediums. He picked up a guitar and the show became more musical, which dictated his next move.

“I was strumming with the band, singing the poems and invited David Gates, the senior arts editor at Newsweek, to join the band,” Friedman said. “I kept his (1997) interview with Bob Dylan under my mattress. He joined and said, ‘I like your songs. I think the pictures are distracting the audience from them.’ I thought, after three years of the projection thing, maybe it should be about my songs.”

So Friedman started a record label and got swept up in the road musician lifestyle. Yet he doesn’t see his ability to create in various artistic mediums as an overabundance of talent, but rather as a necessary means of expression.

“People are often expressing how impressed they are at the diversity of mediums,” he said. “But I don’t commend myself. I look at them as tools in a toolbox. I don’t see myself as an artist who does more than one thing. I’m just an artist. Which tool I pick up to express is what I pick up. It’s counterproductive to choose one thing. It depends on what I’m trying to express.

“I was always curious about artists who were classically trained, but broke away from the traditional canvas and made neon light sculptures and things. What kind of an artist would I be if I didn’t always do oil paintings that took two years to paint?”

The answer has become clear over time as Friedman’s body of work has rapidly expanded. This year he will release a book, more art (some will be displayed at Skunk Funk) and his fourth studio record, The Magnetic Strip, which features cover songs Friedman describes as those in his heart.

“I don’t like calling them covers,” he said. “They’re interpretations of other artists’ work. I haven’t been writing my own songs, but I’ve been thinking of music. Other people’s compositions to me are like a sunset or a still life to paint.”

He also works in a unique way in the studio. His 2011 album Laserbeams and Dreams was recorded in just 18 hours with one overdub. “That’s how we make our records,” he said. “We reduce the art to that which we are in the moment.”

During Skunk Funk, Friedman will also host the workshop “Any Questions,” with the entire session being query-driven. “It will be a free, open-ended conversation about creativity. Creativity is a universal thing. Some people don’t realize that everyone’s allowed to play. That’s how nature designed it. Creativity is an ingrained biological response, not just a leisure activity for humans.”

For those wondering what to expect from the show, Friedman is all about being real. “I love country blues,” he said. “You don’t need a degree from Juilliard, or even elementary school, to play it. You access your reservoir of emotions and tap into yourself in the most direct way possible. It never really mattered what my voice sounded like or how I played guitar, even if I was shaky and barely holding on. That’s what makes it real. That’s why I love country blues. Confidence supersedes technical ability. You let the genuineness show. When it feels good for the performer, it gets to the audience.

“I feel a responsibility to do what I actually feel like doing. What motivates me to share my work? I’m sharing because I’m a product of all the artists who have shared with me. Storytelling and the exchange of artistic ideas is the eldest tradition. If I’m going to take so much from so many generations of artists, I have to give back.”

Advice from the Artist: “Figure out what you’d want to do even if nobody gave a shit. Do what you’d do anyway.”