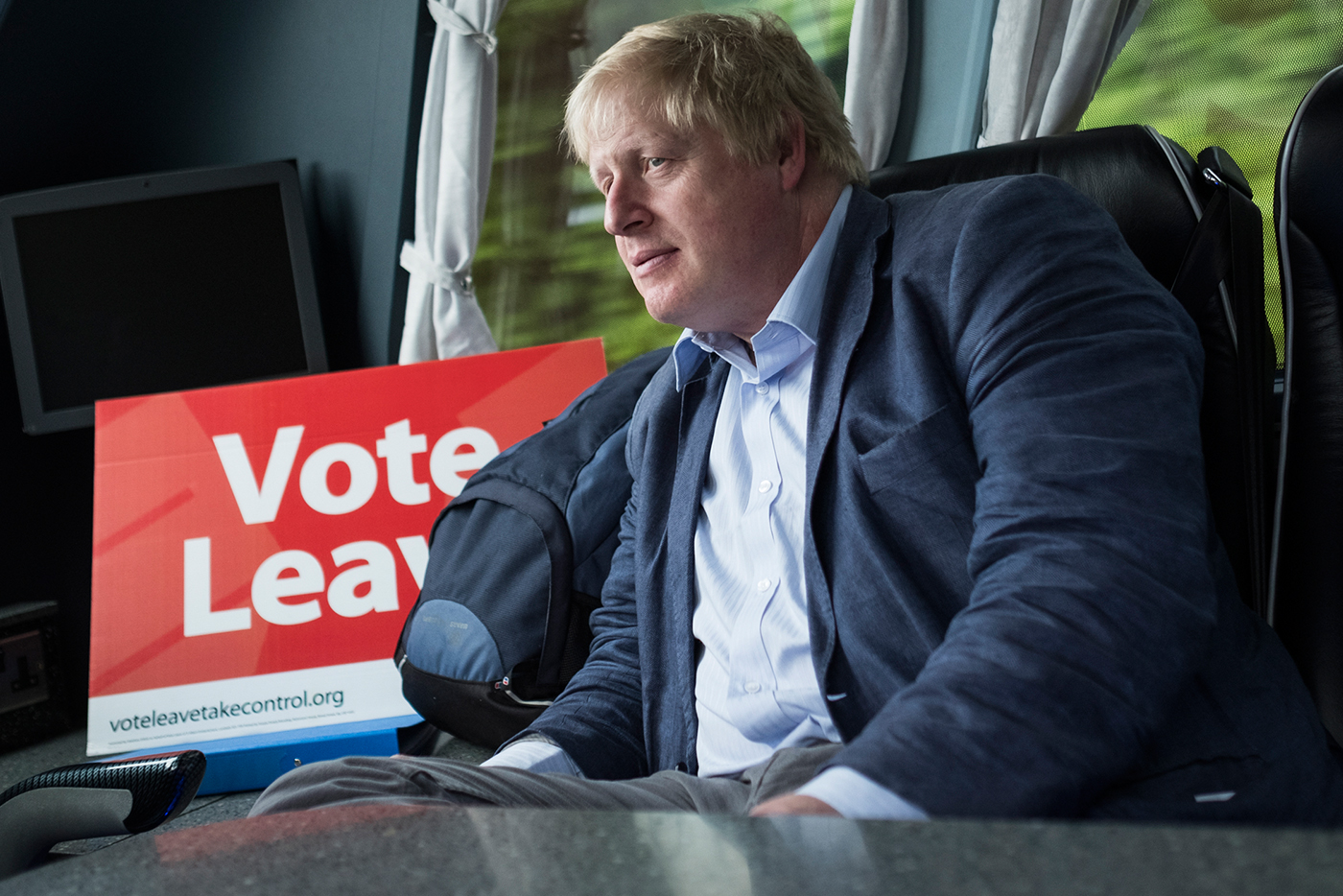 Turning a blind eye to the happenings in the United Kingdom should not be the American way.

Boris Johnson, the former mayor of London and the most prominent face of Britain’s successful campaign to leave the European Union, on a bus near York during the campaign, April 23, 2016. Photo by Adam Ferguson of The New York Times
Share
Tweet
Share
Share
Email
Comments

The decision by the United Kingdom to depart from the European Union was a shock to many. But most importantly, what it did was underscore a populist, nativist movement that has been spreading across Europe for some time. What it also did is confirm that the same sort of movement is growing in the United States as well. That movement is the notion that globalization as a whole has failed, and many people would really like their governments to start looking inward again and put America first.

We are bombarded by arguments that global efforts like NAFTA and adding China to the World Trade Organization have taken jobs away from our industrial heartland and that an influx of immigrants or migrants pose new dangers to our national security. We protest our country’s involvement in foreign wars and interference in other governments’ ways of governing. After three quarters of a century, many Americans are weary of being the superpower that the rest of the world turns to. They don’t think that it’s fair that they can’t get a living wage or be guaranteed Social Security, but their government can afford to send millions of dollars overseas at their convenience.

Americans have a right to be angry. They have a right to feel that they’ve been left behind. Globalization is a phenomenon that is far from perfect. But so far, the only solution suggested is turning our backs on the rest of the world. And that’s not going to make things better.

Though we fought for independence at our nation’s birth, we’ve spent our entire history working toward globalization. The American landmass was discovered by Europeans looking for new trade routes. Then we built railroads to connect our coasts, built cars to give us transportation control, and airplanes made it easier than ever to see the world. Just 200 years ago, it took two months to get from New York to London. Now it only takes seven hours. We acquired foreign territory and turned them into states. The printing press and broadcast technology were invented to spread information to millions. And in just the last 15 years, the digital age has made the world more connected than was ever thought possible. The internet and social media now allow us to talk to people thousands of miles away in real time.

And there are also more of us to connect with. At the beginning of the 20th century, there were almost as many people in the entire world as there are now currently living in China. The world’s population has doubled just since 1970. And it’s not about to start going down either. Experts predict the population will approach 10 billion by 2050. Those 10 billion are going to consist of many different races, religions and ethic traditions. If one thing is clear, people from all walks of life are here to stay. Trying to restrict immigration or close borders to select groups of them in the modern world is about on the same level as trying to uninvent the telephone.

Our technology has allowed us to globalize our economy. We saw what happened just recently when our own stocks plunged just hours after the U.K.’s decision to leave the EU became official. The Great Recession, as we’ve called it in the U.S., affected the world, not just us. Our natural resources that we depend on are an international market. So ignoring one country or one region’s economic problems will not mean we are in the clear. If they suffer, we all suffer.

We’re pretty good at fearing what goes on across the oceans. Whenever there has been a crisis far away, many of us want to shut our doors and close our blinds. That’s not our problem, we’d say. But our country wasn’t meant for isolationism. We learn this over and over again. After reluctantly getting involved in World War I, we won the war, but then returned home and tuned out the world. Our obliviousness allowed Adolf Hitler to come to power and begin another world war. After that war was won, it was clear the U.S. had to be the leader of the free world, or the world would not be free at all.

It was at that point when we realized that we couldn’t be guaranteed safety just because of the vast oceans that serve as our borders. We’re globalized in every way, from communication to commerce. But there are many times when we are put through a test to see if we actually try turning inward again and undoing the globalization we’ve created. It’s simply not the reality of our time.

In the end, we always end up seeing the error of our way. Whether it’s a world war, mass genocides in the Balkans or Uganda, or an outbreak of Ebola, we always end up kicking ourselves because we know we could’ve gotten involved sooner and we didn’t. Perhaps this is another test of our willingness to reach out and not run away from inclusiveness.

We’re at a crossroads again. And we have a choice. We can accept globalization, embrace the changes we’ve created and keep trying to perfect it. Or we can try our best to cover our ears, walk away with our heads down, and retreat from the world stage just like we did 100 years ago and think we’ll be alright. I for one do not prefer the latter.