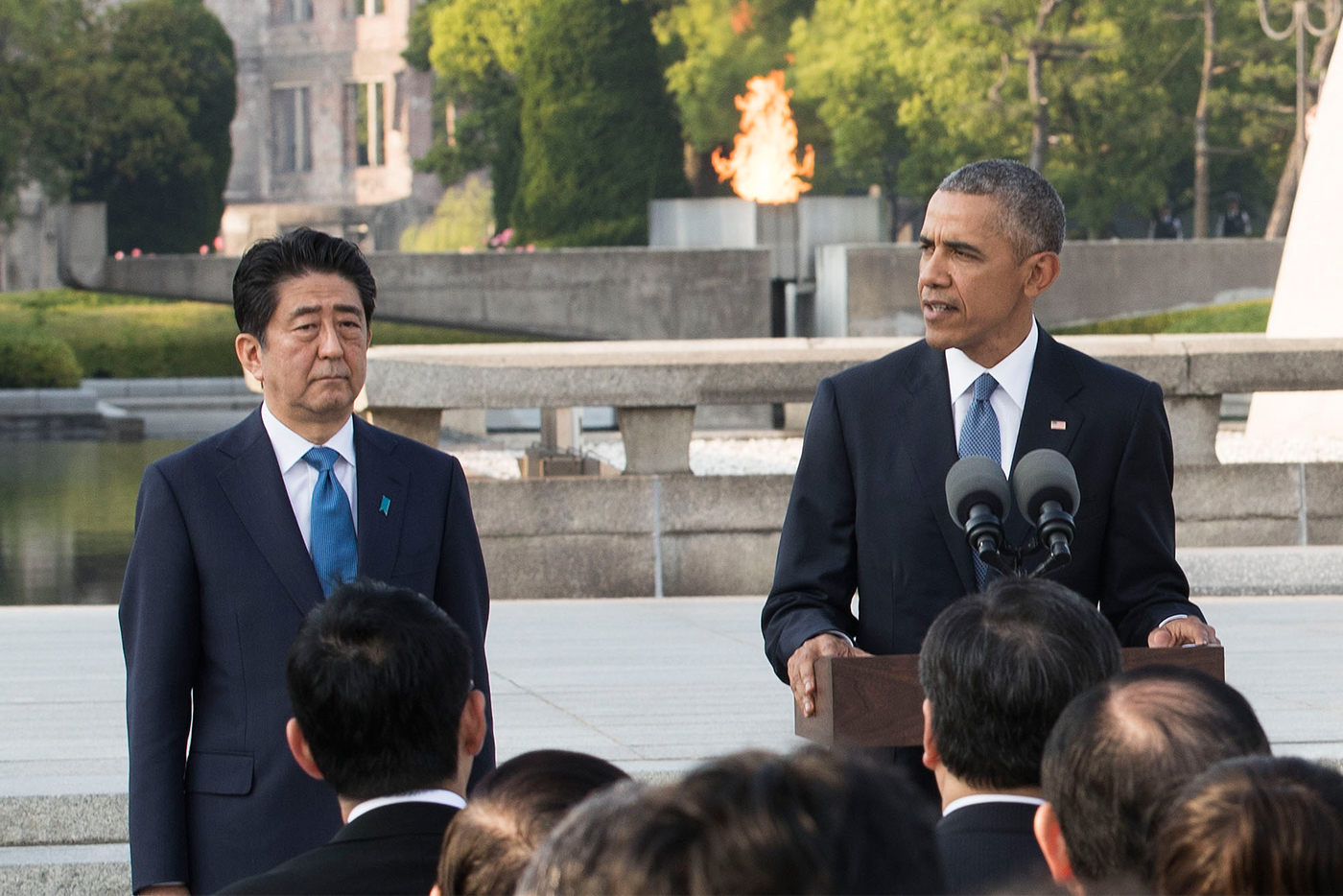 An apology today for the bombing of Hiroshima and Nagasaki in 1945 would hold no significance.

Barack Obama’s recent visit to Hiroshima, Japan has resurfaced one of history’s biggest and most important debates: whether Americans were justified in dropping the first and only atomic bombs used in war on Hiroshima and its sister city Nagasaki — which killed more than 100,000 civilians instantly and many more afterward.

Many believe it was more than justified. It finally brought an end to the most destructive war the world had ever known. It saved an estimated one million American soldiers’ lives and prevented a costly invasion of the Japanese mainland, a nation that had already fallen to its knees long before.

Others will say it was unethical. It murdered hundreds of thousands of innocent men, women and children. Some will say it was merciless and unnecessary because they were, as mentioned above, already a beaten nation by that time.

During his speech in Hiroshima, Obama did not offer any sort of apology for the unprecedented act nearly 71 years ago. And there’s no reason why he should have.

It appears to me the biggest mistake that current-day critics make is comparing war as we know it today to war in August 1945. No blame there. We try to imagine the situation by the standards we know of. However, the closest we come to war in modern times, whether it be the Islamic State or North Korea, cannot even begin to appear on the same scale as Imperial Japan.

Why? In the peaceful period we live in today, it is quite difficult for society to completely comprehend the extent to which Japanese forces fought and defied surrendering during World War II. We throw around the “fight to the death” expression all the time, but the Japanese clearly meant it, on a scale impossible to perceive. The U.S. government recognized this as the island hopping campaign to Japan moved along year after year. In Saipan in 1944, of the 30,000 Japanese forces who defended the island, less than 1,000 remained alive when the battle was over. At Iwo Jima, 21,000 Japanese soldiers were involved and a mere 217 were left alive to be taken prisoner. There were also the infamous, horrendous mass suicides by the Saipan civilians, who leaped from the high cliffs and fell to their deaths by the thousands, rather than be captured by the Americans. Shortly after, the perverted use of kamikaze pilots combined suicidal men with planes as guided missiles.

Then there’s the fascinating story of Hiroo Onoda, who dug himself deep into the Philippines late in the war and continued to fight, refusing to believe messages telling him the war had ended, until he finally emerged in 1974 — 29 years after Japan surrendered.

That kind of defiance helped beg the question: If the Japanese fought to those measures to defend a small island, how would they respond to an invasion of their homeland?

The author of a December 1946 article in The Atlantic helps answer that question. When he asked a well-informed Japanese Army officer what would’ve happened had the Americans stormed the Japanese mainland, he replied, “We would have kept on fighting until all Japanese were killed, but we would not have been defeated,” meaning they would not have been disgraced by surrender.

What do you do with a spent force that won’t admit it’s spent? What do you do when relentless firebombing of Japanese cities, some of which killed more civilians than the atomic bombs themselves, does not break the enemy? The atomic bomb was the alternative.

Alright, so it was a strategic thing. It was still unethical, critics will say. War itself is unethical. There’s no way around that. And if one wants to talk about ethics, they must also examine the extreme atrocities the Japanese Empire presented in Southeast Asia. Perhaps the most known is the Rape of Nanking, in which Japanese forces murdered and raped anywhere from 40,000 to 300,000 estimated Chinese civilians. Whereas the U.S. and Japan became allies 15 years after the war, anger and resentment between Japan and China still continue eight decades later. And if there’s one thing we learned in the 20th century, civilians are no longer given immunity from the enemy. Of the 70 million people who died in World War II, more than half were civilians.

But after Hiroshima and Nagasaki, the U.S. helped Japan reform its society and helped it become what it is today — the world’s fourth largest economy, the U.S.’s strongest ally in Asia and one of its best trading partners. And Japan has set an example for world peace, vying to never possess nuclear weapons of any kind.

In a way, it’s useless to argue with history. It happened. We can’t alter it now. A president can’t erase the bombings with a speech and two-hour visit.

But we debate history not to argue what should’ve or could’ve happened, but to know why it happened the way it did. And when it comes to bombing Japan, it is important we know why. While we can look back today and see it as wrong, we can use the classic “desperate times call for desperate measures,” but also, “different times call for different actions.”

Did it murder innocent people? Yes. Was it immoral? Certainly. Was it the best choice? Of course not. However, it was the only choice possible.

How to Make Fudgy, Chewy Brownies
What’s coming to Netflix and Hulu in 2016-17
To Top