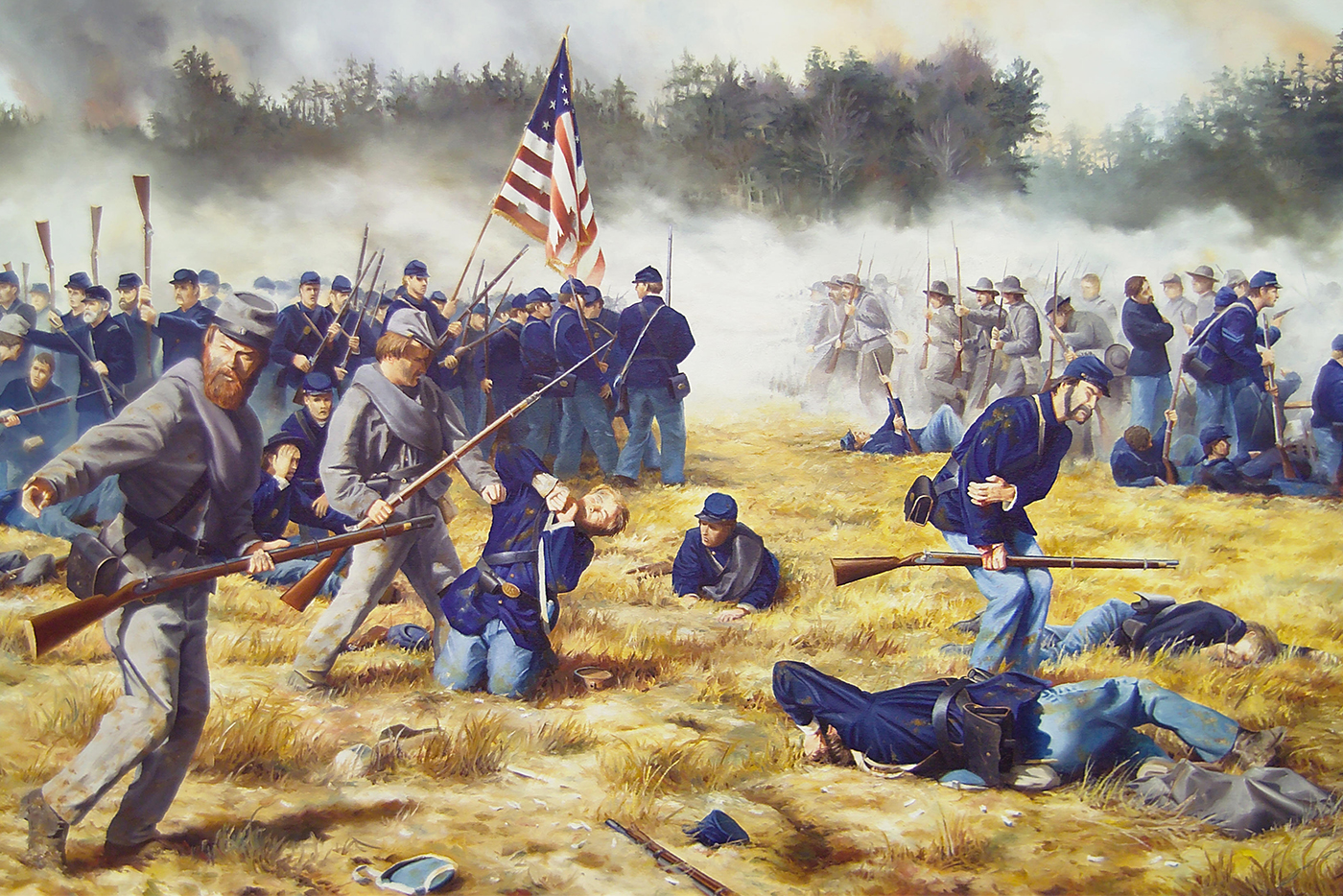 America has reached another crossroads in its history.

On the first day of the latter class, my professor asked us if we knew why 1865 is the point that separates the two. I was aware 1865 was the end of the Civil War, but had actually wondered why that year in particular was the chosen boundary.

He said that when it comes to turning points in our country’s history, none come close to the end of the War Between the States and the period immediately afterward. 1865 was the ultimate pivot: the crossroads of what America had been and what it would be. Our institution, our laws and our very way of life changed forever from that moment forward.

Now, 150 years later, we are again a divided country. It’s definitely not the first time since the Civil War that we have been so, but to many people, it’s difficult to find a time in their collective memory when our politics were as poisonous as they are today and when mutual agreement was so hard to find as it is now. But the reason, in principle, is little different than it was that day at the Appomattox courthouse. While we thankfully haven’t resorted to the bloodbath of that time long ago, we have reached another pivot in our history.

Make that pivots. That is what makes this time different. We are in the middle of a reconfiguration of our country on many fronts, many of which have defined America for a very long time. We haven’t changed: We’re changing.

Naturally, there are those who embrace that change and those who don’t; not necessarily because they fear it, but because, in some cases, they feel we should stick with what works. That is why we see such determined and passionate warriors on both sides of all these fronts, fighting for control of exactly which direction we pivot in. We are, by all intents and purposes, in a clash of eras. A battle for the ages, and of the ages.

We’re pivoting on our economy: what made us the most powerful country in the world and created the term “industrialized nation.” Manufacturing created and supported whole communities for more than a century, provided good paying jobs to generations of families and gave birth to the middle class.

Whereas the Industrial Revolution 130 years ago transformed our labor force by putting more people to work, the new revolution is doing the opposite, as automation and robotic innovations replace more and more the human assembly lines of the past, leaving humankind to pursue more intellectual forms of work than ever before. But at the same time, it leaves those communities built on human labor searching for a new way to keep them relevant, and their people are reluctant to abandon a system that worked at one time.

We’re pivoting on energy: what makes our country move. Oil, gas and coal that have powered homes, businesses and schools for so long are slowly beginning to fade out as climate change becomes a driving force in our energy policy, prompting us to look at cleaner alternatives that satisfy the significant amount we consume every day without polluting our air and water.

But there are those who believe that’s a pivot we shouldn’t take, whether it’s because they believe climate change is fabricated or believe industrial changes will kill jobs and curb economic growth while barely making any environmental progress.

We’re pivoting on our position in the world: what makes us proud. Lady Liberty welcomed in our ancestors, fleeing persecution and political unrest in search of what we now call “the American Dream.” Then we saved the world from fascist regimes and liberated their victims from the worst kind of atrocities imaginable. We reached out our hand when needed to protect those from communism’s grasp, turned World War II enemies into allies and created a global economy. But doing so has left many of us feeling neglected. Frustrations over our involvement in the Middle East, terrorist groups abroad and national debts have fueled beliefs that we’ve overstayed our welcome as global policeman and we need to begin focusing on us again and even closing our borders to others.

We’re pivoting on race: what makes us whole. We’re seeing the beginning of the end of white Christian America as we know it. In 2013, for the first time, the majority of newborn babies in the United States were racial or ethnic minorities. Nearly one-third of eligible voters in the last election were Hispanic, black, Asian or another minority.

Eight years ago we elected our first black president, and since then, have witnessed numerous racially related incidents that became national headlines, from the streets of Ferguson, Mo., to a church in Charleston, S.C. Now we see it in our airports as protests erupt over the controversial travel ban from seven Muslim majority nations: a people that are making up more and more of the western world. And there are those who feel we aren’t ready for such integration.

We’re pivoting on our social structure: what makes us, us. White Christian America isn’t just shrinking because of minorities. We’re becoming less religious. Atheists, agnostics and those who say their religion is “nothing in particular” now make up nearly one-quarter of the U.S. adult population, up from 16 percent just 10 years ago.

Millennials, who have surpassed Baby Boomers as the largest generation, are far less Christian than their parents, many no doubt turned off by heated tensions and court battles between religious conservatives and the gay and transgender communities, as well as abortion advocates, all of whom are being more welcomed to everyday society. And there are those who believe they shouldn’t be.

We’re pivoting on technology and information. Cell phones, the internet and social media have made us more connected some say, while others say it has killed in-person social interaction. We’re pivoting on education: what we teach future generations and how we teach them. We’re pivoting on how we pay for healthcare; what’s appropriate attire, speech and behavior; and if we should say “Merry Christmas” or not.

Now, all of these things, and there are many more, have been brewing for some time. They all just happen to be pivoting at the same time. And they’re not pivoting because of any one person or one group. Our division would still exist no matter who controlled the White House or the Congress or who marches in the streets holding up signs.

It’s our reality now. We’re again at the crossroads of what America has been and what it will be. And like in 1865, these tumultuous times leave many of us worried, doubtful and uncertain. They leave us hopeful, optimistic and driven. But after 1865, after all we had been through, we emerged stronger and better than before. It is my expectation, it is my hope, that we will do so once more.

Vision Quest
Sammys Gets Its Moe.-Joe Working
To Top