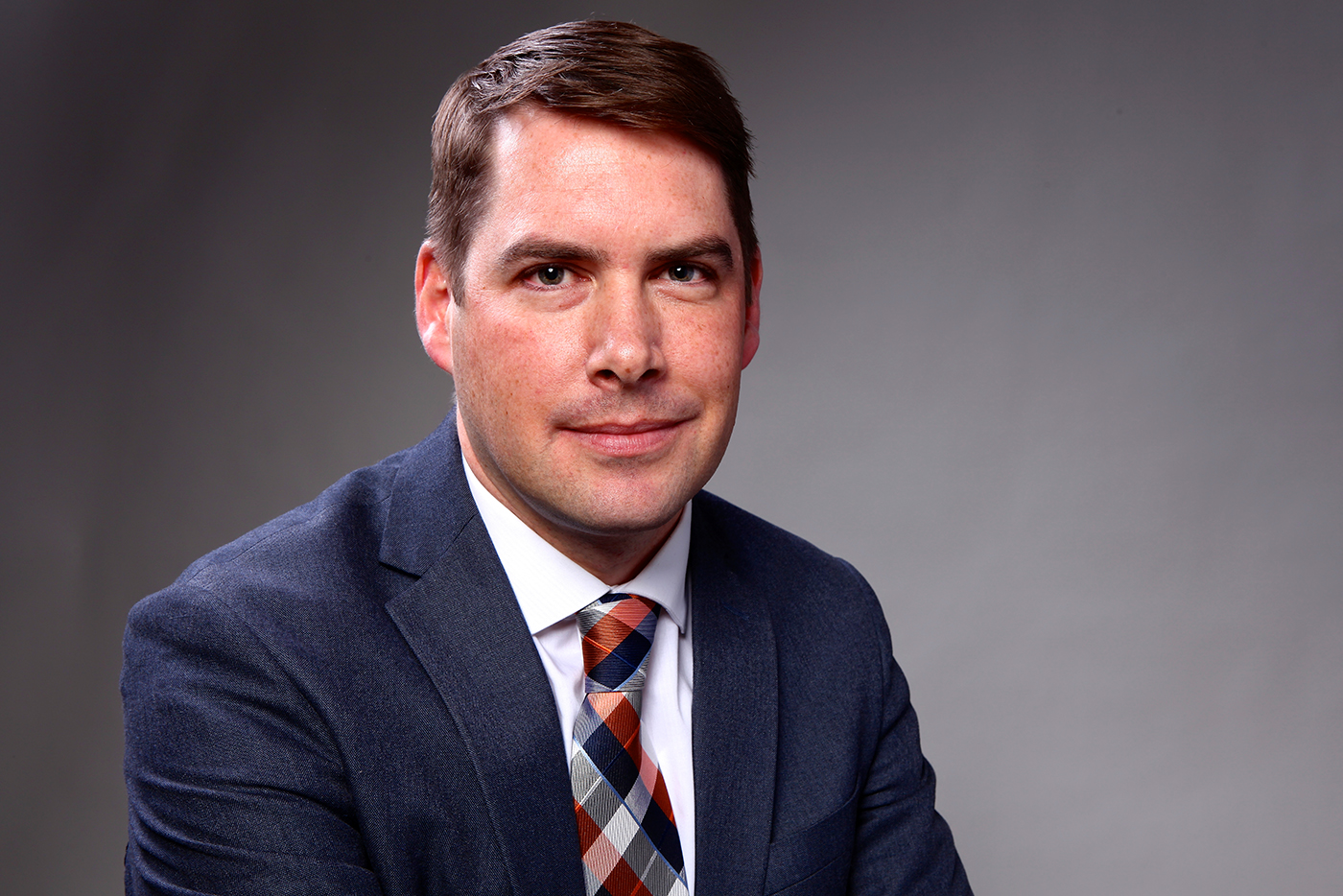 All in the Family: Syracuse mayoral candidate has bloodline in city politics

Mayoral candidate Ben Walsh has a bloodline in city politics.

“My dad always joked that it was my destiny to go into public service,” Ben Walsh says. “At the same time he never really pressured me and never really brought it up. At the same time, I’ve always wondered. I remember the first time he brought it up and it’s stuck with me, and I’ve wondered if it was in the cards for me from the beginning. But either way, whether it’s a coincidence or something more than that, I am the third second son.”

And now Ben Walsh is running for mayor of Syracuse. 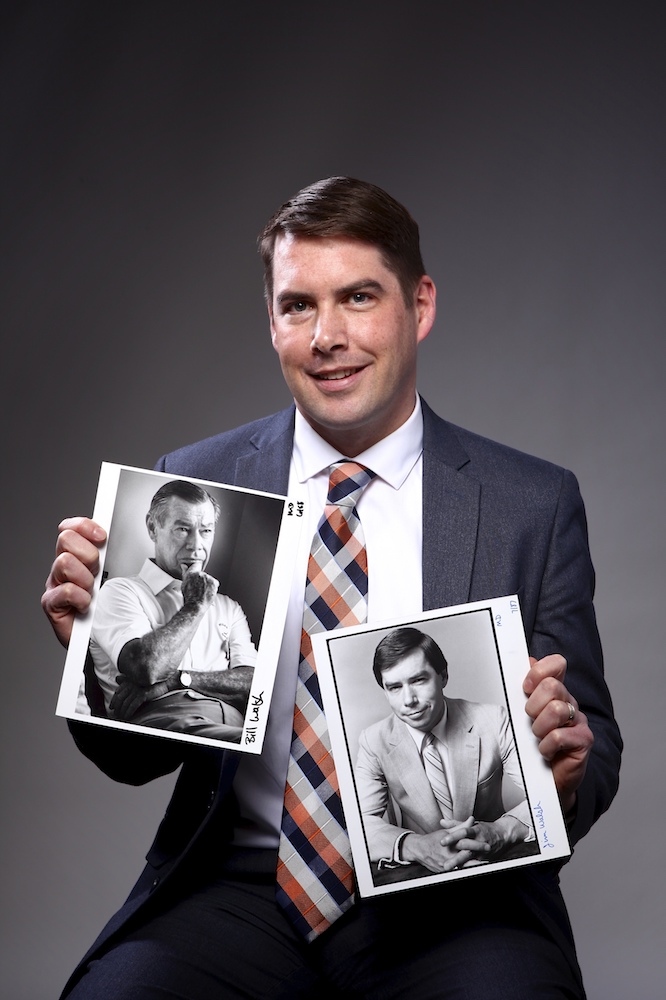 Jim Walsh, the second-second Walsh son who was a Congress member for two decades, insists there’s no Hibernian mythology to aspire to with the rank order of births. But the resume built over the last three generations announces the degree of political impact attainable by one Central New York family.

Jim’s father was Bill Walsh, first elected Onondaga County welfare commissioner when that office was still on the ballot in the late 1950s, followed by stints as Syracuse mayor in the 1960s and in Congress during the 1970s. Jim served as 3rd District common councilor and council president before his 20-year tenure in Congress. (Bill Walsh’s first son Bill logged time as a County Court judge; his daughter, Martha Walsh Hood, is a supervising judge with the 5th District Family Court.)

All that impressive family connection, however, may not help much in Ben Walsh’s quest for the big chair in City Hall. An independent not enrolled in a party, he faces a 3-1 Democrat edge among city voters. And GOP County Chair Tom Dadey has already expressed his preference for LaFayette schools superintendent Laura Lavine on the party’s mayoral ballot line.

Undeterred, Ben Walsh now contemplates the possibility of other ballot lines. Ultimately, with a master’s degree from Syracuse University’s Maxwell School of Citizenship and Public Affairs and six years working with the current administration, he is ready to run as an independent.

There are certain qualities any mayor has to have, which I believe I possess. First is a manager. The mayor has to be able to effectively and efficiently manage city government: basic city services, picking up trash, paving and plowing the streets, keeping neighborhoods clean and safe. The mayor also has to be able to manage people, and the best way to do that is to make sure you surround yourself with the right people. And that’s what I intend to do.

The mayor also has to be a consensus builder, something I have a proven track record of being. That means you have to bring the right people together to solve problems. Doesn’t always mean you have to agree with everyone. Doesn’t mean you necessarily have to get along with everyone. But the mayor has to be able to develop and nurture relationships with those who can help them advance the community’s collective priorities.

And finally, the mayor has to be a leader. Maybe some people take that as a given, but it’s critically important. Leaders have to make tough, oftentimes unpopular decisions. At the same time leaders need to be able to rise above the issues that divide the community and focus on what brings people together to work toward a common goal.

Should we metropolitanize, or whatever the current terminology, the city and county governments?

The issue of city-county consolidation, modernization, has been around for a long time. Actually, 11, 12 years ago when I was at the Maxwell School getting my master’s in public administration, my capstone project was helping Syracuse 20-20 with a report on government consolidation.

From my perspective, especially having spent six years in City Hall, the way that I look at it is there is a lot of opportunity for efficiency within government, both intra-government, within city government, and inter-government, between the city and the county and other municipalities. Those opportunities have been around for a long time and will continue to be around, and it really requires leadership and the right people to work together. In terms of a full-scale consolidation, I think that the only way that should happen is by a vote. Up to this point we’ve had trouble tackling the low-hanging fruit.

If  there’s a more difficult question than consolidating city and county government, it would be the school districts. As the father of two young girls, one who is currently in the city school district and one who will be in a couple of years, that issue is near and dear to my heart.

From my own personal experience, I’m thrilled with the education my daughter is receiving in the city school district. But the reality is that not everyone in this community has the same access to a quality education. That’s unconscionable. That should not be acceptable to anyone. One of the reasons I feel comfortable with the decision that we made for schools was that we had options. There are many parents who don’t. 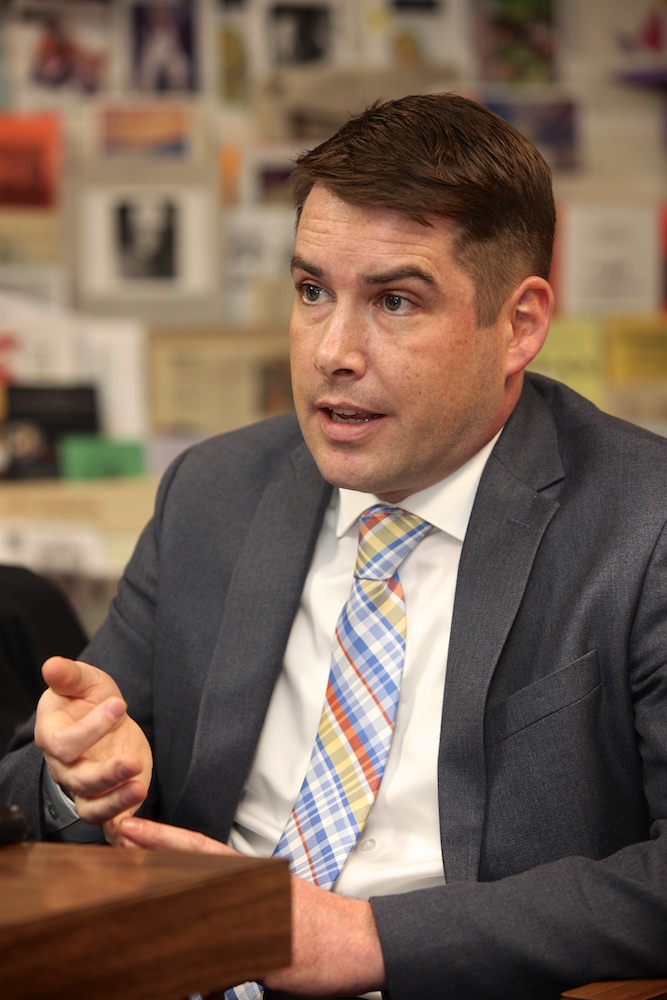 I’m of the opinion that the elevated viaduct that currently divides the city should come down in favor of what is being called the community grid model by the New York State Department of Transportation. The idea being that we use the existing street grid with some enhancements to accommodate whatever additional traffic that comes off of 81, any local traffic. The through traffic would be rerouted on 481 with some enhancements.

Right now, if you look at trends and statistics across the country, less and less young people are even driving, and if they are driving they are waiting longer to get their driver’s licenses. At the same time we have autonomous vehicles, cars that are driving themselves on city streets. If you look at the direction that transportation is going in this country, why would we rebuild 20th-century infrastructure for a 21st century that is moving beyond that?

As the former city economic development director, I have some strong opinions on this. One thing that gets lost in the debate about economic development is that Syracuse and upstate New York is a challenging place to do business. Doesn’t mean it’s impossible. When you look at what has happened over the past 50 years or so, it’s evident that it’s not the most competitive place for a lot of people to do business. We need to recognize that, and support those who are willing to make an investment in our community, and understand the correlation between the actions of government and how that impacts those who are making the investments.

All development is not created equal. It does not mean that anyone that’s willing to invest in this community, regardless of what they’re investing in, that we should just open up the flood gates and get out of the way. We need to be mindful, particularly when we’re considering whether or not to invest public resources, to make sure that it aligns with our collective economic development priorities, the type of development that adds the most value to the community. Jobs, of course, is an important consideration, and who is benefiting from those jobs.

We have to do something. With the recent reports that have come out, while they have been effective in getting people’s attention, I think that most people who have been paying attention, particularly people in the marginalized communities that have been hurt the most by the status quo, they’ve known this for a long time. This isn’t new information. But that does not decrease the emergency that we need to do something immediately about this.

The way I’ve gone about trying to be part of the solution is that we need to start breaking down some of these barriers that have limited our abilities as a community to grow, and grow together. There are neighborhoods that are one or two blocks away from each other, and they are a world away. There are people who grow up in this community that never go outside of a few-block radius.

Development and opportunity are about relationships. That means having really difficult discussions that people aren’t comfortable with, including discussions about race and discrimination, discussions that we, as a community, have not been willing to have often enough.

As a political consultant these days, former Congress member Jim Walsh knows to keep emotion out of the business, and at times needs to make what he would rather not call educated guesses. A 20-year tenure as the local representative in the House helps with perspective, but about a year ago he was confronted with a tough one on both items.

“He raised it with me,” Walsh recalls the approach from his son Ben considering a run for Syracuse mayor this November. There was, however, an ironic element to the inquiry. “He’s not interested in politics,” the father says of the son. “He’s more focused on governance than on party power politics. He’s interested solely in becoming mayor.”

An initial thought was for Ben to run as an independent — he is not enrolled in a party — with Republican endorsement, since both his father and grandfather Bill were dominant figures in city and congressional GOP politics. “It would be a tough path,” Jim Walsh reflects. Especially since Republican Party County Chair Tom Dadey has expressed his preference for LaFayette Central School District Superintendent Laura Lavine on this fall’s ballot for City Hall.

But with a dozen Democrats expressing interest, the potential for knockdown, drag-out primaries in both major parties, and the emergence of special interest ballot lines, Jim Walsh sees the possibility of a three- or four-way race at the top of the ticket.

Jim Walsh cites passion and managerial skills as crucial to command leadership in the quest to solve the problems of a “second tier” city in the 21st century. “The big cities are coming back,” he notes, predicting a rebirth for urban America in the next 25 years. “Young people want to be downtown. All forms of economic development will be focused on the cities. This city needs a good manager who can create the best team.”

Recalling the role his father played in support of his own political initiation, Jim Walsh insists, “I will play no formal role in this campaign, but I will be there if he wants to talk.”