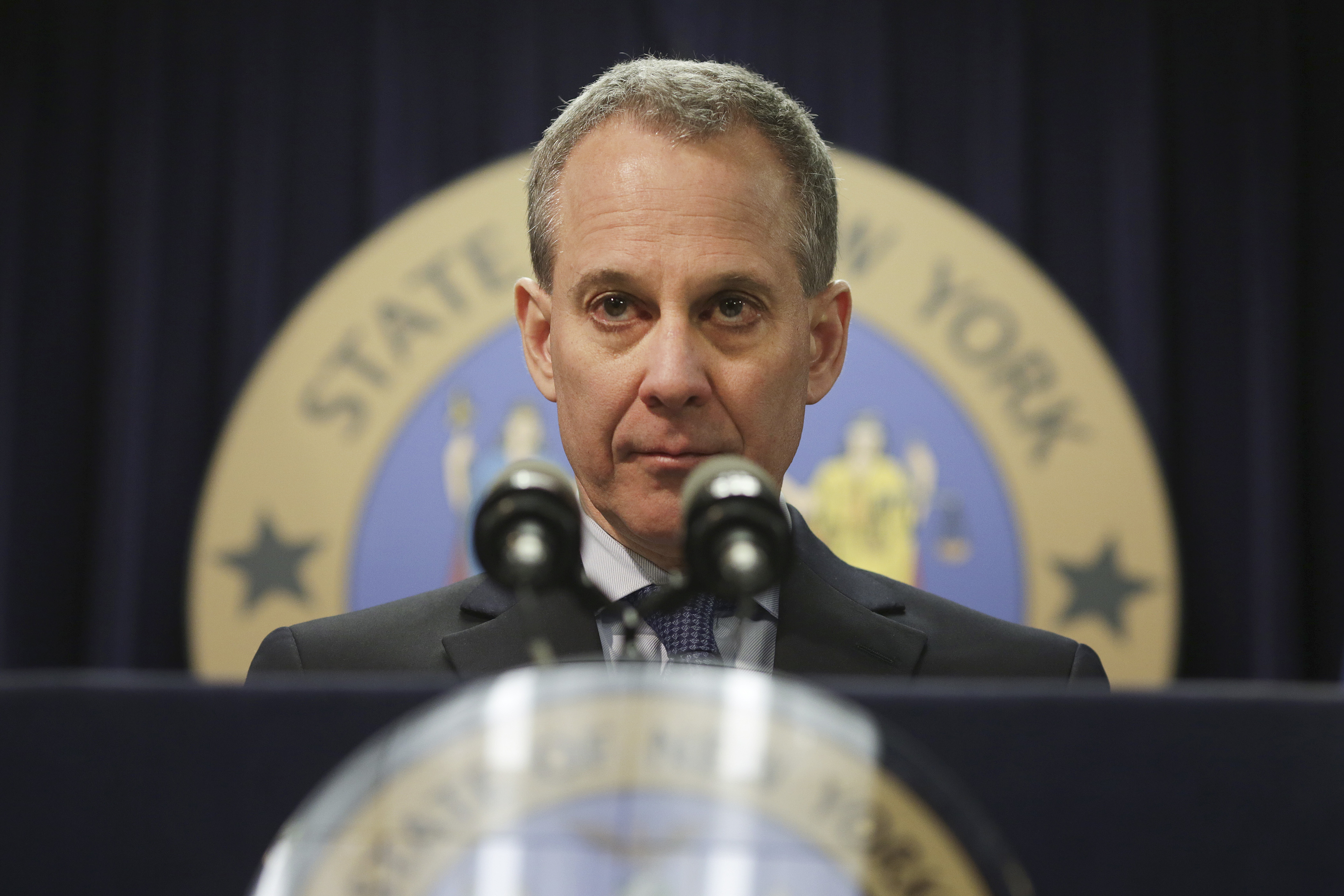 At 6:46 p.m. on May 7, Eric Schneiderman was the attorney general of New York state. Nearly three hours later, he announced his resignation.

At 6:46 p.m. on May 7, Eric Schneiderman was the attorney general of New York state. He was a reliable ally to progressive Democrats. He was riding on a 52 percent approval rating, was almost certain to win re-election to a third term in November, and had a rising political profile that put him on a path to succeed Andrew Cuomo as governor whenever that time came.

At 6:47 p.m., The New Yorker magazine published a damning story featuring four women accusing Schneiderman of choking, slapping, threatening to kill them, and other forms of physical abuse.

The results of a non-scientific poll of SNT readers following the resignation announcement.

The damage was extreme. Two hours and 58 minutes after the story was published online, the attorney general announced he would be resigning.

In less than three hours, the man who had been the lead face in the lawsuit against movie mogul Harvey Weinstein for his own accusations of sexual abuse had become the latest high-profile powerful man accused of the same, and was brought down by the same magazine that helped spur the #MeToo movement.

It was a stunning and dramatic fall from grace — one that adds Schneiderman’s name to the long list of New York officials who have been forced to leave office because of scandal.

One might say that these allegations, as troubling and disgusting as they are, have no impact on Schneiderman’s ability to fulfill his duties as attorney general. On the contrary, Schneiderman’s alleged actions fit right in with the culture of Albany that makes it an embarrassing symbol of legislative wrongdoing and an ethics desert.

It was one decade ago this spring when then-Gov. Eliot Spitzer resigned after being caught on a wiretap arranging to meet with a prostitute at a Washington, D.C., hotel. Spitzer became the first New York governor to leave office because of scandal in nearly a century.

His immediate successor, David Paterson, had to pay a $62,125 fine for taking free 2009 World Series tickets from the Yankees and then lying under oath about it.

Cuomo himself came under fire in 2014 when he shut down the commission he created to investigate corruption in Albany — once it became known that they were investigating his office.

And there’s the fact that 40 other state officials have been sanctioned, convicted, or accused of criminal activity since 2000, including former Assembly Speaker Sheldon Silver, whose retrial of his 2015 conviction of wire fraud and extortion is ongoing.

Schneiderman and Spitzer aren’t the only New York government workers whose careers collapsed over sexual or generally abusive behavior. Sam Hoyt, the former state assemblyman and regional president of the Empire State Development’s Buffalo office, was accused by Lisa Marie Carter of groping and kissing her. Former Assemblyman Vito Lopez resigned in 2013 due to former aides’ allegations of sexual harassment. Ten years before that, Michael Boxley, an aide to Sheldon Silver, was arrested in a rape case. In 2009, Hiram Monserrate, a former state senator from Queens, was convicted of domestic violence.

While taking millions of dollars in bribes and sexual assault are two different crimes with two different consequences, they stem from the same New York problem: people (mostly men) entrenched in power, who then decide to abuse that power, and at the same time use that power to do the abusing.

That problem is one New York has known more or less since its founding. Since it is one of the most populous states in the country, and its namesake city happens to be the financial and entertainment capital of the world, its influence is magnified and those who drive the influence are paramount.

We can talk about ethics reform and domestic abuse legislation, which ironically was in discussion in the Assembly during Schneiderman’s takedown. We can talk about closing campaign finance loopholes and passing laws that crack down on sexual harassment.

But we all know it’s the fundamental way Albany operates that has to change in order to prevent any more Silvers, Spitzers or Schneidermans from using their public positions for personal gain and believing they are above the law.

This is the same system that Eric Schneiderman publicly railed against, and the same one that ultimately he became a part of. That’s what makes changing it so hard.