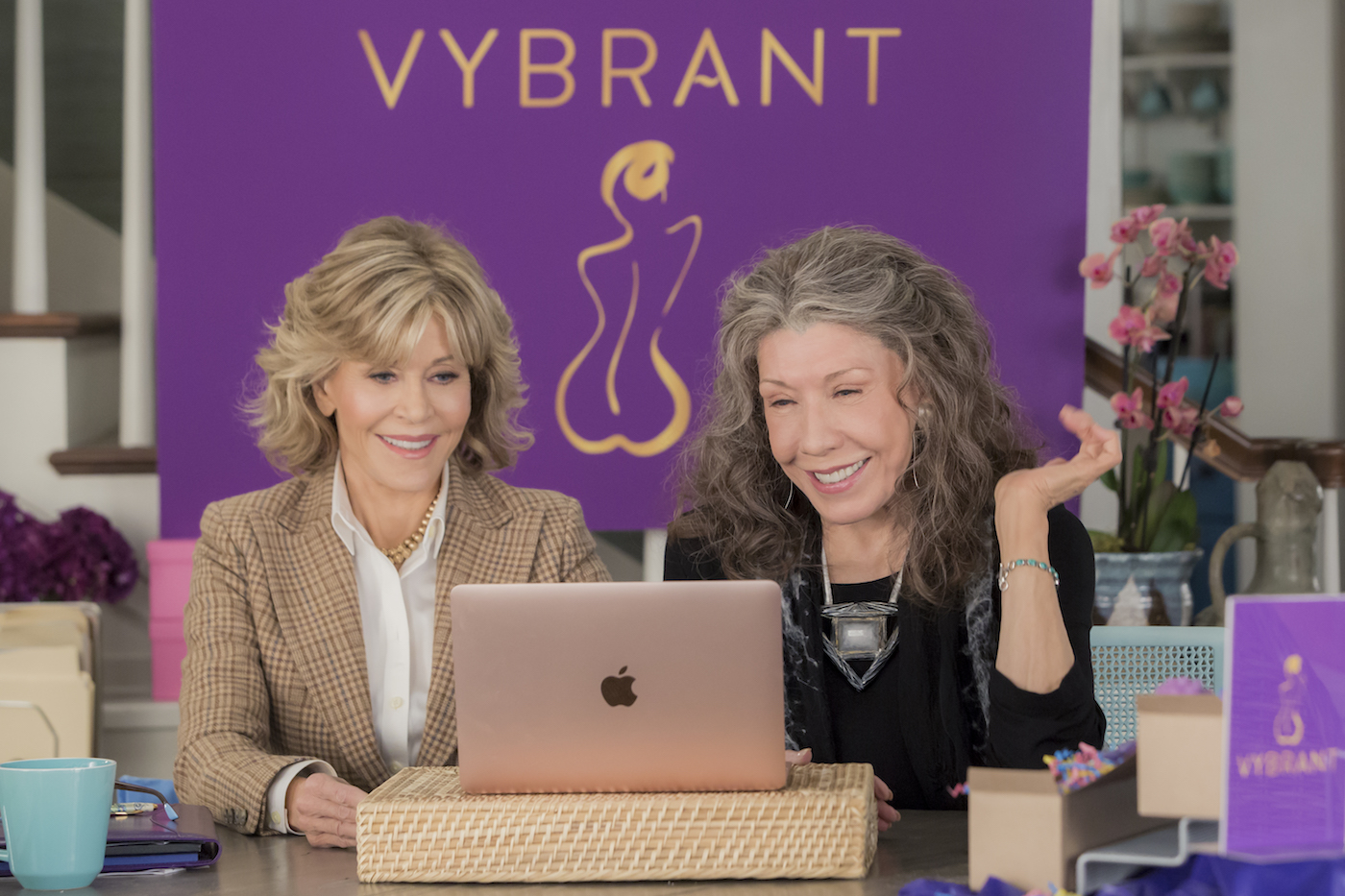 “Grace and Frankie” supplies the laughs, while also tackling matters of aging, coming out.

With comedy superheroines Jane Fonda and Lily Tomlin standing at center stage, Grace and Frankie exposes misconceptions about the limitations of age, all while enchanting and tickling the funny bone of its audience.

Since its highly praised premiere on Netflix in 2015, Marta Kauffman and Howard J. Morris’ Emmy-nominated series has continued its trend of debunking stereotypes of what it means for a woman to age. After learning in the series premiere that their husbands were gay lovers, the show’s eponymous main characters quickly had to relearn how to be independent. Grace (Jane Fonda) started dating again, and Frankie (Lily Tomlin) started making sexual lubricant out of locally sourced yams — all while dealing with the monumental effect their husbands’ revelations had on them.

At the end of the second season, the two announced to their families that they would be starting a new business, Vybrant, together: making and selling vibrators for older women with arthritis. This transition into the sex toy business may bring pause to some, but it also draws attention to an important issue. One that is often not talked about because of the negative stigma surrounding women’s sexuality, regardless of their age — the show proves that older women can (and will) be just as sexually active at age 75 as they were at age 25.

Like their characters, Fonda and Tomlin have developed a clear friendship since the show began. In the third season, viewers will laugh, cry, and gasp in astonishment as they watch Grace and Frankie continue to navigate their lives as single senior citizens.

Fonda and Tomlin are backed by an increasingly compelling ensemble that ties the show together. The performances of their ex-husbands, Robert and Sol (played respectively by Martin Sheen and Sam Waterston), are particularly exceptional. Robert and Sol’s relationship, which they spent decades hiding, serves as an integral parallel plot to that of their ex-wives; their fight for gay rights as older gay men who spent most of their lives in the closet is an important glance into the activism of older LGBTQ folk. “Personally, I’m done being in any kind of closet,” Sol says to Robert in a powerful moment of self-realization.

This new season is by far the strongest of the series, shoring up the notion that Grace and Frankie is one of the best television shows on Netflix. From Tomlin’s one-liner’s that inspire pure, unadulterated laughter (“I bet the first focus group for anal beads was a disaster, too.”), to the serious conversations that the two must have about their futures as businesswomen in their 70s facing the harsh realities of aging (“Every day my body tries to tell me how old I am, but today’s the first day I hear it,” Grace muses after the duo simultaneously throw out their backs), Grace and Frankie’s third season is undoubtedly one of the highlights on Netflix today.

Grace and Frankie is proof that life doesn’t have to come to an anticlimactic halt after a certain age. Older people, particularly women, can and will continue to thrive in their careers, in their friendships and in their sex lives, and there is absolutely nothing wrong with that. While the show is brilliantly funny, thanks to the genius of Fonda and Tomlin, it is its unabashed discussion of sex, love and growing older that makes Grace and Frankie such an enjoyable television show.