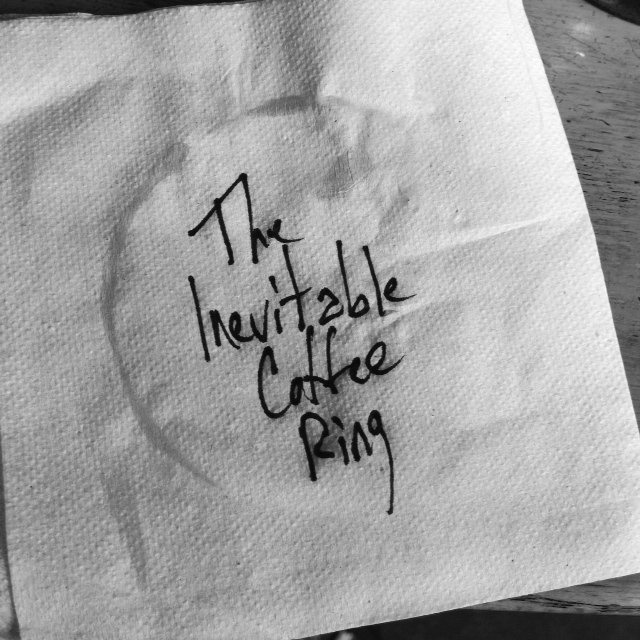 In fact, this post is not about a wedding.

Sometimes running away from your issues is possible, but they say that it’s not good for you. Sometimes listening to music is the route that one can take, but it can be combined with the former. And so it was done, running away (or trying to) from issues for the sake of music. We can be moved by such simple things. It’s time to drive. It’s time to throw on some music and sing and dance and shout and scream and laugh and cry … and to all add up to something that has been said before, a thing that had inspired the has-yet-to-be-finished novel.

There was a band called the Penguin Cafe Orchestra, which orchestrated “Music for a Found Harmonium.” The song was covered by Irish musician, Patrick Street, and his version was featured in Napoleon Dynamite.  The scene cuts away, and the the phrase letting the viewer know that there is a wedding about to take place. No wedding actually occurs, but the music is the song listed at the beginning of the paragraph.

In fact, this post is not about a wedding.

Like any story, the Rule of Three comes into play when considering may aspects. The weekend essentially begins Friday evening, which means the weekend spans across three days. Three days my mind was free to consider purpose. One day to talk, one day to semi-converse, and one day to not talk at all to the girl I’ve been seeing — a tug-o-war game of silence. Since then, I caved. Whether or not we both end up face-down in a mud puddle has yet to be determined. And so three different genres of live music were basked in on Saturday. The call to adventure was not to be ignored with hope that my mind would put up a solid blockade against negativity. Unfortunately, due to the porous nature of the blockade, this is what happens when you go cheap on yourself, the blockade proved semipermeable.

Ergo, you cannot run away from your drama. You can’t drive away from it either. I first found myself back at Beak and Skiff and it’s 1911 Spirits. The apple orchard and distillery had its third installment of the concert series, which featured The Hackensaw Boys. This Virginia-based quartet covers folk, rock, Americana, bluegrass, country, and whatever genre you’d like to tack onto them. Fellow SNT contributor, Micha Crook, covered the event, so be sure to check out her piece. The band was nothing short of fun, the type of band you want surely to see, and they got a kick out of the plethora of little ones taking such an interest in their music; they stole the stage in terms of dancing. (Please notice the 2001: A Space Odyssey monolith in the picture.)

Next, it was off to the New York State Blues Festival to see Dana Fuchs, whose voice is the equivalent of the Janis Joplin for my generation — boy, can she heighten and control her screams. Yes, she was in Across the Universe. Clinton Square was packed for the act and in preparation for Mark Hummel and the Garden State-Lone Star Revue. Unfortunately, I could only stay for the first song as meeting friends over at Tipperary Hill was the next spontaneous appointment. The annual St. Patrick’s Irish Festival was happening in the church’s parking lot. Mere Mortals, a local favorite, was busy lighting up the stage with everyone’s favorite party songs. The dance floor was absolutely packed, and the carefree and dancing patrons spilled out of the tent — some of them quite actually spilled. It did look like a wedding, Mere Mortals are the band you want for your wedding, and this was probably due to the songs and dance floor. The casualness of the attire could possibly be the best idea for a reception, despite taking away from the formality of a wedding, which (the latter) I vouch for.

Rosie’s Sports Pub & Grille was next on the agenda, because it was a friend’s birthday. He’s a great guy, and it was wanted to hang out for a little bit before calling it a night. Apparently Rosie’s was having an 80’s night; who knows, really, because the pub does a lousy job of updating its website. It would explain the two-and-only-two patrons that actually dressed up for that purpose — no one knew. There were the patrons wearing way too many glow sticks, which is typical of these early 20-something’s and their preference to half-ass things really, really well. The redeeming aspect: despite the 80s tunes, some more cheesier than others, the DJ — not sure of his name — did a fantastic job.

As for me, I kept the same outfit that I had on that day: shirt and tie, pants, and shoes. This was met with a boost from a friend: “Chris! Look at you! A tie? This is Rosie’s!” We laughed about it. Yet, frankly, it puts things into perspective with me: The same guy then encouraged me to get on the dance floor. The wallflower that I am opted out of it. I like to dance, but not that dancing. He then asked me what I was going to do at our friend’s wedding. The music slowed and muffled at that moment, as if he and I were in a vacuum during our conversation. My reply: “I guess that I don’t know …” The joking thought of my being consistently able to eke out a dance with a stranger in the last moments of a wedding crossed my mind. This year, I am (or was?) supposed to have a date, and the date in question likes to dance, complimenting me. A glimpse of worry crossed my buddy’s face, the music returned to normal, and we ventured down our own paths for the evening.

Flip-the-creamer-thimble-with-a-spoon, a solo physics-driven game played especially at diner brunches (helps hangovers), is kind of frowned upon at special occasions. There are perks to being a wallflower, but it helps to learn to blend in while doing so. To make things over-dramatic: my coffee is taken black.

A couple days prior, another friend told me that getting married shouldn’t be an option. (It was hard to tell if he was serious or not.) A few years ago, this time of year and at The Gathering literature conference, young adult author M. T. Anderson told me the reasons why he and his wife were not bringing children into this world, and the reasoning was logical. However, the Anderson family dynamic could have expanded since. He told an audience of mostly older adults, but my late-20’s self was listening as if he was talking to me. We did talk afterwards about life and Syracuse (he went to S.U.).  My friends and family, married and unmarried or separated, influence me. Those friends, who have kids, have pretty damn amazing kids. It brings forth some jealousy. It’s fun to live vicariously through, but part of me definitely wants that family aspect in the future.

To ease my stressing, Annie Hall was watched. Then …

… a spontaneous panic. My person could have been found looking though my stored belongings in the crawlspace. A notebook was come across, and the front of it was later dismantled to get rid of a Pagan emblem — this was a gift. A book, Freethinkers by Susan Jacoby, was sought after and found. This process could be compared to preparing for an apocalyptic setting, but in 80s montage fashion. The fast pace of the scene could only mean one thing: the end of the chapter.

Why the end of a life chapter? Well, first, not all chapters are the same length. Secondly, consider the cliffhangers:

OK, so this post was partially about weddings. As it goes — more of then than not — I was wrong.