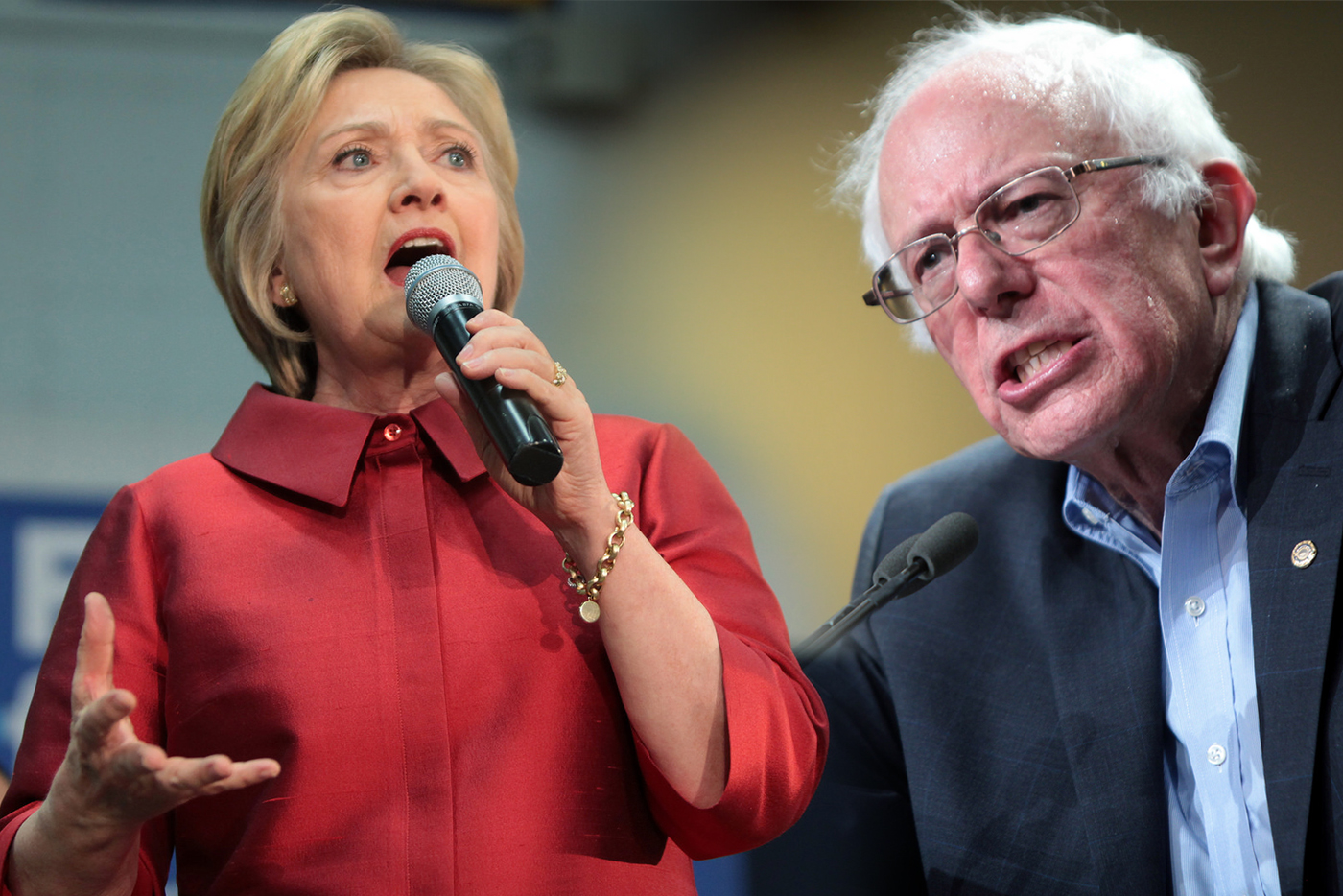 Could a democratic debate in New York be on the short-term horizon?

Republicans running for president don’t seem to agree much during debates. But now the Democrats can’t agree on whether or not to have one.

After next week’s Wisconsin primary and Wyoming caucuses, the race for the White House shifts back east and New York is the big prize for the Democrats — 291 delegates are in play and 247 will be awarded based on votes cast by registered party members.

Vermont Sen. Bernie Sanders’ campaign has requested that he and Hillary Clinton go head to head in New York before the primary for one last opportunity to win hearts and votes there. Surprisingly, the Clinton campaign has yet to agree to such a debate and their reasoning is completely preposterous.

On Monday, Clinton press secretary Brian Fallon told CNN that the campaign considers the request a “stunt” by a campaign “struggling” for attention and an effort to “get back on people’s radar,” according to USA Today. Following that, Clinton’s chief strategist Joel Benenson essentially said the senator needs to change his tone before a debate in the Empire State can be considered.

“This is a man who said he’d never run a negative ad ever. He’s now running them. They’re planning to run more,” Benenson said on CNN. “Let’s see the tone of the campaign he wants to run before we get to any other questions.”

Politics aside, the two Democratic candidates’ campaigns agreed to at least one debate in March, April and May. March debates were held in Flint, Michigan and Miami, Florida. The May debate is scheduled for California. The April debate has yet to be determined. As New York is the biggest contest delegate-wise in April, it makes perfect sense to hold the debate there.

So what’s the problem? Is Clinton afraid of something? She shouldn’t be. She was elected twice to serve as a U.S. senator from the state with favorable margins both times and defeated Barack Obama in the state’s primary in 2008 by a comfortable 17 points. Indeed, she is at present leading Sanders in the latest polls by double digits.

She has also proven to perform very well in debates, especially with an abundance of loaded questions for her regarding her authenticity and email situation.

Frankly, it’s easy for voters to view the debate hesitation as an inconvenience to the Clinton campaign. Many thought she would have the nomination wrapped up by now and could begin focusing on November ambitions, but Sanders isn’t backing down and it’s clear that it’s frustrating her.

It’s interesting that after Clinton’s ever-so-narrow win in the Iowa caucuses, she urged the Sanders campaign to a debate in New Hampshire before that state’s primary, a state Sanders was leading in the polls and eventually went on to win.

Debates can be make-or-break moments for candidates. Clinton faced some harsh inquiries at the one in Miami and probably isn’t warm to the idea of more right in her own territory. She also probably doesn’t want to debate Sanders, a native New Yorker, in the backyard of Wall Street — a trademark of his argument against her. Of course, another debate is always another opportunity for her to slip up. Many partially contribute Sanders’ upset in Michigan to Clinton’s accusation that he didn’t vote for the Detroit bailout — a complicated allegation, but is essentially false. Even so, the odds of a Sanders upset in New York are unlikely.

But addressing Sanders’ tone as a reason to not participate in a debate? That just sounds like whining. Like many others, I am asking “what tone?” In many negative ads, Sanders has hardly mentioned Clinton, by name that is. Indeed, the Vermonter has completely dodged Clinton’s biggest Pandora’s Box — her emails — something many other opponents would’ve milked to the end.

Furthermore, say Sanders has run negative campaign ads. This isn’t Clinton’s first rodeo. She has run for office before. She’s well aware that negative campaigning is part of the political game. The contest between Clinton and Sanders has been unquestionably calm and civilized. The “tone” Clinton’s aide talks about was much hotter eight years ago in the battle between her and Obama. That didn’t stop them from debating.

But beyond tone and advertisements is what’s really important about debates, and that’s an opportunity for voters to listen, watch and learn a candidate’s views and decide who they think is best to head their country.

Debates are one of the most important parts of our republic. There’s no teleprompter, no re-takes and little to hide. They are a series of questions asked by members of the public and the answers are heard by the public. They expose a candidate’s strengths and flaws. They reveal one’s cares and one’s character. They are in no way and should never be considered “a stunt.”

Government is full of secrets that we can’t imagine, and the more information there is, the more there is to keep secret. Debates serve as the last defense to combating those secrets. Debates preserve some sort of transparency between our elected officials and those who elect them. There’s no viable reason why New York voters should be deprived of that.