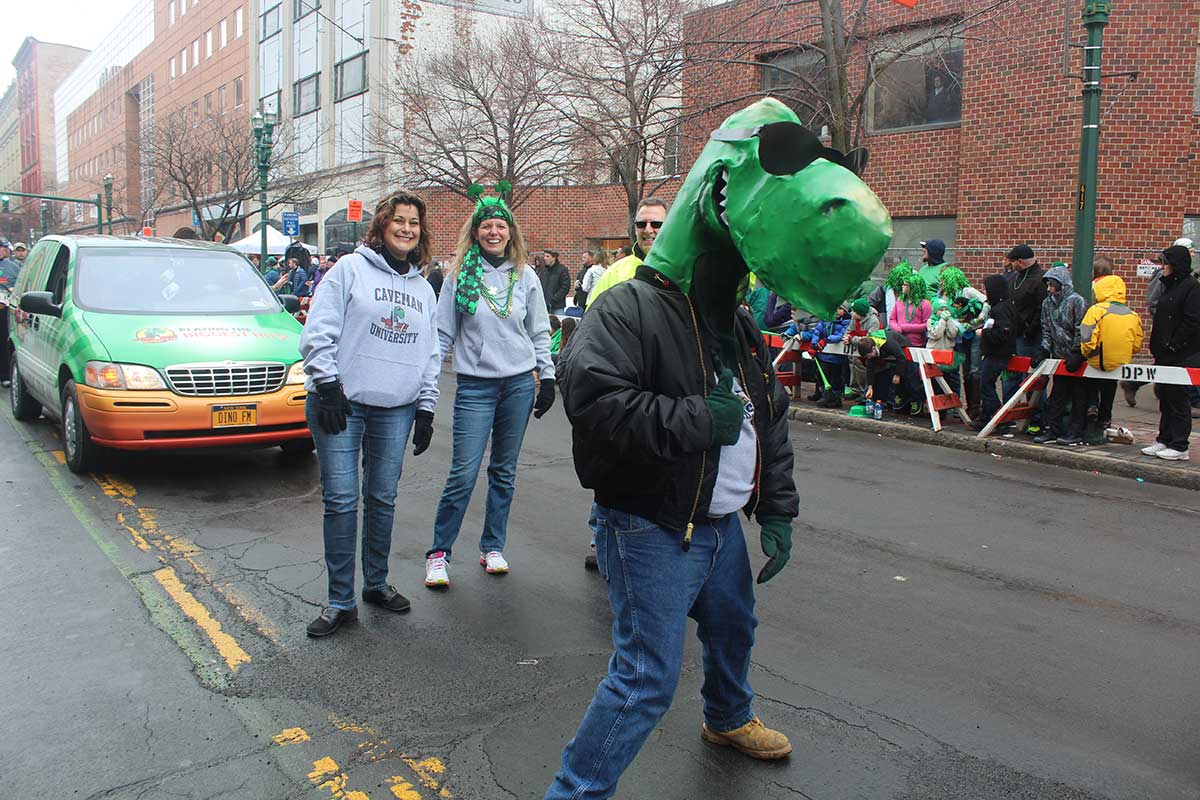 The Central New York anniversaries keep rolling along, and local radio is no exception. WSEN’s The Dinosaur, at FM frequencies 94.1, 95.3 and 103.9 broadcasting out of the longtime WOLF studios near the Inner Harbor, will mark five years with a fundraising bash on Sunday, Jan. 13, 5 p.m., at the Liverpool Holiday Inn, 441 Electronics Parkway.

The classic rock station officially premiered Jan. 20, 2014, after many weeks of temporary formats. That included three months of “Holly-FM” with a boatload of yuletide standards, followed by “WBTL,” featuring nonstop Beatles tracks. With radio stunts like that, local radio fans grew increasingly suspicious regarding the station’s ultimate plans.

When The Dinosaur finally launched, several familiar voices from WOLF’s yesteryear were heard for on-air duties. Nick Caplan, who handles the morning-drive microphone, was known as “Sick Nick” back in the late 1970s for WOLF. And afternoon host Bob Brown was also a long-ago WOLF fixture; he departed rival classic rock station WSEN after a long run and relocated to The Dinosaur.

“We represent the largest radio demographic of people from the boomers to the millennials,” Caplan crowed recently. “It will be a while before we are extinct!”

Caplan has also partnered with “Syracuse Music Authority” Ron Wray for the History of Syracuse Rock’n’Roll: Then and Now music series, an ongoing concert slate featuring more than two dozen reunions of Syracuse rock bands from the 1960s and 1970s. Rick Cua, The Sermon, Cross Creek, Sandy Bigtree Band, Campus Walkers, The Nightcaps, Carnage, The Livin’ Ennd and Don Barber and the Dukes were some of the musicians who participated in the well-attended gigs. Even former WSYR-Channel 9 personality Mike Price dragged out his Baron Daemon character for one concert.

This Sunday’s Holiday Inn celebration also functions as a benefit for Music for The Mission, an initiative involving many Central New York musicmakers. Admission will be $10, with local band Hard Promises providing the music. Co-sponsor Performance Harley Davidson will also have many motorcycles lining the venue’s hallways, with biker food such as pulled pork sandwiches available on a special menu. For information, visit their website.