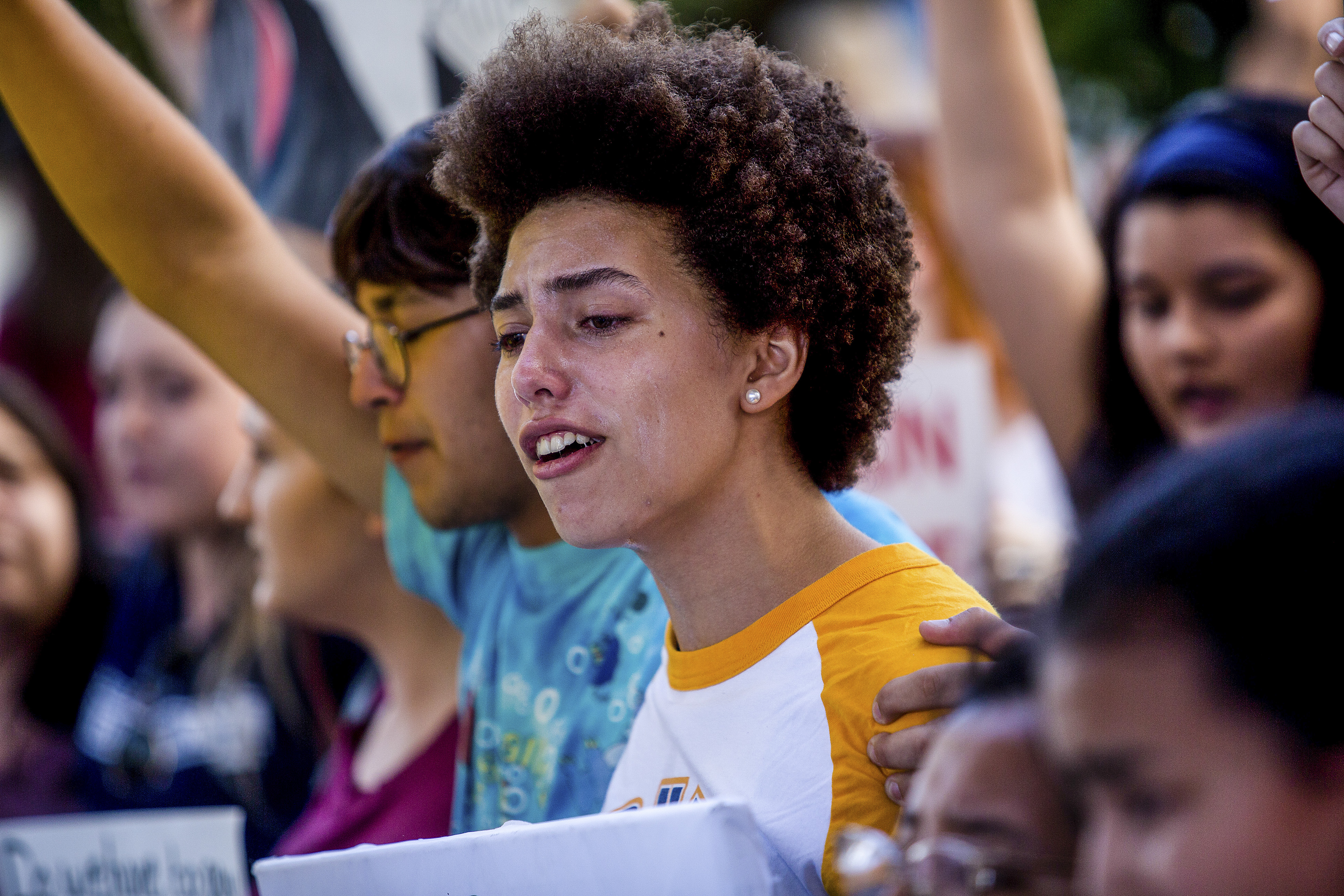 Nicholas Dworet was a 17-year-old high school senior who planned to attend the University of Indianapolis in the fall as a member of the swim team.

Gina Montalto was a 14-year-old member of the winter guard on her school’s marching band and was also a gifted artist.

Alaina Petty, also 14, had put in volunteer work after Hurricane Irma hit her home state last fall. She was also a member of the junior ROTC at her school.

Those futures were tragically cut short by one of their own — Nikolas Cruz — himself a 19-year-old former student at Marjory Stoneman Douglas.

Three students among the 17 people killed in the senseless mass shooting last week at Marjory Stoneman Douglas High School in Parkland, Florida. They were inspiring young individuals who had promising futures ahead of them.

And while Cruz definitely has a special place in hell for his unfathomable act of carnage, he is not the sole example that we have erred in properly teaching and nurturing our nation’s school students.

As Parkland students mourned their losses, and as students across the country experienced new fears about going to school, there were other students who either decided to take advantage of the tense timing or accidentally stepped over the line between humor and harm. The days after the shooting saw a barrage of Cruz copycat-style threats or misinterpretations across the nation that resulted in closed schools, terrified parents, frantic law enforcement, and in many cases, students facing criminal consequences.

A 16-year-old student in North Carolina got off a school bus and threatened to return the next day and kill people, then mimed raking the area with gunfire. An 11-year-old girl in Florida was accused of leaving a note under an assistant principal’s door threatening to bring a gun to her middle school and kill people. In Arkansas, a student was arrested for allegedly threatened to “shoot up the high school like they did in Florida (Parkland).”

New York state saw its own rash of cases. A student at a Rensselaer County school was charged following a Snapchat-style threat. And a 12-year-old student at the Port Byron School District, in Cayuga County, was charged with making claims of harming students on social media and during school hours. It came to a point where Gov. Andrew Cuomo on Friday ordered increased state police patrols at schools across New York.

While we might be at a loss to explain what would possess Nikolas Cruz to go on his deadly rampage, we should also ask what would encourage groups of pre-teens to allegedly threaten to kill people at their schools in the wake of such a tragedy, or ever for that matter.

In most of these cases last week, the threats were either hoaxes or threats police believe were never intended to be carried out.

But now that we live in an age of marriage between frequent mass shootings and mass information spreading through the internet and social media, that no longer matters. A hoax can no longer be ignored. A joke can no longer be an excuse.

Nearly two decades after Columbine, one decade after Virginia Tech, five years after Newtown and mere days after Parkland, actual school shootings are just as much a reality as the thousands of threats we see every year that try to imitate them.

That means we must now dedicate ourselves to teaching our youth about the seriousness involving school threats. We must instill on them that any word, any gesture or any internet post that somewhat resembles endangering fellow students or anyone associated with a school environment will not be tolerated — whether it’s intentional or not.

Clearly, the threat cases mentioned earlier — cases that don’t discriminate by state, background or individual school security measure — means we need to do better at doing that.

It’s not just important because it involves the safety of our students, but rather, the safety by our students. In preventing school threat cases like these, no administrative policy, no gun control law, no change in security, no emergency drill and no stricter repercussion is going to help keep our students safe as much as the students themselves. In many ways, they are their own best defense.

But for them to help themselves, we must help them first. School children may be young and naive, but they are definitely capable of grasping the gravity of the current mass shooting culture we now live in. We just need to give them a chance to. And if we do, we will make them better students, who will then turn into better adults. We need more Nicholas Dworets, Gina Montaltos and Alaina Pettys in our schools, and fewer Nikolas Cruzes and those who were inspired or humored by him. Indeed, we owe it to all the victims of school shootings to change our ways.

Despite the shootings we see all too often, our nation’s schools are more safe than not. Teaching our students that making threats is not a game, that it is not funny, will only make them safer in the end. Seventeen lives in a Parkland school may be sadly lost forever. But we can still save our livelihood.