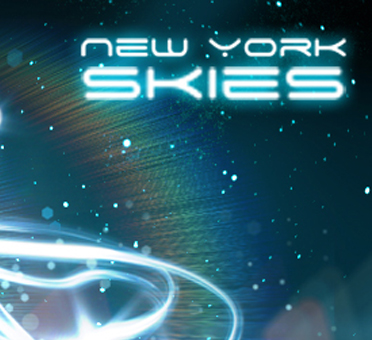 Global sightings are up 12%

We are nearly half way through 2014 and the current sighting trends for UFOs have increased.

When I started researching data for this blog in early 2013, the average daily global sightings for UFOs was about 12 sightings a day. Presently the sighting trend is still on the increase with a global daily average of about 25 sightings a day.

Current sighting trends for UFOs around the globe in May 2014 are up 11% over April. As well, this year’s global sightings are up 12% over 2013. New York State is number six in the nation for UFO sightings. This is not news to those who have been tracking the trend of increased UFO sightings.

Sighting trends for UFOs around the Global in May 2014 are up 11% over April.

Oddly, I read an article last year that stated that UFO sightings were at an all-time low and had been on a steep decrease since the 1980’s. Further the authors tried to suggest that perhaps UFOs were just an urban myth. My question to them is; what data are they looking at?

Now, there are some factual articles over the past year that point out that there was a dip in sightings in 2013 but this was after an unusually high sighting year in 2012. The 2013 numbers seemed to level off and were similar to what was seen in 2010 and 2011. But that was then, things are cooking in 2014 and sighting counts are up that’s for sure. To anyone who’s even mildly interested, there’s enough information out there to suggest that UFO’s have been with our human culture since Biblical times or longer. In chapter 33 of the US Air Force Academy Physic 370 text book (circa 1972) it stated that there was archeological evident that suggests that UFOs have been observing our culture for at least 40,000 years.

If you CLICK THIS LINK, you can see an interesting array of ancient art work that depicts images that seem to be strong evidence of UFOs in our culture’s primeval past.

Even in our literature there are dozens of tales spanning over 4000 years that suggest humans spent time with strange visitors and lost time. These people found themselves moved in time anywhere from days to decades to hundreds of years.

My friends, the evidence suggests that UFOs have been with us for a very long time indeed and seem to have taken an increasingly strong interest in our culture since 1945 when we detonated out first Atomic bomb. Since then, UFO activity has been on the increase and especially in the past twenty years.
Are we getting ready for First Contact on a very high visibility and undeniable scale with an off world space faring culture?

18 May 2014: at about 12:45 a.m. a motorist in Hilton, NY was five miles south of Lake Ontario, driving north and observed a very bright yellowish light. She initially thought it was an airplane but it was too big and it seemed to be getting lower and lower. She lost sight of the object when it went below the tree line.

15 May 2014: at about 11 p.m. a New York City woman was walking to a lady friend’s house. As she arrived there she observed bright orange light. As she looked closer she realized there were four or five very bright orange lights. She watched them for perhaps two minutes as the lights hovered stationary. She quickly told her friend and the two women watched as the bright orange balls began to disappear in the distance.

18 May 2014: in the evening a Somers resident out walking the dog witnessed a bright orange fire ball object flying north to south. At first she thought it was a conventional aircraft but then realized “Hey airplanes aren’t orange and don’t glow!” As she continued to watch the object she realized that it wasn’t making any sounds. Finally the Orange ball just stopped it’s movement and began hovering for a few seconds then it just disappeared.

18 May 2014: at about 1 a.m. a Rome, NY resident was star gazing and suddenly noticed glowing lights. He reports that the balls of light moving oddly, darting around and blinking. He tells us that in all he counted ten of the bright orange lights and noted that some of them seemed to move in pairs. Some of them seemed to wink out and reappear somewhere else.

We’re in Gemini Territory Now
One Contemplating Chimp
To Top