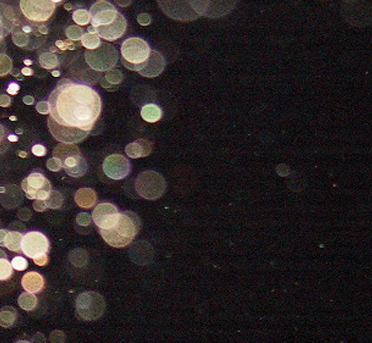 This story is about two interesting and perhaps related UFO sighting incidents on Long Island.

The first sighting was at about 10 p.m. in North Babylon, NY located in Suffolk County.

Harvey, a local resident, was walking up his drive way that evening and per chance glanced up and observed three red orbs. He tells us that for more than fifteen minutes he observed these objects several different times.

“They hovered, pulsated, moved slowly up and down and left to right. They eventually faded out at different times.”

When asked if the orbs could be Chinese lanterns, Harvey simply replied, “I think not.”

Within the same hour 23 miles to the west in Nassau County a resident of Westbury, NY made a similar observation.

It was about 10:50 p.m. and Dee had just taken out the trash out. While she was outside she decided to pick some grapes from a vine in her yard. As she finished she glanced upwards between her house and her neighbor’s house looking for the big moon. That’s when she noticed four disc shaped orbs hovering fairly low in the sky.

“All were whitish or very pale tinted bluish in color and the disks were traveling in a circular motion and all were evenly spaced.”

She says that she watched them hovering and rotating for four or five minutes. She decided to run into the house to grab her camera, when she returned moments later they were gone. She says she walked around the house and scanned the sky looking for them but they were nowhere to be found.

Dee spent the next hour or so calling around, trying to find out if anyone else had seen the objects. She even called the local television station and asked the news desk if anyone else had reported the UFO sighting; she was told no.

After a little bit of internet searching she found the “New York Skies” story archive and sent a full report to this reporter. Thanks Dee!

Let’s look at some other New York sightings:

4 August 2014: at about midnight a resident of Rochester, NY was walking her dog when suddenly she noticed a cluster of what she first thought were stars. She observed five or six lights in the sky that started moving in a figure eight pattern. After watching them for about ten minutes she noted that there was a line of at least a dozen of the playful lights. They were moving eastward.

9 August 2014: at about 10 p.m. a Holtsville resident observed a bright orange sphere that moved side to side then hovered for two minutes. The sphere changed color from red and back to orange several times. It flew off toward the south and disappeared.

10 August 2014: at about 10 p.m. four Manhattan residents were outside to observe the super moon. One of the folks pointed at an object hovering a few hundred feet away. It was oscillating black-ish/gray spherical object; after a few minutes it disappeared

10 August 2014: at about 10 p.m. several residents of Youngstown, NY witnessed an orange colored orb of light traveling northwest in the direction of Lake Ontario and ultimately into Canada. They estimate it’s elevation as approximately at 3000 ft.

11 August 2014: at about 1 a.m. a couple in Tonawanda, NY observed red to blue flickering lights in the northern sky.

13 August 2014: at about 9 p.m. a resident of Clifton Park, NY witnessed two bright lights moving from North to South. The lights were very bright yellowish orange color. Both objects were flying below the height of a normal airplane. They two objects made no sound what so ever.

13 August 2014: at about 9 p.m. several other residents of Clifton Park, NY observed five or six very bright orange orbs flying across the night sky in formation. The objects were flying at a relatively low altitude and they were totally silent.

For more New York Skies – click the image below: The Espresso Shot (#016)
Finding the Nerve
To Top